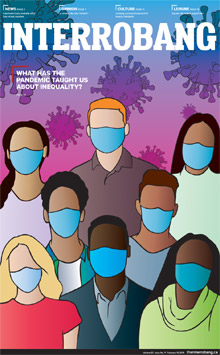 Rank and Vile show lives up to its name 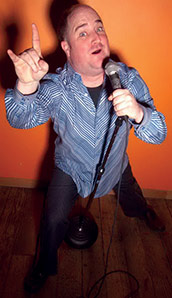 For some, this type of comedy may be unappealing, and for others it may be right up their alley, but it's “not to impress,” said Frost, who is hitting London with Robinson for the Rank and Vile Comedy Show from March 21 to 23 at Yuk Yuk's (900 King St.).

He was enthusiastic to mention that they're proud of their style of humour. “We don't hide it behind anything; you can't please everyone, and we're not trying to!”

What the Rank and Vile comedians take pride in is their new material and staying true to the style of comedy they set out to be. “‘Rank and Vile' sums it up,” Frost exclaimed. He also noted that they were to call their show “Double Penetration” but changed it for the sake of public opinion.

Love it or hate it, Frost and his crew don't plan to change any time soon. Check out Frost and Robinson's Rank and Vile show at Yuk Yuk's on March 21 at 8 p.m., March 22 and 23 at 8 p.m. and 10:30 p.m. Snag tickets at yukyuks.com. For more information, head to Frost's site at comedywhore.com.