Well, the summer music onslaught has just begun with a few key releases such as the new Tool and Hoobastank CDs that are rippin' up the charts.

One release has been highly anticipated by both old and new fans of this band: The Red Hot Chili Peppers. I have to admit that my love for the band has diminished with each new release after the amazing “Blood Sugar Sex Magik.” “One Hot Minute” didn't have the Pepper flare due to the absence of John Frusciante, “Californiacation” didn't have enough pep and I didn't even bother picking up “By the Way” because I didn't find the CD to have any lasting power. 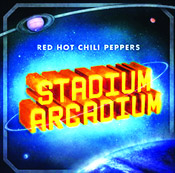 “Stadium Arcadium” seems to serve as a sort of anthology for the band. Included in this massive 28-song collection are songs that are lifted out of all the different sounds and styles that the band has used over their long career.

Most bands have a hard time creating one CD full of music that doesn't have the listener skipping some songs let alone trying to create a double CD (see: Nine Inch Nails' “The Fragile” or Smashing Pumpkins' “Mellon Collie and the Infinite Sadness”). The RHCP have no problem filling both CDs with excellent songs that keep your attention throughout.

There are some really killer tracks on both CDs but after numerous listens, I find disc two to be the stronger one.

The lead off track, “Desecration Smile” is probably one of the best songs the band has ever written that doesn't incorporate their signature funk sound. “21st Century” brings back that funk groove that the Peppers are known for and lets bassist Flea get back into his groove. It's also nice to hear drummer Chad Smith break out of this plain 4/4 drumming and laying down the thickness on the kit again on numerous songs.

Other standout tracks include the first single, “Dante California,” “Readymade,” “So Much I,” “Storm in a Seacup,” and “C'mon Girl.”

The band wasn't lying when they claimed that they were going all out on this disc. They please fans that have been with them from the beginning, without alienating any fans they've picked up over the last few years.

This CD is totally accessible to anyone who enjoys this band and will have more staying power in my CD player than RHCP's past efforts that came before the landmark “Blood Sugar Sex Magik.”

Part with your 18 bucks and pick this one for your summer parties and winter blues. I give it a nine out of 10.