MIA alumnus carves his way into music and film 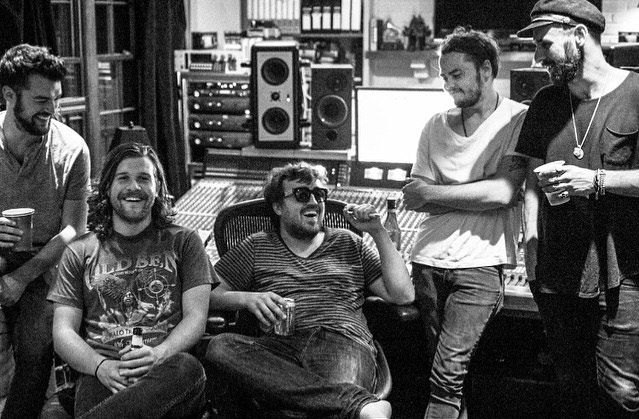 
Fanshawe Music Industry Arts (MIA) alumnus is proving to MIA students everywhere that there is a legitimate career pathway in the music and film industries.

At just 27-years-old, Alex Jarvis has worked with countless big names in the country music industry such as Luke Bryan, Rascal Flatts and Toby Keith, has scored two movies, one of which premiered at the Vancouver Film Festival and had one of the records he was the engineer, digital editor and programmer for break the top 20 and receive multiple nominations at CMT and the CCMAs.

Jarvis’s love of music began at a young age, with him usually being a drummer in the countless bands he was a part of.

“I’ve always been into music…I started playing in bands and then started recording in the studios and I got interested,” Jarvis said. “I grew up with a lot of people who were into [music] in my high school and that’s when I started to learn about production, just learning in my bedroom.”

Growing up mid-town Toronto, it was hard not to fall in love with music. His passion that was with him since he was young was what drove him to apply at Fanshawe.

“I wanted to pursue music as a profession and Fanshawe was my number one choice and I ended up getting into the MIA program,” Jarvis said with a look of shock admitting he was still amazed he was one of the students selected.

According to Jarvis, the MIA program is what gave him his strong foundation and allowed him to move on successfully in the field.

But according to his friend and Fanshawe’s international regional associate, Rubelyn Smith, it is his talent and ambition that has kept him on the path and awarded him the success he has achieved.

“Alex loved being in the studio with his peers or on his own,” Smith said. “He seemed to be endlessly working on projects and was always excited for new challenges.” Jarvis and his girlfriend, who is also a Fanshawe graduate, decided to move to Nashville, TN with nothing more than a fully-packed car a year after they left Fanshawe, because the music scene was easier to break into than the one in Toronto.

“It’s a smaller [music] scene in Toronto and extremely spread out, here [Nashville] it is an even bigger [music] scene, but a smaller city,” Jarvis said. “The community is small and it is easier to network.”

And networking is exactly what Jarvis did when he got there, getting noticed by Grammy Award winning engineer Mills Logan who took Jarvis under his wing.

“From there it kind of took off; part of it was just being in the right place at the right time, but after four or five months of being in Nashville I did a Toby Keith record.”

When questioned how it felt working with such big names in the industry, Jarvis said it was unbelievable at first, but after a year or two it became more about the music than the person he was working with.

“The budget for those records was insane, the studios are the best, [these bands] get the best of the best for everything,” Jarvis said. “What I really love to do though are the smaller bands, that is where I have the most fun because there is more adventure.”

Even with award nominations and the production of massive records under his belt, his proudest accomplishment was a record he produced with a small band called Future Thieves.

“That was one of the more under- the-radar bands; we came in and worked until the sun came up, we were drinking and making this music and we got to just do whatever we wanted with no one telling us what we could or couldn’t do and we just got along so well,” he said. “That is for sure the best thing I’ve ever done.”

Future Thieves is a band that is rising in popularity with their latest record Horizontal Line reaching over 60,000 plays on Spotify, a record that Jarvis produced and mixed.

And music isn’t the only industry Jarvis has made an impact on; he has scored one short film called Tele, which premiered at the Vancouver Film Festival and won Best Canadian Short Film at the Vancouver Asian Film Festival. He is also currently working on another twohour long independent film from the same director, Gabe Adleman.

This is an area in which Jarvis wishes to continue working on.

“I don’t often think too far ahead… [but] I want to do more of this stuff,” Jarvis said. “[With films], you get to create the sound, like the mood and melody.”

And for current MIA students, Jarvis had some wise advice that the professors may not tell you.

“Approach [this career] with a young heart and try to take everything lightly and not take anything too seriously,” Jarvis said. “You’re going to get yelled at; someone is going to tell you your work sucks and you [just] have to keep going.”