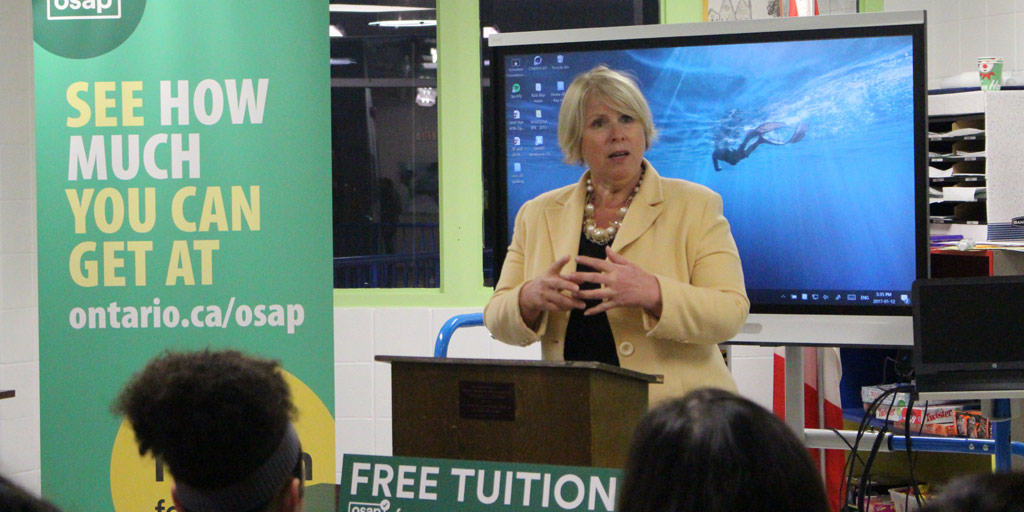 Minister of Advanced Education and Skills Development and MPP for London North Centre, Honourable Deb Matthews spoke with students and parents on Jan. 12 about new changes coming to Ontario Student Assistance Program (OSAP) that will make it easier when applying for post-secondary education.


The Ontario government is making it one step easier for students to understand the cost of post-secondary education, along with grant and loan opportunities with the Ontario Student Assistance Program (OSAP).

In a room at the Boys and Girls Club of London on Jan.12, students and parents listened to Deputy Premier of Ontario, MPP for London North Centre, Minister of Advanced Education and Skills Development and Minister Responsible for Digital Government Honourable Deb Matthews speak about the new feature located on OSAP’s webpage.

“We offer a lot of great programs at the Boys and Girls Club. If you look around this room you’ll see how important education is to the club and is to the people who come here as well,” Harvey said.

Matthews explained that on top of dealing with financial barriers, understanding OSAP and its applications can be complicated.

“You believe in education and you believe in achieving your potential and that’s really what drives everything I try to do in politics,” Matthews said. “I kind of imagine an Ontario where every single person has the opportunity to get the support they need, the opportunity they need to be the very, very best and that would be great for our whole society.”

According to Matthews, one way for students to achieve such potential is to make sure post-secondary education is accessible and that everyone who works hard and gets the marks will have the opportunity for more education.

This all comes down to the new way in which OSAP will work for those wishing to use it. The new feature, located on OSAP’s webpage, allows people to check out how much in loans and grants they may be eligible for, even before applying for post-secondary education.

This amount comes after filling out a series of questions, including what level of school one is currently in, marital status as a student, if one has children, any parental income, their housing situation and what their post-secondary plan is.

The algorithm then calculates an estimated amount of loans and grants that the student may receive, which will help them plan out their future.

“We want money to never again be a barrier to entry for post-secondary education,” Matthews said. “We know that people are still going to have to work as hard as ever to get the marks to get in, but once they get in, we have to be there to make sure that the stress of money is off their shoulders.”

According to Matthews, this plan began roughly a year ago and confirmed to her that there are people on the right path for post-secondary education, but they have no idea what the cost will be.

This update to OSAP will give people the opportunity to see these figures and have some clarity, since too many people have the “sticker shock” reaction when it comes to tuition.

Matthews demonstrated the feature to show how easy it is to navigate, and was backed up by Hanein Madlol, a third year medical sciences student with an honours specialization in interdisciplinary medical sciences (IMS) from Western University, who was previously part of MAP.

Madlol spoke during the evening to show her support of the program and changes to OSAP. 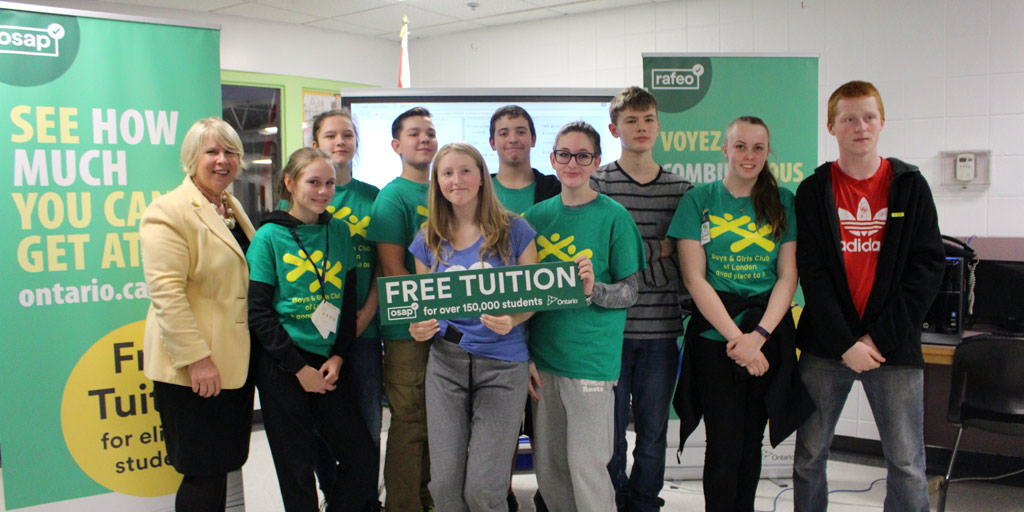 “I can see that the government is doing a lot of fantastic work. I remember when I applied for OSAP myself, it was a huge puzzle trying to navigate through the website,” Madlol said. “[Now] you can see how much aid is available, you can plan your education prior to the year where you’re applying. I feel like now that people have this opportunity, they can plan it, so they’re not so stressed when they actually have to do it.”

When asked if the whole concept could be scraped if a new government comes into play, Matthews was truthful, but was also quick to point out that she doesn’t think another government would want to change this method and make getting into post-secondary that much harder.

“The future is yours,” Matthews said. “There should be no barriers standing in the way because we need everybody at their very best. And we need to take away the financial barriers to college and university.”

Changes to OSAP will be in effect starting September 2017. It can be currently viewed at ontario.ca/osap.