Visually stunning, yet righteous and insensitive 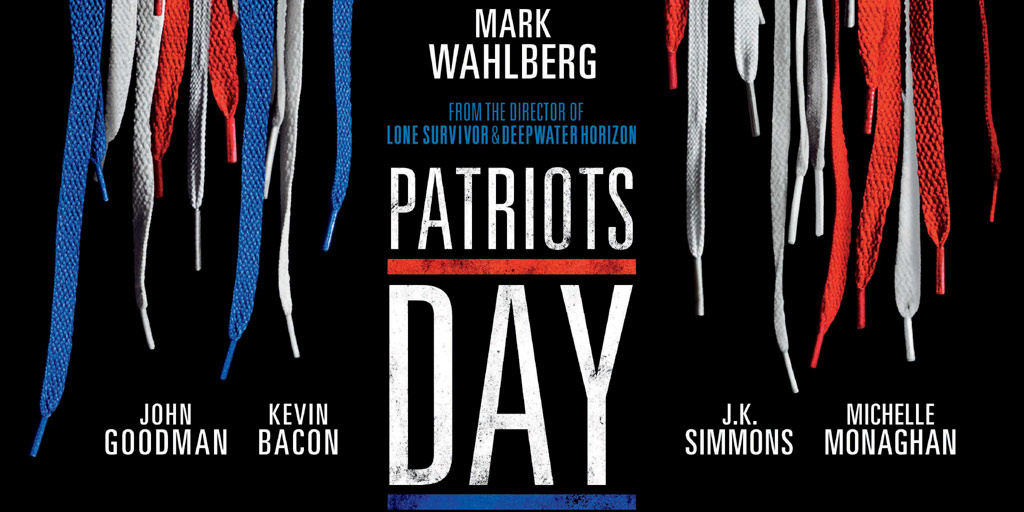 
Patriot’s Day is a dramatic action thriller depicting the 2013 Boston Marathon bombing and the ensuing manhunt for Dzhokhar Tsarnaev and Tamerlan Anzorovich Tsarnaev. The film begins with Sgt. Tommy Saunders from the Boston Police Department on the job one night, followed by foreign student Dun Meng Face-timing his parents from China, then runners Jessica Kensky and Patrick Downes relaxing at their apartment at the end of the day, and Police Sgt. Jeffrey Pugliese doing his morning routine.

The actual bombing scene is drawn-out and gory in a way that makes you wonder if you’re meant to be enjoying it, like one might in a horror movie.

Following this sequence there is a cool depiction of the FBI investigating the bombing, and the more thrilling events following the actions of the bombers after their pictures are released to the public.

Mark Wahlberg attempts to play Sgt. Tommy Saunders: a troubled yet deep-down good person who always stands up for what he believes in without worrying about the judgement of others, a quality which ends up helping the investigation in a heartwarming display of righteousness. The angle is too transparent to feel natural and instead he comes off as obnoxious and self-righteous.

The best performances in this film were the bombers; Alex Wolff as Dzhokhar Tsarnaev and Themo Melikidze as Tamerlan Anzorovich Tsarnaev. They are completely in character delivering intense performances that really draw you in. There is a compelling dynamic between the two.

Jimmy O. Yang as Dun Meng, who is kidnapped by the bombers, also delivers a great performance. He’s truly in character and generates genuine empathy.

Rachel Brosnahan plays Jessica Kensky and Christopher O’Shea plays Patrick Downes, a married couple who were injured survivors of the bombings. They do a fine job with what they were given, but their establishing scene is so over the top and sappy that it feels like a commercial. The scene is meant to establish them as a normal, innocent, happy and loving couple so that when the bombing happens the audience is shocked and invested with empathy. This fails to transpire as the couple is merely an unrealistic ideal relationship; they are attractive, young, flirtatious, living in a beautiful spacious apartment. They are one dimensional, unrelatable caricatures of an ideal. When the bombing happens to them you either don’t care or are glad.

Patriot’s Day is visually dynamic and edited with precision to feel organic. The nature of the movie allows for a variety of footage types to be amalgamated into one. There’s news footage including a speech made by President Obama and beautiful aerial views of Boston.

The film offers multiple perspectives of people involved in the bombing who lead different lifestyles. There is a thrilling shootout with plenty of satisfying, realistic special effects.

This movie has a number of transparent product placements. For instance, Tommy Saunders wears the same Under Armour brand of shirt as Dun Meng. Another example of this is when Police Sergeant Jeffrey Pugliese, played by J.K. Simmons, visits Dunkin’ Donuts in his establishing scene, with lingering shots of the building while calming music plays and a shot of a coffee cup with the logo facing the camera while his transaction goes down. The Dunkin’ Donuts logo makes another appearance later in the film as a massive billboard at a sports event.

Product placements in movies are inevitable, but it would have been nice if they had chosen a more subtle, tasteful approach for a movie with such a serious subject matter.