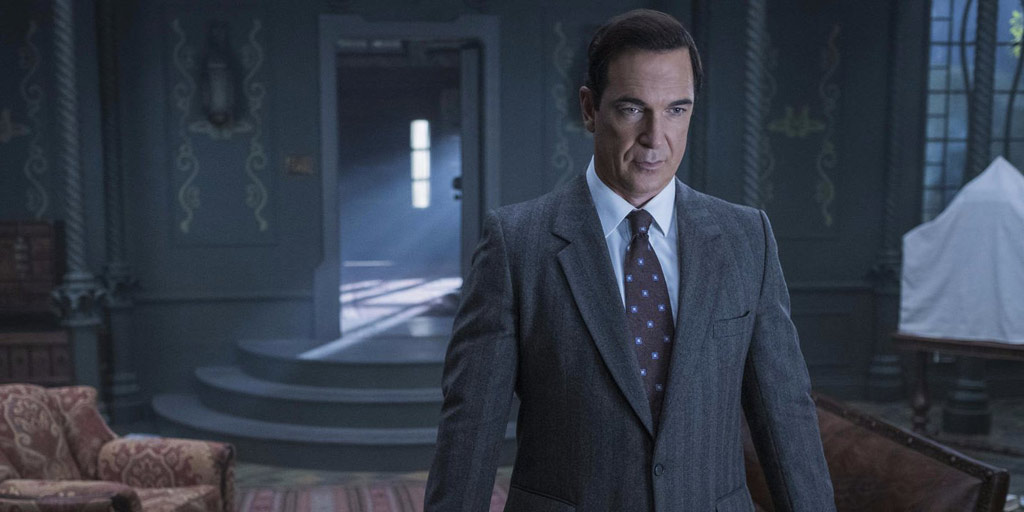 Netflix's A Series of Unfortunate Events is a must-watch, but not for the acting of the three main characters.


Netflix recently debuted its painstakingly accurate adaptation of A Series of Unfortunate Events, produced and co-written by Daniel Handler. The series loosely follows narrator Lemony Snicket (Patrick Warburton) as he tells us of the ill-fated fortune that befell the Baudelaire orphans after losing their parents to a mysterious fire. The children spend eight episodes fighting against the naivety of adults in an endless effort to escape the tyrannical clutches of Count Olaf (Neil Patrick Harris) who seeks the Baudelaire fortune.

When compared to the 2004 film adaptation, which saw Jim Carrey as Count Olaf and was devoid of Handler’s original script, Netflix seems to hit their adaptation out of the park. A strong cast of side characters and routine interruptions by the deadpanned Warburton give nuance and depth to an otherwise outlandish series.

The CGI is blatantly obvious and the highlighted juxtaposition between macabre and fairytale settings is taken straight from Tim Burton’s handbook. Although the show’s highly stylized backgrounds are perfect for the tale of the Baudelaires, in many instances these settings outshine the performances of our orphaned heroes.

Klaus (Louis Hynes), Violet (Malina Weissman) and Sunny Baudelaire (Presley Smith) struggle to hold their own onscreen and a star-studded cast of characters only emphasizes their shortcomings. The young actors’ questionable portrayals and frequent eye contact with the camera seem out of place for a studio that took such care in casting the children of Stranger Things. Forced dialogue and thinly veiled unease among the young actors makes A Series of Unfortunate Events hard to watch at times.

Lucky for the viewers, Handler spends much of the season delving into the lives of sub characters to strengthen the world in which the Baudelaire children reside. Themes and plots that slowly emerge over the 13 books come to play central roles early on, distracting from the primary narrative. Most notably is the story of a secret society that will eventually become known as the V.F.D.

One of the show’s biggest deviations from the source material is a brand-new subplot starring Will Arnett opposite Cobie Smulders that infuses a level of James Bond meets Indiana Jones antics to an otherwise woeful story. I would say more but spoilers would be difficult to avoid.

The real stars of this show are not the orphans, but Warburton and Harris. Handler’s adept alliteration and literary wit are difficult to adapt on screen but Warburton effortlessly fills the role of narrator, doing his gravest impression of Twilight Zone narrator, Rod Serling. Warburton’s acting outshines that of the Baudelaire’s so much that his subplot often becomes more interesting than the ill-paced banter of the troubled trio.

Harris’ portrayal of the conniving Count Olaf brings a dark tint to the character’s otherwise theatrical quirks. It is a more accurate rendition and a welcome change from Carrey’s interpretation on the big screen. Through Harris’ meta jokes and eccentric disguises he becomes the character we all love to hate. Whether he is pretending to be Dr. Montgomery’s daft assistant, Aunt Josephine’s grizzly sea-captain love-interest or Dr. Orwell’s extremely flirtatious receptionist, Harris has no trouble bringing these characters to life.

There are many reasons to watch Netflix’s A Series of Unfortunate Events and three young orphaned reasons not to. It’s not often that a villain, a narrator and a slew of lesser characters retain a viewer’s interest but then again, A Series of Unfortunate Events isn’t a typical show. If you’re looking for something that’s as miserable as the weather outside, look no further. If you’d rather watch something about singing animals, then I suggest getting a Nickelodeon subscription.