MIA pays tribute to Canadian music in Share the Land 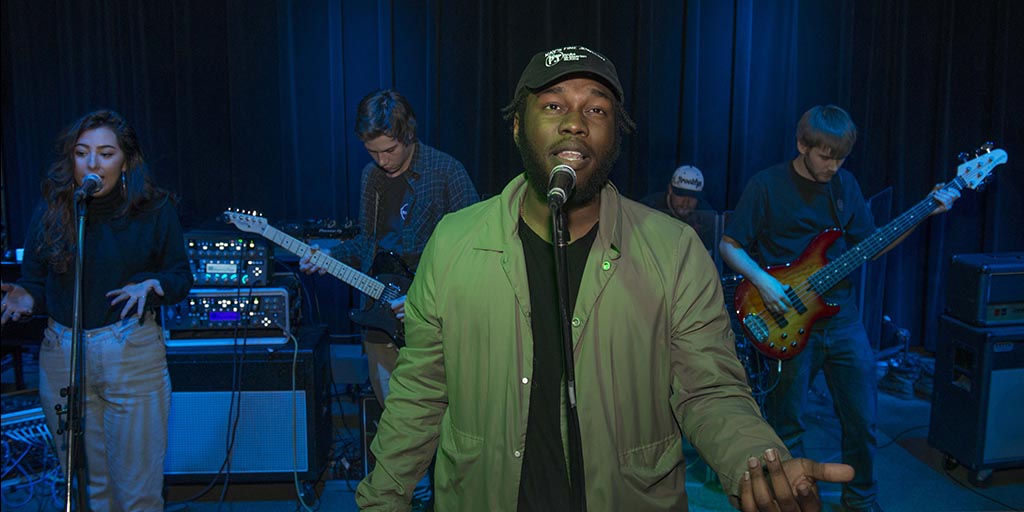 CREDIT: MOUDY DAVID
Students in the MIA program practice during rehearsals on Jan. 30.

For the sixth year in a row, the Music Industry Arts (MIA) program is getting the chance to test their skills in a public performance.

“This is what we have been working towards, this is going to be our careers, this is our chance to show off and really show what we have learned and what we have become and I think that is a huge step for everyone,” said Leah McPherson, a second year MIA student who is also the general manager of the event.

The show is called Share the Land and its origination was brought about during a casual discussion in a classroom between MIA professor Mike Roth and his students.

“It started in a class and we were talking about a charity show and how you can use a charity show to leverage the media and I asked one of the students what could MIA do as a charity show that might raise our profile and raise the artist’s profile,” said Roth, professor of artist development and music business in MIA and the founder of Share the Land.

This student, Adam Barnes, while on the spot, came up with the idea to do a tribute concert to Jack Richardson.

Rather than turn the idea down, Roth said to the student, “Great idea… you are going to organize it.”

Richardson was a former teacher at Fanshawe and was also the producer of well-known bands such as The Guess Who. According to Roth, Richardson was the first real producer in Canada and the one who really started the Canadian music industry.

Richardson had heart issues when he got older and passed away six years ago; therefore Roth and his class thought it would be a great idea to pay tribute to him by donating all proceeds raised from the show to the Heart and Stroke Foundation

The show has grown exponentially since its debut six years ago, going from 14 acts to now having 18.

The students’ skills are put to the test as they make creative covers of Canadian classics.

“I really want to bring that focus back because Canadian talent is phenomenal and we get overlooked so much and I just think this is a chance to bring it home for everyone and be like, this is our roots, this is what we’re doing,” McPherson said.

The concert will be Feb. 8 from 6 p.m. to 9 p.m. at the Aeolian Hall. Tickets are $10 for students and $15 for everyone else and are available at the Biz Booth.

“Here is what we do,” Roth said when asked for an encouraging message enticing people to come. “It’s practical, it’s creative, it’s real, if you want to come and be part of it, we’re here.”
Aeolian Hall Concerts Fanshawe students Music Industry Arts Share The Land

Sugaring and student debt: Why more students are signing up for sugar relationships