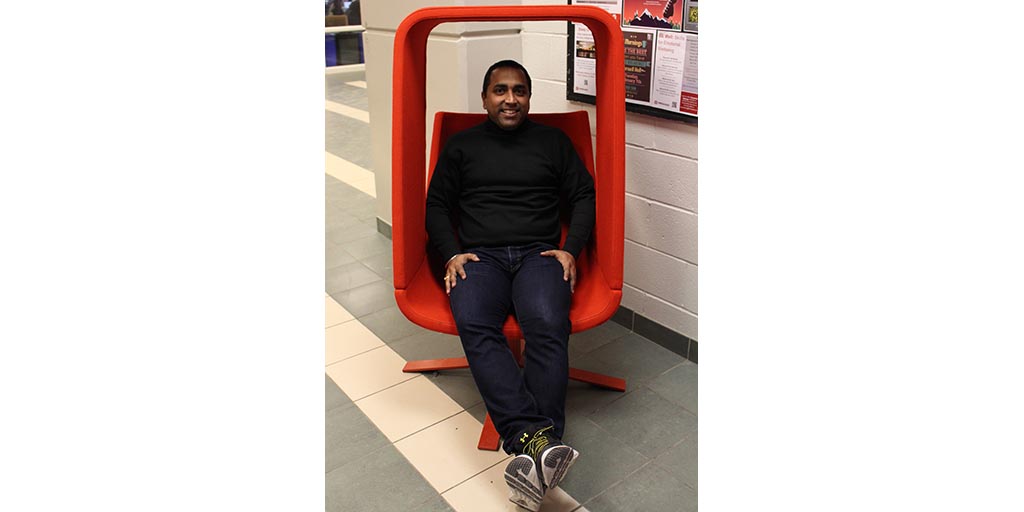 CREDIT: MELISSA NOVACASKA
These fancy red chairs you may have seen around campus are not part of the college's 50th anniversary celebration, but rather simply a way to update student lounges.

Walking around campus, one might have noticed two sets of fancier red chairs that closely resemble those used for Bell's “Bell Let's Talk” mental health initiative.

You may be wondering where they came from, who put them there and why are they on campus?

After searching and asking multiple staff members on campus, it was discovered these chairs are simply for lounge purposes, according to Karen Hale, facilities planning co-ordinator of Fanshawe's Facilities Planning and Development.

According to Hale, the chairs were initially to be placed at the front of the college and when they were delivered there was an event going on and therefore they were plopped there.

Fanshawe's Facilities Planning and Development department are the ones who brought the chairs to campus and though they can be moved around, for now, they're currently in two separate spots on campus. One set is currently in M3 right by the window that looks out to H building, and a second set in F1, right at the entrance to SUB, at the intersection between Leap Junction, residence and the Fringe Hair Co.

“They'll be rolled around probably and were hoping we can keep on buying more, as we update our other lounges, but those are just the first four that we have,” Hale said.

According to Hale, the chairs, which have been on campus for roughly three weeks now are simply here to help update the college's lounges.

Hale confirmed they are not part of the college's 50th anniversary, which was a speculation.

Hale noted how interesting it was that these chairs have caused such a conversation, since a number of people have been trying to figure out their back story, but that the lounges need to be update, and this was one way to start.

“We've got a plan, [that] we're trying to fund it of course, but we are trying to update all of our student lounges around the college, because they're getting [to look] like mom's recreational room and grandma's basement,” So we're trying to, it's all part of that. We've got some pretty awesome things going on in F1012, so we're hoping to recreate that all over the college.”
Fanshawe 50th Anniversary Fanshawe College

Student satisfaction and engagement survey back on campus