Everything you need with the 2017 BMW 650i Cabriolet xDrive 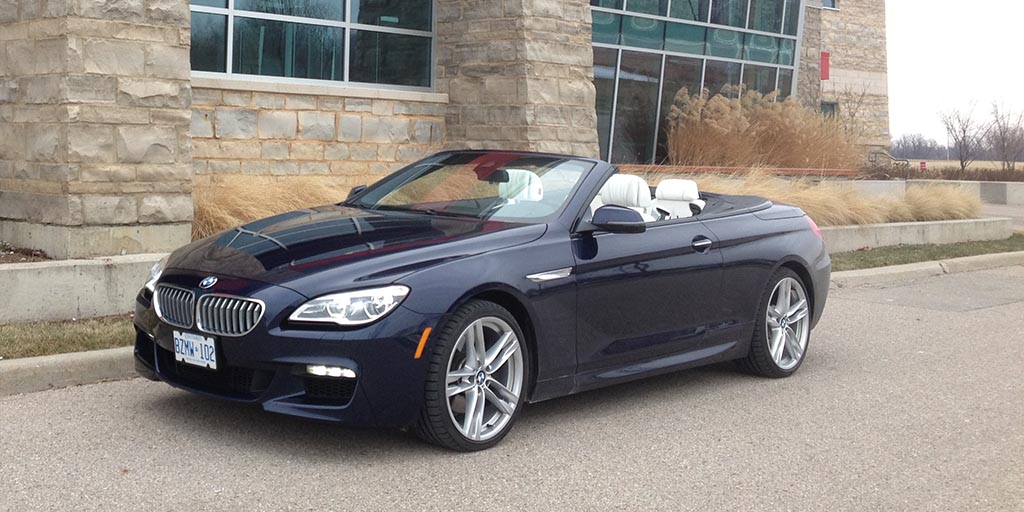 This car has everything you could ever want in a vehicle although it comes at a price of $111,500 and is expensive to fuel as well.


A few years ago, BMW Canada handed me the keys to an M6 Coupe, in the middle of a cold winter. This year, they handed me keys to a 650i Cabriolet in January.

So, why test a convertible in winter? Well, BMW believes that all their cars are built to be used all year long, no matter what the climate. To show that even their luxury, soft top, Cabrio can offer the same level of comfort and security provided by a tin-top vehicle, BMW Canada decided to put a 650i Cabriolet on their test fleet in winter.

I had nothing to worry about because not only did the test vehicle come wearing proper winter tires, but it also had the xDrive all-wheel drive system which ensured traction, even on icy roads.

The xDrive system is now standard on the BMW 650i Cabriolet, which as you might remember, was optional when this current generation model was introduced in the summer of 2011 as a 2012 model.

Other changes to the 6 Series since 2012 include more power (from 400 horsepower to 445 horsepower), some minor visual tweaks and an updated infotainment system; the iDrive module has also been improved. So, not huge changes, but it has been keeping up with the times.

Time has done nothing to diminish its appeal because the third-generation 6 series still looks fresh after all these years. The interior is still flawless. Not only is it pleasing to the eye, but everything is also where you want it to be and the quality of the fit and finish is spectacular.

As you slip into its wonderful, sculpted seats, which also have a massaging feature, you feel good about your life because there really isn’t anything more you could want in a car. Sure, there are prettier cars, there are faster cars and there are cars that may sing better, but the 6 Series just covers all these bases so well, you don’t care what anybody else has.

You certainly will feel content when you bury the throttle pedal because the 650i xDrive Cabriolet can cover the zero to 100 kilometre per hour sprint in 4.6 seconds, and if you have the optional performance package, its top speed is electronically limited to 240 kilometres per hour.

The handling is not razor sharp and due to its portly curb weight of 2,105 kilograms, it won’t enjoy a twisty back road thrash, but in regular driving, you’d find that it rides well and its comfort and stability on the highway is exceptional; this is the kind of car you can cover the length of Canada without breaking a sweat.

How much is this wheeled wonder- mobile, which can do just about anything for you?

Also remember, it’s not cheap to run. I managed just 15.4 litres per 100 kilometres in my test week, and since it drank nothing but premium fuel, it really was quite expensive to run. But, for those who can afford to buy this car, can afford to feed it expensive petrol they’ll be happy to do so because the car is incredible.

Would I buy one, if I could? No, because I’d rather have a BMW M4 Cabriolet, which is cheaper, faster and has a folding hard-top roof; now that’s my ideal car.