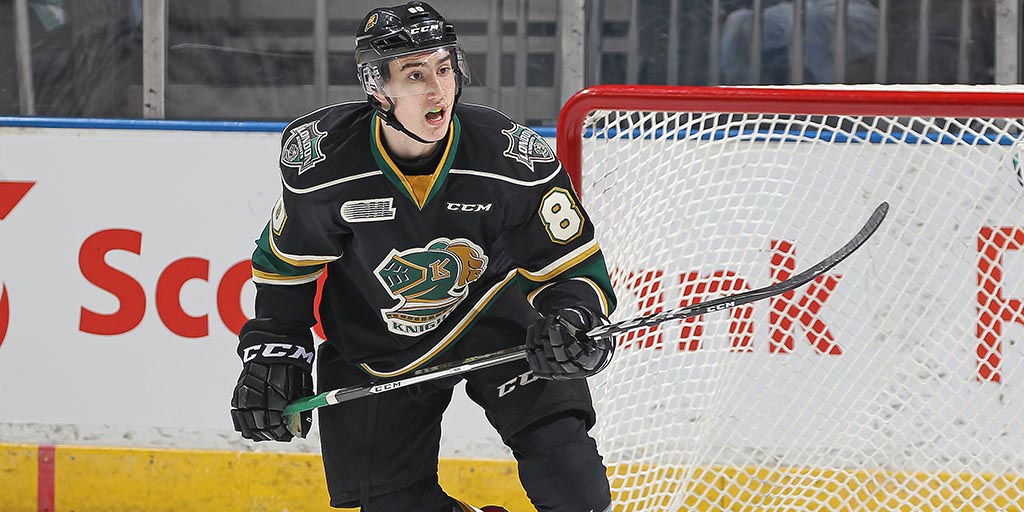 With next season looking to be a vastly different team, the Knights' rely on Alex Formenton and Alex Thomas to keep the team one of the best in the OHL.


The London Knights have a lot of great players that will probably be in the NHL next year.

Sitting in first place in the Ontario Hockey League (OHL) at the time of print, a Memorial Cup run is in the book for the Knights. Anything less than first would be a bust.

After the presumably long playoff run, there are a few players that have already solidified themselves as the future of this team.

Last year, when the OHL was dominated by Mitch Marner, Matthew Tkachuk and Christian Dvorak, there were lesser known players on the Knights that helped keep the ship running.

The Cliff Pu’s, the J.J. Piccinich’s, the Max Jones’, etc. of last year have become the stars of today. Next year, Pu will likely be in Buffalo, Piccinich will make a case to play in Toronto and Jones should be down south in Anaheim.

So, who are the next generation of the Knights? That’s easy. It begins with Alex Formenton and Robert Thomas.

Both Formenton and Thomas were named to the CHL Top Prospects game, which was played in Quebec on Jan. 30.

They were also both in the top 30 of NHL’s midterm draft rankings of North American skaters.

Thomas is a crafty two-way centre who has done a little bit of everything for the Knights this year. He’s scored some highlight reel goals, made some great defensive plays and matched up against top opponents from across the OHL.

He also has 42 points in 44 games, including a plus/minus of 25. Not bad at all. The NHL has him at 28th, and he could very well be a first rounder come June.

As for Formenton, his biggest asset is speed. This kid is fast. The 17-year-old has had a good year in London, constantly beating defenders with his blinding speed. Twenty-eight points in 45 games is good, but isn’t a good indicator of how well he’s been playing. Slotted in at 24th on the NHL midterm draft ranking, the left-winger could also make a case for a first-round selection.

Along with the two future stars, the Knights have a lot of young players that will come into their own in a bigger role in the upcoming years. Players like Cole Tymkin, Liam Foudy and Evan Bouchard, who have all held their own in the league as 17-year-olds.

It’s no doubt that when the top guns of the Knights move on, which will likely be next year, Thomas and Formenton will be relied on to keep the Forest City at the top of the CHL.

The way they’ve been playing this season, it shouldn’t be a problem. Let’s just hope they can keep it going come playoff time.