Morganna Sampson crushes the competition and becomes the next FSU president 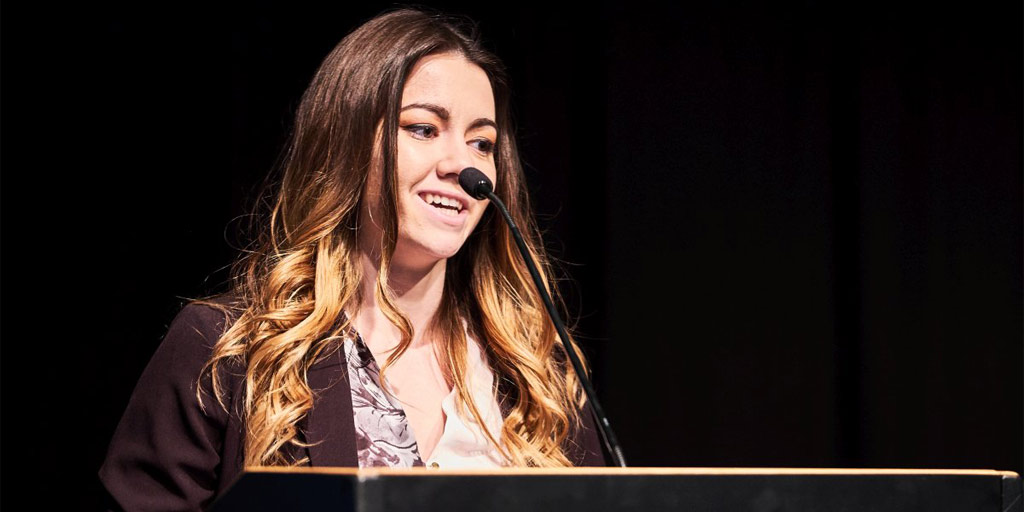 Fanshawe voted and Morganna Sampson is the college's 2017-2018 president.

Sampson, who has been involved with the FSU for two years and is currently VP Entertainment, will begin her one year term on May 1, taking over the reins from current president Carlie Forsythe.

Sampson, who had the presidential bug since grade nine decided that this was her year to make things happen and run for presidency.

“It's always been a dream of mine. I'm very passionate about student politics and about helping people in general and making the world a better place,” Sampson said. “I started the dream I guess of wanting to run for president and never really went ahead and did it, and now we're sitting in about my third year of post-secondary and I decided that now is the time, I'm going to run for president and go big or go home.”

Sampson said she's amazed and so thankful for the support she's been given over the campaign period, and is looking forward to putting her campaign platform into place, but not before throwing a get-together in celebration of her victory and all those who helped her along the way.

Sampson believes it was her three specific items on her platform that made her standout the most among the other candidates.

“[They] were very diverse and things that students really needed and I was really trying to focus what I wanted to do for my campaign on what students wanted,” Sampson said.

Sampson's platform is focused on the three aspects including student space, more work opportunities or less barriers to obtaining jobs on campus and allergen-free friendly foods. The latter is the first point Sampson believes she can work on first.

“[I think I'm] probably going to start with the menus because I think that's the simplest thing I could tackle. [It] would be taking a look at all of the food options that we have and bringing in new food options for all,” Sampson said.

Sampson also credited her bubbly personality as something that helped her win the election, but that she's also happy people have “been so receptive to me as a person”.

Though Kaisar and Mullan did not win, they both had some final words for the students.

“I wouldn't say I'm sad. I would say I'm happy for the other people running and for Morganna, who won. I've learned a lot, and I feel that I've met lots of really nice people and I'm glad I did it, and congratulations to Morganna,” Mullan said.

Kaisar, who is an FSU veteran had mixed emotions.

“It feels a little disappointing to have lost. I feel I put in a lot of effort in this campaign. I really did think I was the best candidate for this position, being so experienced and my love for this school. I just think Morganna may have worked harder than I did and her platform may have resonated with the students, because ultimately it is their choice and I have to respect that decision.”

To find out the full election results visit fsu.ca/elections.