Rumours of Grace: Why I am subscribing to the New York Times 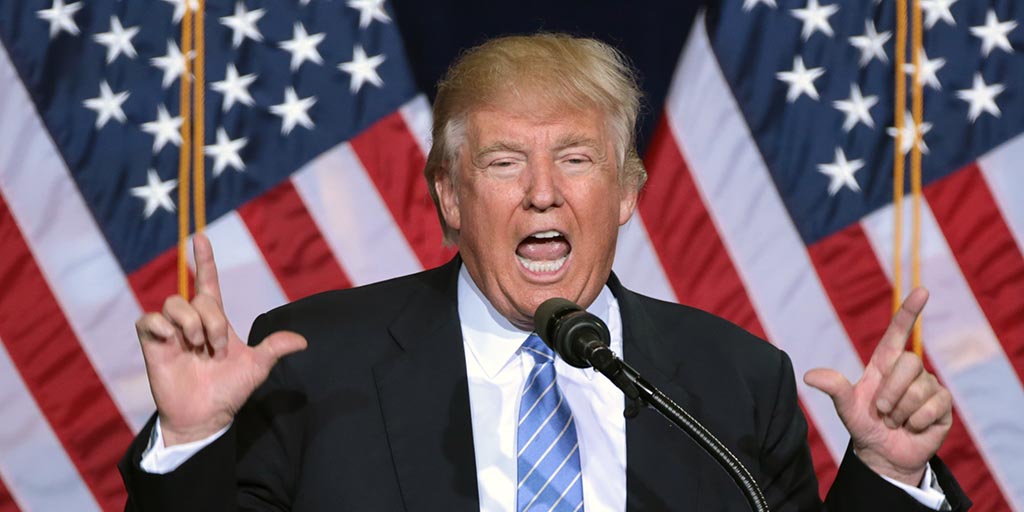 Credit: While it's hard to keep up to date with news surrounding President Trump, there are some media outlets that are trying to get the facts straight and keep everyone up to date.
GAGE SKIDMORE ON FLICKR (CC BY-SA 2.0)

I admit that there are hours I get sucked into the vortex of news coming from the U.S. about President Trump.

The commentary about his leadership is endless. CNN, Fox News, Breitbart, MSNBC and smaller news companies churn out video after video.

One of the things I observe in the flow of stories about the on-goings in the White House is that the reporting of ordinary facts often takes a back seat to editorializing. Each of the networks appears to be either for Trump and his agenda or decidedly against. Their newscasts come across as unashamedly biased.

Now, I happen to think that those who oppose the president are cutting much closer to the truth.

Nevertheless, the reporting from that perspective consists largely of hashing and rehashing the story of the day. For example, as I write, MSNBC’s Joe Scarborough and Mika Brzezinski are relentless in their negative appraisals of Trump’s tweets about wiretaps.

Meanwhile, the more difficult kind of reporting that you find in some major U.S. papers and in Canada’s larger news organizations, is struggling for attention. Subscriptions to such news companies have been dropping.

Is this simply a case of Americans being excessively fixated on their leader? After all, Americans are prone to idolize their country and its commander-in-chief. So perhaps what we are seeing is just too much attention being paid to the current occupant of that position.

Whatever the reasons for the enormous media output of “Trump news”, there is a huge amount of digital space and newsprint devoted to exploring every angle the president’s statements.

Along the way, a number of things are in danger of becoming lost.

First, our perspective can become terribly narrow. The American media gives the impression that there is little worthwhile news outside of what happens in the White House, Mar-a-Lago and Trump Tower.

Second, rather than reporting mostly on important facts there is a growing focus on what people are saying about facts or alleged facts. Therefore we see a lot of “he-said shesaid” stories, which really don’t have much substance underlying them.

Stories about Trump’s tweets are cases in point. Yes, they reveal disturbing things about their author and generate volumes of responses. But in contrast to significant major events such as the onset of climate destruction, the crime crisis in Central America and the bulldozing of Native hopes in the American West, they are more like gossip points. It isn’t that the tweets don’t deserve attention, but they get too much.

A third thing being lost is historical perspective. For example, some may think that Trump is the first U.S. leader who could lead his country down disastrous roads.

However, he would not be. Disasters in American history include the Civil War, the death marches of Native Americans, the support for the international slave trade, the hysteria around communism, the Bay of Pigs invasion, the Vietnam War and the proliferation of nuclear arms. The American Revolution was arguably a disaster, but it has been retold for 200 yeas as a nation-building myth. Trump may lead his country into danger and if he does, he will be part of a well-established tradition.

Fourth, measured, thoughtful investigative journalism is threatened by the style of reporting we see from our American friends. The emphasis is on the now and what is on the surface.

Along the way, we become so mesmerized by the dismal events of the present that we can’t see our way past them to the future. We loose hope. We become merely angry.

I doubt that the writers who contribute to the Interrobang get into journalism in order to trade on the superficial and fleeting. New writers are moved by better motives. However, those motives become increasingly irrelevant when mainstream journalism becomes cheap.

At this point I want to shift gears and go to one of the biblical Ten Commandments, “You shall not bear false witness against your neighbour.”

The setting the writer had in mind was something like a courtroom. More likely, the writer was thinking of a council of family elders that would settle village disputes.

But the underlying ethic is clear. When, especially when, disagreements or policies involve a number of people, the public if you will, people must respect the truth. There must be no fabrications and careless speaking. Without truth in the village council there could not be justice for those who had been wronged.

Let’s push this forward into our own time. Without facts, trustworthy knowledge, corroborated sources and non-partisan commitment to truth, a community will fail. Along with everyone else, reporters and news show hosts must share this commitment.

Media people may be tempted to go for the easy revenue-generating story that endlessly recycles the same statements and misstatements. However, they must resist. They must work hard to bring to light important, not trivial, facts and meaningful, substantial perspective. They have a key role to play since a complex society is not likely to survive without a love of truth, in any way that we would enjoy being part of such a community.

Maybe I can take a new step or two to support media that is more interested in important facts and that aims to bring forth meaningful perspective.

It is being reported that with all the controversy about “fake news” that there is a resurgence of demand for thoughtful print-friendly reporting.

Apparently many people are growing tired of the gossip-like nature of much of today’s “news”. New York Times subscription, here I come.
Editorial opinions or comments expressed in this online edition of Interrobang newspaper reflect the views of the writer and are not those of the Interrobang or the Fanshawe Student Union. The Interrobang is published weekly by the Fanshawe Student Union at 1001 Fanshawe College Blvd., P.O. Box 7005, London, Ontario, N5Y 5R6 and distributed through the Fanshawe College community. Letters to the editor are welcome. All letters are subject to editing and should be emailed. All letters must be accompanied by contact information. Letters can also be submitted online by clicking here.
Donald Trump

1
Emotional burnout: resistance is futile
2
Trump's second impeachment: It is only the beginning
3
Interrobang Podcast Episode 19: Ilhan Aden and Sarah Wallace
4
Welcome to 2021: the year of renewal

What Does Kerra Seay?: This week in awful news