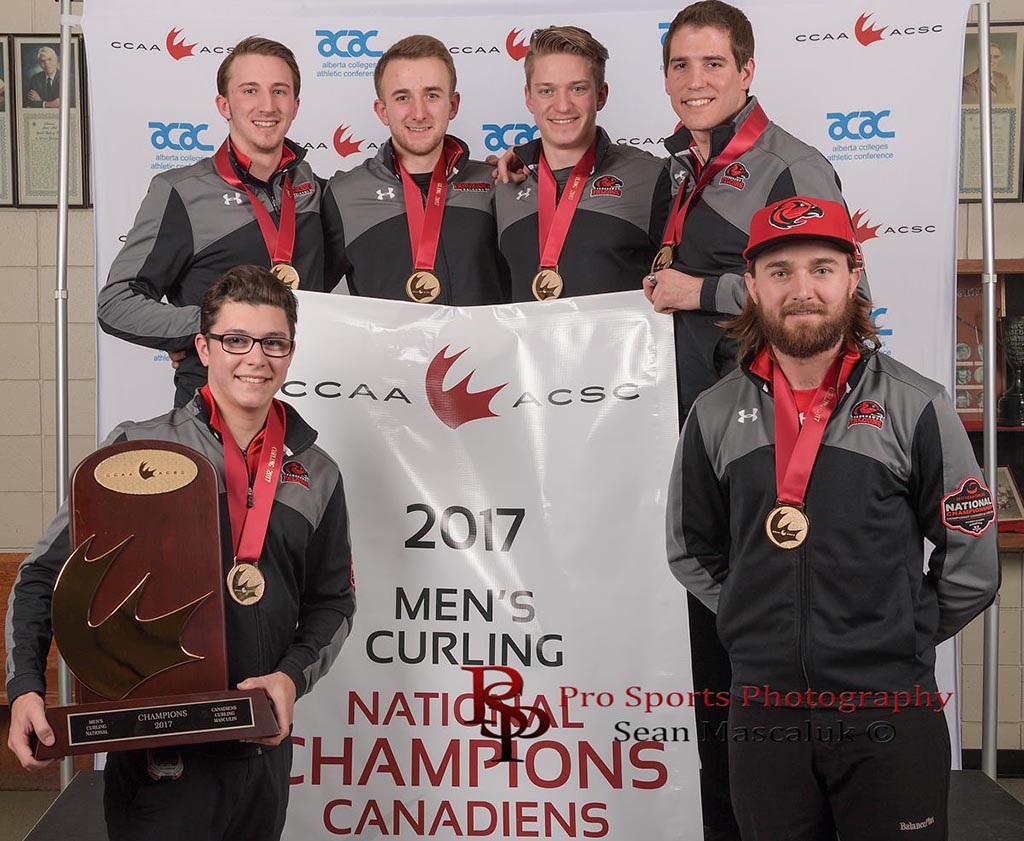 
For the third time in the pro­gram's history, the men's curling team have taken home a gold medal from the Canadian Collegiate Ath­letic Association (CCAA) National Championships.

“Obviously it's fantastic, we're super happy for the guys,” said head coach, Barry Westman. “They defi­nitely played well and we are very proud of them.”

DJ Ronaldson, assistant coach for curling, whose primary focus is the men's team, said the boys deserved this win.

“They worked hard all season for that win, we knew going into it that we had a great chance…we definite­ly went to nationals knowing our goal and we set out and we achieved it,” Ronaldson said. “Everyone did their part, everyone was focused and everyone came together and played their best.”

Although the team took silver in the Ontario Colleges Athletic Asso­ciation (OCAA) Provincial Cham­pionships against Humber Hawks, they got their chance at redemption in the semi-finals.

“We caught them off guard in the round robin game and then we drew them in the semi finals which I knew right off the bat the guys were a little bit concerned about to play Humber again in the semi fi­nals only because they kind of had our number all season and for them to have a second chance at us was definitely worrying the boys, but we came out confident and right away we had control.”

“It is always the best, I always say at these events you play a team two or three times in a row, you [can always] get [a] different winner,” Westman said. “There is a lot of parody in men's and women's curl­ing so there is a lot of strong teams; you never go into a game thinking I am the better team and that we are going to win because it is different almost every time it seems, it's just who plays well that day.”

With that win under their belt, the team took on the Mohawk Moun­taineers in the finals winning the game 7-4 and taking home a gold medal.

Two players of the team were named CCAA All-Stars, Tyler Twining and Brady St. Louis, both in their first appearance at nationals.

“Brady is the first year on the team, so to be a rookie and to be recognized like that, that's really quite the accomplishment,” West­man said.

Westman also had nothing but positives to say about Twining.

“He plays the vice position which is very important position, they throw the second last rocks and they call line in the house when the skips throwing and between him and Charlie [Richard], Charlie is the skip, they really know each other well, they really compliment each other, very huge contribution to both of them in that regard.”

Ronaldson was named CCAA Coach of the Year.

“It feels wonderful,” Ronaldson said. “To have my hard work all season recognized and appreciated is wonderful.”

According to Westman, he is ec­static that Ronaldson received this title.

“I can't say enough about DJ,” Westman said, going on to say how he is a Fanshawe alumnus, was also on the curling team, won a national championship while at Fanshawe and was named Fanshawe's Athlete of the Year.

“He just fits right in, he has been there before, he understands what it's like to be a student-athlete, he gets along well with the student-ath­letes but at the same time they re­spect him,” Westman said. “I was really happy he got recognized.” 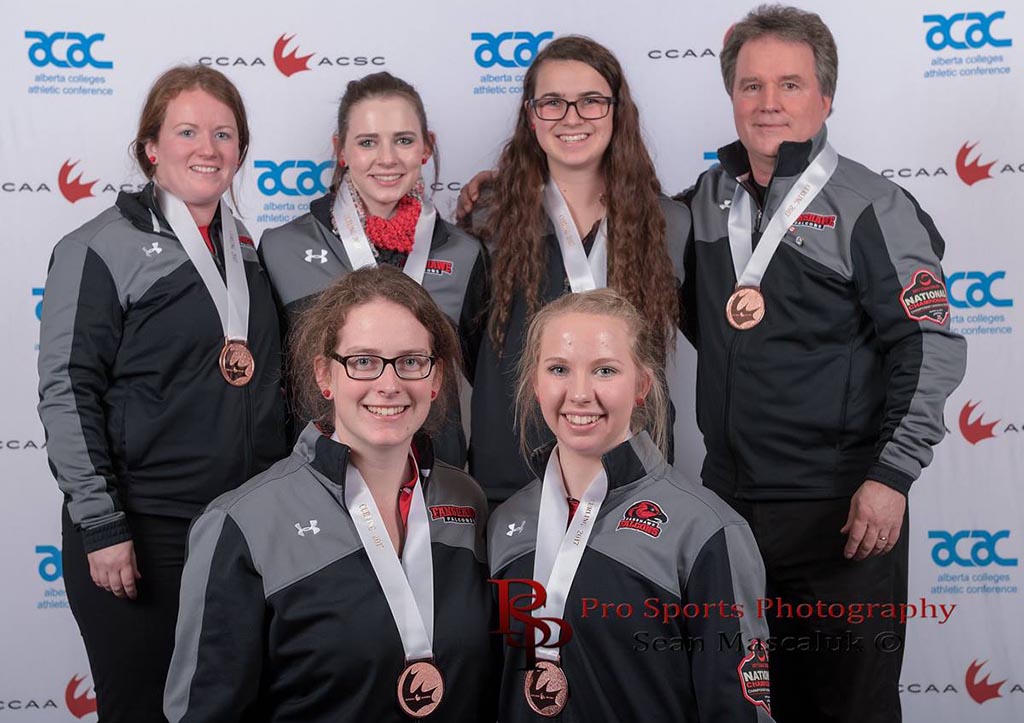 The men's team weren't the only ones to bring home a medal from the CCAAs with the women taking home bronze.

“It was amazing and a little disap­pointing at the time,” Westman said. The girls were tremendously strong in the round robin winning six and only losing one in a game at the end of the round robin that didn't matter because the team was already in first place.

The team met with Red Deer in the semi finals where they fell short, losing 7-5.

“We had a strong game in the semi finals that came down to our last shot and we were just a couple of inches from maybe moving onto the gold medal game, it's difficult to rebound from that,” Westman said.

But rebound they did as they came out strong against Northern Alberta Institute of Technology (NAIT) and won 8-7 allowing them to take home the bronze.

“They were fairly good at being calm, cool and collected, it didn't feel like they were under pressure from a national championships,” Westman said.

Players of the Game were Sara Westman and Isabelle Allan.

“[Sara] is my daughter so it is an interesting dynamic,” Westman said. “She is cool, calm and collect­ed out there and one of the players called her our fearless leader and I think that really describes her, noth­ing fazed her out there and I think she is the reason why the girls didn't feel the pressure, they had confi­dence in her.”

As for Allan, again Westman was extremely impressed with her play.

All and all, Westman is impressed with what he saw this year and is thankful to Fanshawe for allowing him and his team the opportunity to continue to exceed.

“Just overall I am just really thankful for the support we get from the school, they give us what we need to do to prepare for these events.”