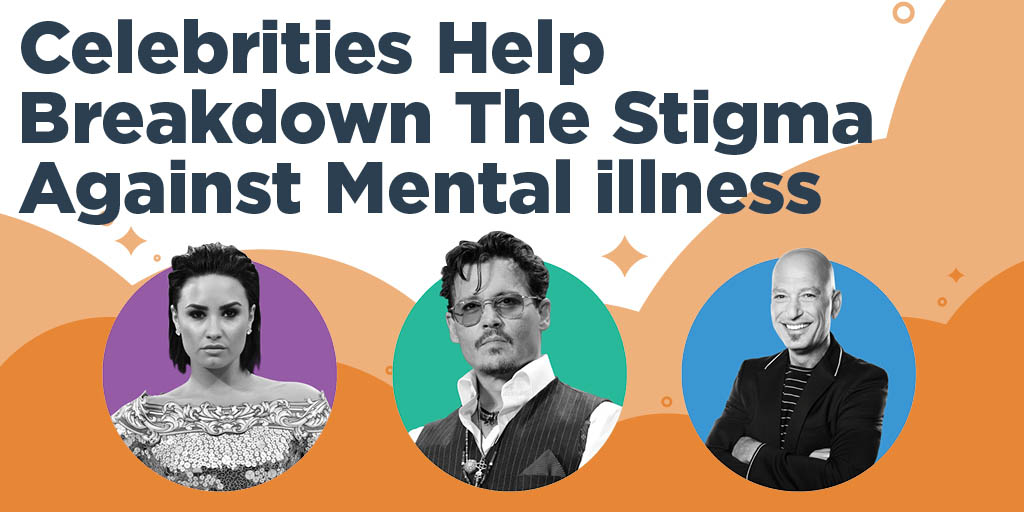 
Mental illness is a stigma in society that can be broken down by the people we admire; celebrities. Most people know Johnny Depp from his role in Pirates of The Caribbean, but some may be surprised to learn that he actually suffers from social anxiety disorder (SAD).

SAD is the feeling of being uncomfortable or afraid when interacting with others. Socially anxious people have the feeling they're constantly being judged by others. Two of the different types of social anxiety are a fear of public speaking, and a general anxiety of social situations.

Depp's massive success while living with social anxiety makes him a role model. According to Depp, acting served as an outlet; transferring his anxiety into the creative productions of various notable roles like Jack Sparrow, Willy Wonka, and The Mad Hatter, to name a few. Depp explained in a 2014 interview with reporter Kjersti Flaa, that he's always been more comfortable in character, and that he's actually very shy. Many celebrities may be in a similar circumstance; learning to channel their anxiety into charisma, but when the cameras are off symptoms return. Depp sought treatment and is a great example for people with anxiety; he does interviews, goes to parties, and is an A—List celebrity starring in big budget pictures. He has learned to channel his anxious energy into a fantastic film career. To learn more about SAD or Johnny Depp and his social anxiety check out socialanxietyanswers.com.

Obsessive compulsive disorder is another type of anxiety related disorder. According to the International Obsessive Compulsive Disorder Foundation, Obsessive Compulsive Disorders (OCD) can occur when people get caught in cycles of compulsions and obsessions; which are unwanted urges and thoughts that trigger distressing feelings. Obsessions are recurring thoughts coupled with a feeling of anxiety. Anxiety is the brains way of telling a person they're in danger, like the bodies internal alarm system, but for people with OCD they continually experience false alarms that can make life difficult.

Celebrity Howie Mandel started his career in Toronto as a stand-up comedian, now hosts gameshow Deal or No Deal, publicly came out about his OCD on a 2006 episode of the Howard Stern Show. “It is so tiring, so cumbersome, so exhausting. It doesn't have any rhyme or reason,” Mandel tells Stern. OCD can make life difficult because of the amount of time spent doing rituals.

According to Mandel his obsessions come from an irrational fear of germs; a common obsession, which leads to the compulsion of cleaning, washing, and avoiding touching. His signature fist bump is one of the ways he works around not shaking hands. The second time Mandel came to the Howard Stern Show in 2009 he had written a book titled, “Here's the Deal; Don't Touch Me”, a memoir of his life with OCD, as a way of doing his part to break the stigma against mental illness. Mandel still does stand-up comedy because he says it gives him comfort. “[Stand-up comedy] is in the now. I have terror, but a good kind of terror when I'm trying to entertain. That moment is the most comfortable place in my whole life.”

Despite the challenges of OCD Mandel has had an incredibly successful career as an actor, comedian, gameshow host and author, worth $40 million according to celebritynetworth.com. Coming to terms with a diagnosis can be difficult, but it can be a relief to have an explanation. Living with OCD is nothing to be ashamed of.

Actress and singer Demi Lovato is another celebrity that has struggled with mental health; having lived with bipolar, eating disorder, and addiction. Lovato started as a child actress in Barney, and Disney's: Camp Rock, before becoming a pop singer. Her parents split up when she was seven when; she then started feeling depressed and developed an eating disorder. Although she was able to achieve success, she faced inner demons that she would burry by eating, purging, and self-harming. After dealing with the stress of the lows she sought out help. It wasn't until in treatment she learned of her bipolar disorder. “Getting diagnosed was kind of a relief. It helped me to start making sense of the harmful things I was doing to cope with what I was experiencing,” Lovato said on bevocalspeakup.com, a website advocating for mental health awareness.

In a 2012 MTV documentary, after her stay in a treatment center, she allowed audiences a gander behind the scenes of her first tour back from rehab. Demi Lovato: Stay Strong: “Why not air my secrets?” gave a glimpse into her recovery. The MTV special depicts the star's confessions to fans; she described hating being a role model in the past because of her issues, but now she uses her role model status to inspire others who might be struggling with mental health concerns. Recently she's celebrated five years of sobriety and has been coming out about her struggles; being an outspoken advocate for mental health awareness and producing a mental health awareness documentary titled Beyond The Silence on bevocalspeakup.com. Lovato has used her music as a platform to advocate for mental health awareness as well as her motivation. “Without music it would be really hard to stay in recovery,” Lovato said.

With the help of sponsors and supports Lovato was able to make it through treatment. She has been triumphant facing the disorder, although she doesn't believe she's fixed, she considers herself a “work in progress”. “If you are struggling with a mental health condition today, please don't give up. Asking for help is assign of strength,” Lovato said. With proper help and treatment, as seen in the case of these celebrities, everyone can live happy lives; we just need to beat the stigma.