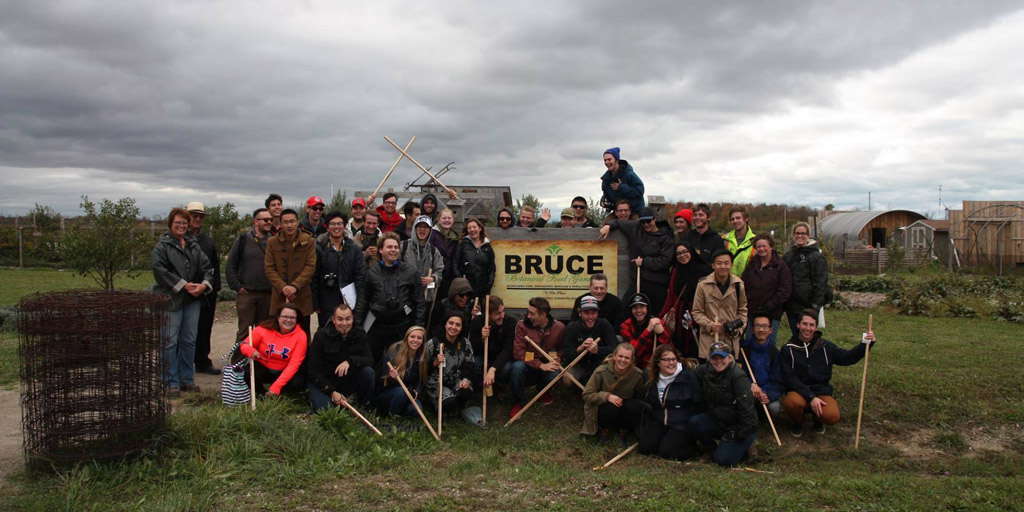 Chelsea Mills (kneeling in the front row furthest to the right) pictured with her landscape design classmates at the Bruce Botanical Food Garden during a project last year. As a result of the faculty strike, some of the program's students had their semester abroad in Italy and Spain cancelled, leaving them devastated and vocal about their concerns.


Fanshawe landscape design students are voicing their concerns to government officials, news outlets and the College after their planned semester abroad in Europe was cancelled as a result of the faculty strike.

Each year, landscape design students are given the opportunity to study abroad during their third year of studies for a two month condensed semester.

This year, students were supposed to have the opportunity to listen to lectures while touring the breathtaking landscapes and architecture of both Italy and Spain.

Dana Morningstar, the Chair of the School of Design, explained that some highlights of the curriculum included students visiting various famous gardens from the renaissance and other time periods and traveling to numerous renowned cities such as Rome, Venice, Florence, Barcelona, Seville and more.

“We did feel like [the semester abroad] was crucial to our whole experience at Fanshawe, because we thought it would really deepen our understanding of the history of our craft, landscape architecture,” Chelsea Mills, a design student who was supposed to go on the trip to Europe said.

The semester abroad was supposed to take place from Oct. 16 until Dec. 9. Additionally, the 17 students spent the past five months making payments in order to experience this unique learning opportunity.

Mills explained that she was previously working seven days a week in order to pay for the semester abroad.

Morningstar explained that she started emailing the landscape design students around three weeks before the strike to explain the situation and make the students aware that if the strike were to take place, the semester abroad would have to be cancelled as a result.

“We did try to wait it out and we were so hopeful that the [semester abroad] would have proceeded. But, we had a responsibility to the students and their families to let them know that we cannot predict some things that are provincially determined,” Morningstar said. “We had a meeting the Wednesday before the strike deadline and said that there were so many unknowns at the time and we were going to cancel the trip.”

Morningstar explained that students are in the process of being reimbursed for the semester abroad and flight cancellation penalties. “We are all disappointed, whether it's the admins, the faculty or the students and their families,” Morningstar said.

Peggy Sattler, the MPP for London West and New Democratic Party (NDP) critic for colleges and universities, explained that one of the concerns raised by landscape design students to government officials in the London area, focused on the fact that some students do not have a place to live until their original planned time of return from their trip to Europe. Since students expected to be in Europe until Dec. 9, some individuals had given last months' notice on their apartments prior to discovering that the trip was cancelled.

“I have received emails from students from a number of programs who are concerned for many different reasons about this strike and the impact this strike will have on their education. We believe the province has a clear role to play in getting both sides back to the table and insuring that the funding is there to meet the needs of students in this province,” Sattler said.

“It's shameful that it has come to this. The provincial government has year after year been reducing the funding that it is providing to post-secondary institutions. We are now at the point where provincial funding makes up less than half of the revenues that are available to colleges and universities in Ontario,” Sattler said.

The 17 landscape design students who were supposed to spend this semester abroad will start their semester at Fanshawe once the faculty strike is over.