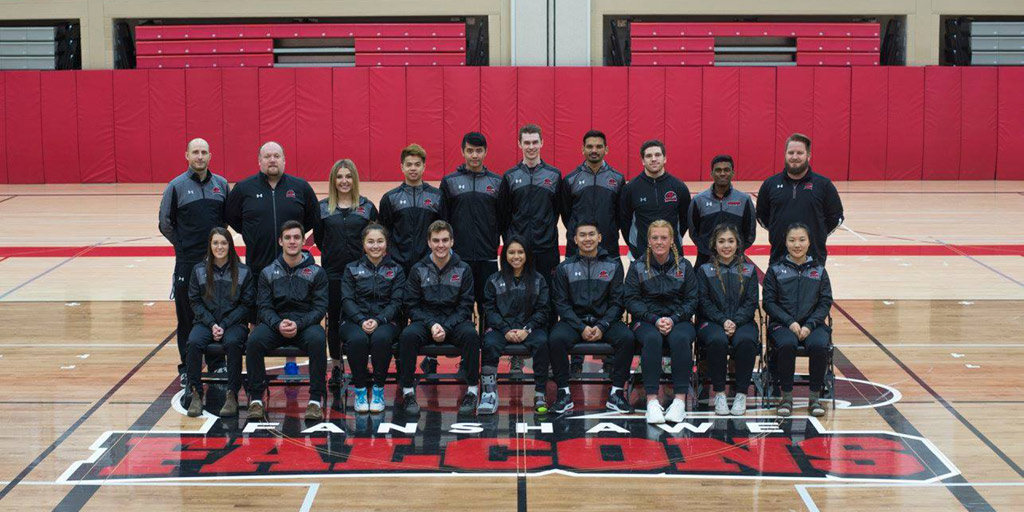 CREDIT: FANSHAWE ATHLETICS
Participants who qualified for the OCAA Badminton Provincial Championships will be travelling to Mohawk College from Feb. 16 to 17 to compete. Both the men's and women's indoor soccer teams will be competing in a tournament at Sheridan College on Feb. 17.

The Fanshawe badminton Team participated in the Ontario Colleges Athletic Association (OCAA) West Regionals from Feb. 3 to 4 in order for various singles and doubles competitors to compete for spots at the upcoming OCAA Provincial Championships. The falcons had a successful weekend at the University of Toronto — Mississauga, with various athletes securing spots at the Provincials Championships at Mohawk College from Feb. 16 to 17. In order to qualify for provincials, athletes had to place within the top three positions at the tournament. Riley Hogan will be going to the Provincial Championships as a result of finishing the tournament in first place in the women's singles competition. Sahil Sahil also finished in first place in the men's singles, securing himself a spot at provincials. The falcon men's doubles team consisting of San Dang and Allan Pao will also be going to provincials later this month after placing third at the tournament with a final score of 4-2.

Both the men's and women's indoor soccer teams finished in second place at the George Brown tournament on Jan. 30. During the preliminary round of the tournament, both teams went undefeated in their games. In the semi-finals, the women's team won their match against Georgian College with a final game score of 1-0. In addition, the men's team was also victorious in their game against Seneca College with a final score of 2-1. However, in the finals, both Fanshawe teams fell to host George Brown with the women's match resulting in a final game score of 1-0 and the men's match resulting in a final score of 2-0. The men's and women's soccer teams will be participating in the Sheridan tournament on Feb. 17.