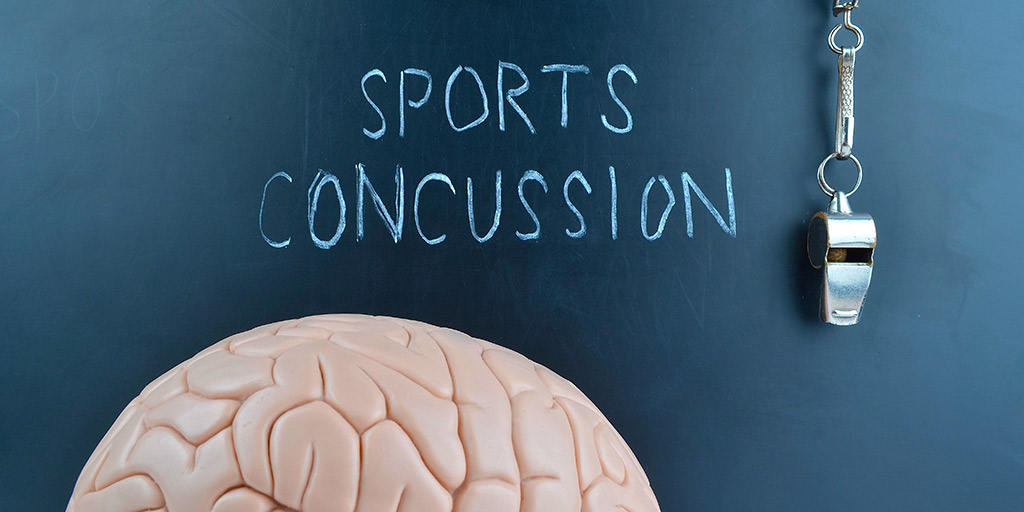 In a unanimous decision, the provincial government passed a bill earlier this month that will help protect amateur sports players from concussions. According to the Legislative Assembly of Ontario's website, which details the Rowan's Law bill, coaches, parents and athletes will be required to examine annual concussion awareness resources approved by the Minister of Tourism, Culture and Sport, which includes prevention, identification and treatment. In addition, the bill includes a concussion code of conduct and a removal-from-sport and return-to-sport protocols, which will remove athletes suspected of having a concussion from the game immediately.

“With this legislation now in place, amateur athletes in Ontario — and the coaches and families that support them — will have the safe sport system that they want and deserve. Through increasing awareness, and changing conversations on the field, at school and in our homes, Ontario is creating a world class amateur sport system where athletes and Ontarians can participate safely,” Daiene Vernile, the Minister of Tourism, Culture and Sport said in a March 6 Ontario government news release.

The bill now only requires Royal Assent to become law.

Robert Werstine, the senior physiotherapist at the Fowler Kennedy Health Clinic, explained that it is very important to have very clear guidelines for removal-from-sport and return-to-sport protocols as well as more education on the topic of concussions and head injuries. He said that more concussion education and detailed protocols will assist coaches, who are sometimes parent volunteers, in making more informed decisions regarding the safety of these athletes and when to remove an athlete from the game.

The bill was named after a 17-year-old girl named Rowan Stinger, who died in 2013 as a result of second impact syndrome after receiving multiple head injuries during rugby games. Werstine explained that second impact syndrome is when an individual sustains a second head injury before the first injury has healed. Within the first 24 hours of sustaining a concussion, there is a decrease in the amount of glucose that is used to make energy in your body, otherwise known as adenosine triphosphate (ATP). During this time period, your demand for energy in the brain is higher than your body's ability to provide that energy. He explained that when there is a disconnect between the amount of energy available and the amount of energy that your brain wants, if a person sustains a second head injury, it increases their risk of having a brain bleed. This phenomenon is called second impact syndrome, which is akin to a stroke.

“One of the huge educational components around Rowan's Law [states] that if an athlete is suffering symptoms from what could be believed to be a concussion, they are not allowed to return to play until they have been evaluated by a health care professional, so that we can keep players [safe during] that danger period,” Werstine said.

According to the government press release, Ontario set a precedent by becoming the first province to pass concussion safety legislation. The government worked with the Rowan's Law Advisory Committee as well as various medical experts, sports leaders and researchers, to create the piece of legislation.

Rowan's father, Gordon Stinger, shared some words regarding the legislation in the press release, “I believe that Rowan's Law will become the ‘gold standard' for concussion legislation in Canada, because of the incredible work of the members of the Rowan's Law Advisory Committee. I look forward to seeing Rowan's Law implemented in the months to come, as well as the other key recommendations of the Advisory Committee. In the memory of our daughter Rowan, I thank all who were involved in bringing us to this day, and to those who will continue the important work of promoting concussion awareness.”

The bill also states that the last Wednesday of September will be Rowan's Law Day.

Michael Strong, dean of the Schulich School of Medicine and Dentistry, explained through the concussion safety advocacy raised as a result of the tragic death of Rowan Stinger, the province now has legislation on concussion safety that speaks to everything from training, awareness and uniformity of teaching at secondary schools. He said that the team who helped make this bill a reality should be applauded and “Rowan's Law is tremendous in forwarding education and awareness on concussion safety.

Rugby Ontario's Chief Operating Officer, Larissa Mankis, commented on the passing of Rowan's Law. “Rugby Ontario believes the passing of this bill is extremely important and is a big step toward concussion safety in our province, as well as a big step in preserving Rowan Stringer's legacy. Player safety is a priority for us and our national union, Rugby Canada. This is evident through our concussion management and return to play policies, our partnership with Holland Bloorview's Kids Concussion Centre and Rugby Canada's PlaySmart initiative.”

Bill Nye, Justin Trudeau talk science at the U of O

Bill Nye, Justin Trudeau talk science at the U of O