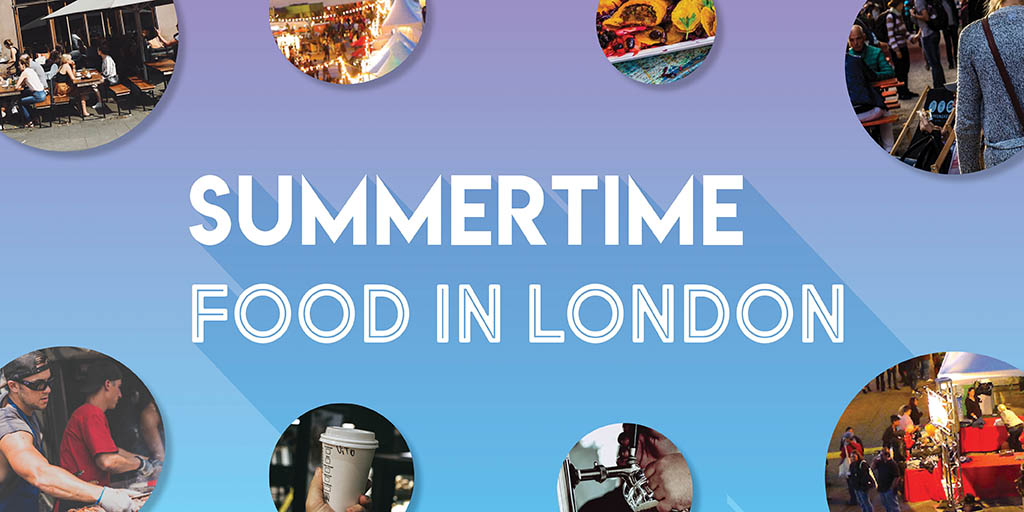 Brunch should not be confined to an arbitrary time frame reserved only for the weekends; join locals and visitors of the Forest City at London Brewing Co-operative for a day of pure indulgence. The festival will include brunch items from local restaurants and food trucks, as well as local musicians and a cash bar. Sounds like a recipe for success! On top of a generous serving of fun and sun, Brunchfest will be the first to host a dad joke competition — come prepared with your corniest, cheesiest jokes. Admission by donation (suggested: $5 to $10).

Celebrate the diversity of cultures in London at London International Food Festival. This festival includes live music acts, local vendors, and cuisines from all over the world. In partnership with the food festival, the Craft Beer Festival will be happening in the same venue. The Craft Beer Festival includes craft beer from surrounding areas. Sip on an orange creamsicle ale from Railway City Brewing Company over the sunny weekend and soak in a healthy dose of Vitamin D. Some fun foods to look out for at the festival include: gourmet grilled cheese sandwiches, fried chocolate poutine, and wontons.

Get feisty with the Latin Gastronomy Festival happening at Budweiser Garden this summer. Spend the day listening to Maelo Ruiz's romantic salsa music and tasting new, bold flavours in the heart of London. Grab and arepa from one of the vendors and spend an afternoon immersed in a different culture. Priced at $15 early bird tickets and $20 at the door.

Get all up in the grill at London's Ribfest. Celebrate having sticky fingers and corn bread with fellow meat lovers at Victoria Park. This year's celebrations have more grit and gristle than ever: for the first time ever, London Ribfest will be hosting a beer pong championship, where winners will be flown to Las Vegas for the 2019 World Series of Beer Pong. Another new addition to the festival is an arm wrestling competition.

Crack open a cold one over the weekend at the Forest City Beer Fest! Beer lovers will be delighted to hear that the annual craft beer festival will be returning to London for its sixth year.  This year, they will be featuring over 20 brewers to celebrate the nectar of the gods. This event will take place on Rotary Square of Covent Garden Market. There will also be a plethora of food trucks and food stands to fill up bellies at the bubbly festival. Free admission.