LTC bus route changes in the wake of downtown construction 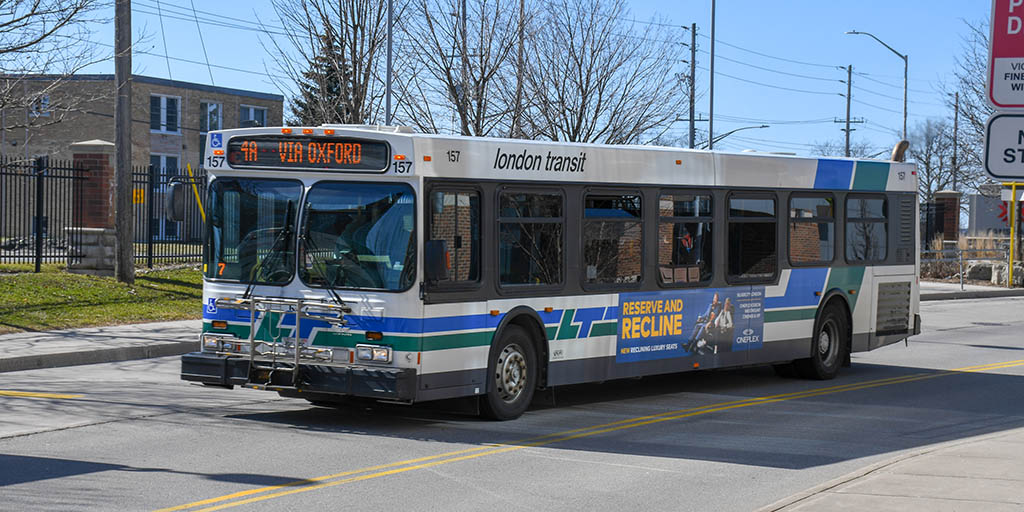 With construction happening downtown, it's good to be aware of any delays your bus trips may have.


At the beginning of this September, construction will begin in full force in the London downtown area. The most noticeable of work will be the closure of the Dundas and Richmond intersection.

Those students who rely on the London Transit Commission (LTC) to travel to the Fanshawe campuses downtown, the old and new one, will be the most affected.

New service changes will also begin to be in affect come Sept. 2, changing the frequency of many LTC routes.

When coming from the main campus, students will be able to use the route 4, 104 or 20 buses. With the 20 being a 40 minute bus ride from downtown to the College’s main campus, and vice versa, most students choose to take the 4 or 104.

According to Katie Burns, director of planning for LTC, the new changes are to improve the reliability and scheduling of these routes.

“The route 4 is going to have an increase in the round trip time, which is going to improve the reliability of that route. Right now, we are having some issues [with] the route in the ‘p.m. peak’ period, so between 4 p.m. and 6 p.m., [buses] are running behind schedule on a regular basis. We are adding more time to that route to ensure that the route is able to maintain the posted schedule,” Burns said.

Burns stated that the construction period should last around six weeks after it begins and those routes affected, such as the 4, will return to normalcy afterwards, with an increased frequency still applied.

If not already aware of it, the bus stops that were on Dundas from Rideout to Wellington Street have been moved to the one way Streets of King and Queen and their respective intersections.

These changes are permanent and will not be returning back to Dundas Street due to London’s ‘flex street’ plan, which is making a shared road for pedestrians, cyclists and very slow moving vehicles.

About two blocks away from the downtown campuses, students who will be traveling with buses such as the 20, 2 or 9 will have to catch them at the new King and Queen Street stops. Students who take the routes along these streets should take care to add in the walk time from these stops in their arrival time for classes, as construction continues in the downtown area.

Burns said that students should try to be aware as much as possible of delays happening on their bus routes due to construction.

“Just based on the construction, as well as the first couple of weeks when school’s back in, there’s always a little bit of delay on some of the routes as students from both Western [University] and Fanshawe are trying to determine when the best time is to travel,” Burns said. “What we recommend in the first couple weeks is always trying to take a bus a little early then when you actually need to arrive at your classes, just to make sure you are going to be on time to accommodate for any of those delays by construction or by the increase volume of passengers.”

For updates on service changes or delays check out the LTC’s website at londontransit.ca or their social media account at twitter.com/ltcldnont for the latest bus news.