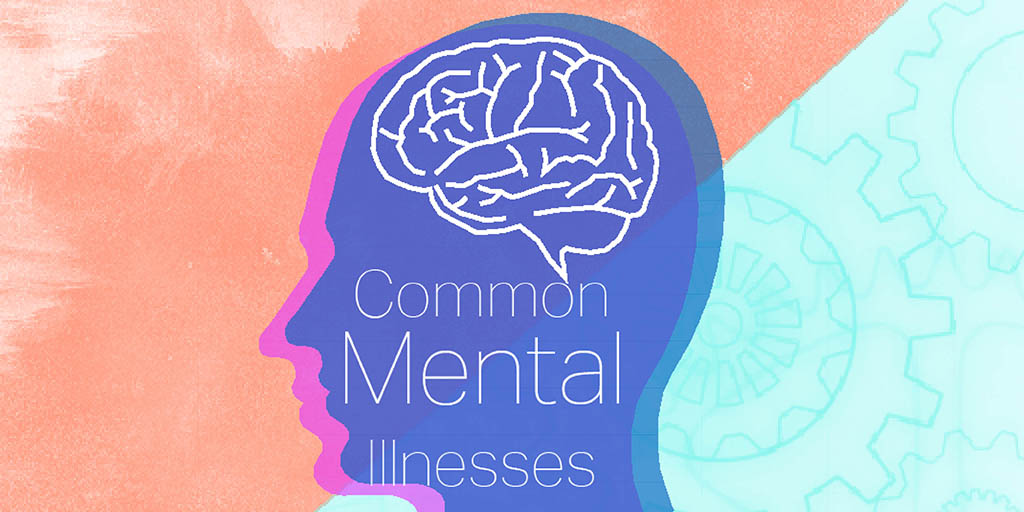 The government of Canada reported that over 30 per cent of Canadians will experience mental illness during their lifetime, regardless of age, income, or culture. These can be caused by a variety of reasons: biological, genetic, or environmental. According to Canadian Mental Health Association (CMHA), the Canadian government has spent billions of dollars on care for these patients. Here is a short list of the common mental illnesses in Canada and how to seek treatment for them.

According to (CMHA), one in eight Canadians experience depression at one point of their lives. This is a treatable condition that affects someone's daily function and emotions. Some symptoms include feeling sad, physical pain, major weight changes, sleeping problems, difficulty in concentrating, as well as suicidal thoughts. The most vulnerable group for depression are women and young adults between the ages (15 to 24). There are a number ways of combatting depression, the most common being counselling, cognitive-behavioural therapy (CBT), and medication.

There are different illnesses under this term, all of which relate to irregular eating patterns and being overly concerned about body weight. Two common eating disorders include anorexia nervosa and bulimia nervosa. In both cases, patients have body image issues and work towards an unrealistic body image. With anorexic patients, they will limit caloric intake and constantly sees themselves as overweight. Some detrimental effects to the body include organ failure, heart difficulties, and even death; with bulimic patients, they will go through a stage of binge eating followed by purging. These activities (vomiting, overusing laxatives, or over exercising) all stem from their guilt and/or shame from overeating. It can cause gastrointestinal problems and disintegration of teeth. Some ways to treat an eating disorder is to seek medical care, nutrition, and medications.

Fitting under the anxiety disorder category, patients often feel uncomfortable and anxious in social situations, sometimes resulting in panic attacks. Some symptoms include shallow breathing, feeling shaky or lightheaded, and experiences hot flashes. Common groups that experience this are women and children (before the age of 18). Some ways to combat this are counselling, medications and seeking out support groups.

One per cent of the Canadian population have this disorder, according to the Canadian Mental Health Association. Patients with bipolar disorder experience high moods (mania): being unrealistically confident, overspending, ecstatic happiness, or overly powerful. They also experience depression in their lows; there are three types of bipolar disorder: bipolar I is characterized as having a week-long manic episode intense enough to warrant medical care, followed by a depressive episode; bipolar II is a combination of depressive and manic episodes; cyclothymic disorder is few hypomanic symptoms that last a couple of years. Some symptoms include drastic change in energy, sleep patterns, and mood. Some treatment options include psychotherapy, medications, and electroconvulsive therapy (ECT).

This is characterized as having an unreasonable fear of an object or situation, despite whether or not it will cause immediate danger. Some people have phobias of spiders, balloons, and holes. Phobias can be developed by environmental reasons as well as genetic reasons. They usually develop during childhood (before the age of 10) and tend not to go away on their own like other childhood fears.

A common misconception of this disorder is that it can be outgrown, however this is not the case. Most ADHD patients are genetically predisposed to it. In children, boys are more likely to suffer from it. At adulthood, occurrences are equally likely. Some symptoms are not having the ability to focus, hyperactivity, or inability to break focus. Some ways to cope with ADHD is through taking medication and counselling.

1
Students with eating disorders face additional struggles in COVID-19
2
Adding COVID-19 to our already complicated lives
3
The reality of mental health: an uncensored glimpse into our support services

What you should know about eating disorders

Mental health services in and around campus