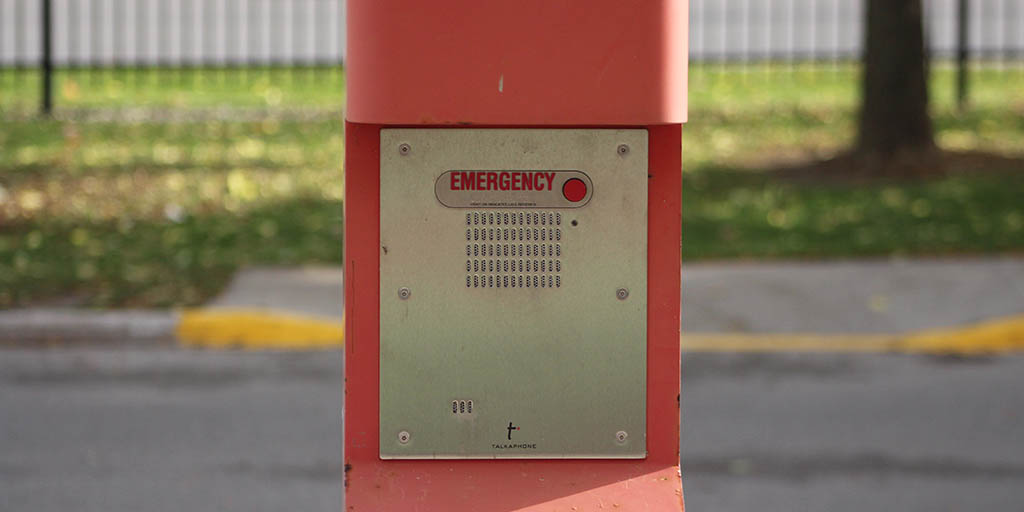 
Several recent incidents have officials reminding students to always be alert and aware of their surroundings.

Investigators are offering safety tips to anyone using bus shelters after two reports of a male assaulting females at London bus stops within a two-week span.

The first incident occurred on Oct. 7 at approximately 7:10 p.m.

A male approached a 17-year-old female as she waited for an LTC bus in a bus shelter at the intersection of Oxford Street West east of Proudfoot Lane. He entered the shelter, sexually assaulted the female, and then fled on foot.

The suspect in this incident is described as a black male between 19 to 20-years-old and approximately 5’8” with a slim-to-medium build, small eyes, and short black hair.

He was clean shaven, wearing a black t-shirt, white athletic shorts with possibly a red coloured design along the sides and white sneakers.

He was also carrying a purple “Western” hooded sweatshirt with a Mustang logo along the sleeve. He was seen putting on the sweatshirt and pulling the hood up while he was running from the scene.

The second incident occurred on Oct. 18 at approximately 10:10 p.m. on Commissioners Road East and Deveron Crescent.

A male approached a bus shelter and began pacing back and forth. He then entered the shelter and assaulted a 26-year-old female inside, then fled on foot.

The suspect in the second incident is described as male, black, 30-years-old and approximately 6’2”. He has a skinny build and was wearing all dark clothing including a blue hooded sweatshirt. He had something covering his face.

Neither of the victims were physically injured. Police searched both areas but were unable to find the suspect.

A media release describing the incidents included safety tips for anyone using a bus shelter:

• Be aware of your surroundings, especially when alone or within a bus shelter

• Whenever possible travel with a person you trust, especially in the evening

Fanshawe’s sexual violence prevention advisor, Leah Marshall, pointed out that not all forms of sexual violence leave behind physical injuries, as is seen in these cases.

“Sexual violence takes place in many different ways and it doesn’t have to just be physical violence,” said Marshall. “It’s important for students to know that the services that are available through the sexual violence prevention advisor [at Fanshawe] are not just for physical acts of violence. If someone’s experienced harassment at a bus stop they can still access this service.”

The bus shelter incidents occurred closely following two unrelated off-campus incidents, each involving the assault of students. Both of these incidents were reported to the London Police, and subsequently described and shared in social media posts written by the victims.

One female student said she had been attacked, on her way to get coffee, by three young men near Oxford and Empire Street one evening in late September.

The posts, seen on a Facebook group page directed to female Fanshawe students, generated a strong reaction from readers.

Maggie Gallant, a first-year student in office administration (executive), shared that she would be willing to take in anyone needing a safe haven should they feel unsafe while off-campus.

She said her offer received numerous responses and almost 200 “likes”.

“Being a victim of assault in the past, I had a friend come to my rescue and I am still grateful for that to this day. I want to pay it forward and do the same for anyone else who is in a bad situation,” Gallant told Interrobang.

Daija De Angelis, a general arts and sciences student, said her father was willing to teach a free ju-jitsu class to interested females.

“My dad wanted to make sure I could protect myself,” De Angelis explained. “Then I started telling him about the stories of other girls being assaulted and told me he would teach some girls as well.”

De Angelis’ post received 56 comments. When she spoke to Interrobang, she said she was working with her father to co-ordinate the class time.

Elaine Gamble, Fanshawe’s senior manager of corporate communications, confirmed in an email to Interrobang that the College was aware of the posts. She said that the College felt it was important to ensure students had access to general safety messages such as the following sent out in a mass email to students:

• Remain aware of your surroundings and be alert.

• If you are going out for the night, make a plan with your friends. Always plan to leave together and come home together, leave no friend behind!

• If you get lost or separated from friends, have a plan of who you can call.

• Walk with a friend or in a group—don’t travel with someone you don’t know.

• Avoid poorly lit or isolated areas and use public spaces for waiting areas.

• Make sure your phone is always charged. Pre-program emergency numbers in your cell phone.

“Be aware of your surroundings,” Bough said. “If you see something say something. If you’re ever placed in a situation that makes you uncomfortable, get the best description that you can of any suspects or anybody involved and provide them to police immediately.”

If you are on campus and require Campus Security Services in a non-emergency situation, dial x 4400.