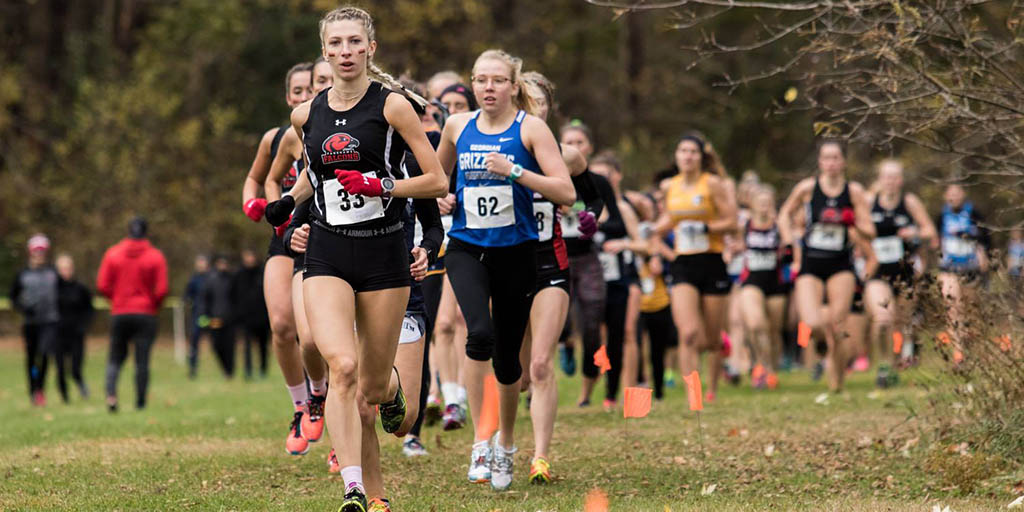 “It will be hard,” Hanna told Interrobang of her upcoming break from the next track season, “but also a bit of a relief to have a lot more time on my hands.”

The Peterborough native is in her second year of Fanshawe’s rigorous three-year medical radiation technology program. In January, she starts a full-time placement at a regional hospital. In order to meet her career goals, Hanna said she wants to concentrate all of her energy on gaining practical work experience.

It will be the first season in years that Hanna won’t step onto the track.

She first started running cross-country in elementary school. She went on to run track in high school, where she developed a preference for the 800-metre dash. Hanna said she never took cross-country seriously until her final year, when she joined a club and ran competitively.

With a career in the medical field in mind, Hanna then enrolled in human kinetics courses at the University of Guelph. She joined the school’s running program, which boasts a reputation as being one of the best in the country.

“They’re an extremely competitive team,” Hanna said. “At the time there was a big group of Olympians running there as well. It was a really cool atmosphere to get to be a part of that training group.”

She adds, “I just didn’t like the academic program.”

Realizing that the program was not the best fit, Hanna took prehealth at another college while searching for something better suited for her.

She found what she was looking for, both academically and athletically, at Fanshawe, and joined the running team when she enrolled in classes in 2017.

At this year’s nationals, she placed sixth overall with a time of 24:06, leading the Falcons women’s team to collect 45 points and rank as the top team in the country. Hanna’s results helped the team become national champions.

“Janelle is an extremely focused and dedicated runner who throughout her years as an athlete has developed multiple skills which allows her to strive and lead by example,” coach Ashley VanderVecht said to Interrobang.

“Janelle has completed an extremely successful summer track season as well as cross-country. [She] will take a couple weeks off from running, however we are excited to see Janelle continue to grow as an incredibly talented athlete.”

Hanna said that she owes her success to her coaches VanderVecht, John Mason and Sean Tilden, as well as the team’s comradery, which has strengthened in the past year.

“It’s kind of cool to go back-toback as the OCAA champion. This year is really great for the women’s team. We were a really tight-knit group,” Hanna said. “It’s always nice working out with the team and earning the rewards. You doing well and your teammates doing well, it just feeds off each other. Running is a quantifiable sport so it’s pretty satisfying just to be able to see your work paying off. We do a lot of the same workouts two or three times during the season and it’s nice to see your time cut down from one to the next. You can really measure your accomplishment based on that.”

“It’s tough. I’d say I train 15 hours a week, not including raceday travel time. It is demanding, and my program is a lot of work; it’s constant testing, so it does get stressful for sure,” Hanna said.

Hanna said that although there has been little downtime between training and homework, her enjoyment of the sport has kept her going.

“I do love the sport. I do it because I’m really passionate about the sport and always have been. It’s my fun time,” she said.

She said that even though she will miss the track as she sits out the upcoming season, she is also looking forward to pursuing her career dreams, in the way that works best for her.

“I’ve always wanted to be in the medical field and I didn’t really know how to pursue it for the longest time. What I really like here is how applied [medical radiation technology] is and how direct it is,” she said. “It’s easy to see everything that I’m doing is going to be easily transferrable to the job and it’s exciting to know that I’m learning a trade where I’m going to be very useful and helpful to people.”