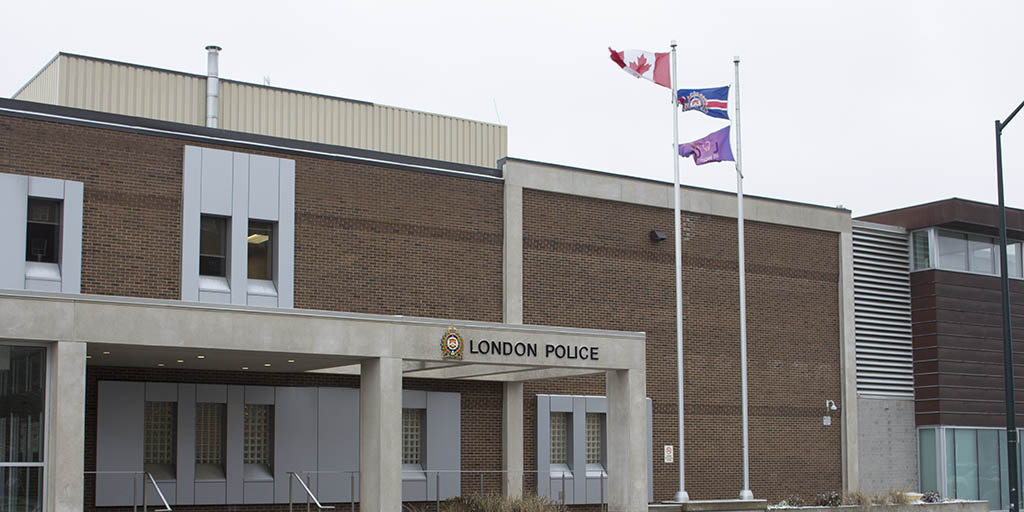 Credit: ANGELA MCINNES
The London Police Services Board (LPSB) has said it is revising its Sexual Assault Investigation Policy draft to be more traumainformed and victim-centered.

The London Police Services Board (LPSB) is requesting community feedback on its Sexual Assault Investigation Policy draft until Dec. 10.

Once finalized, the policy will act as a guideline to the London Police Service (LPS) as they conduct sexual assault investigations.

“The policy isn’t actually directing the operations of the service,” Dr. Javeed Sukhera, chair of the community relations subcommittee for the LPSB, said. “But what the policy affords us to do is an opportunity to ensure that the police service is consistent with principles and best practice.”

A 2017 Globe and Mail investigation found that the LPS “dropped 30 per cent of sexual-assault allegations as unfounded between 2010 and 2014”. The draft is the first revision the policy has seen in over 18 years.

Development for the policy began in January 2018 when the LPSB made a motion to update the process for reporting sexual assaults. The Board formed a sub-committee to oversee the development, with the aim of making the policy’s approach more trauma-informed and survivor- centred.

“Taking a trauma-informed perspective is essential to reduce any chances of re-victimization and to ensure that people’s perspectives are heard and validated,” Sukhera said.

The sub-committee’s first phase of engagement, from February 2018 to October 2018, included an open call to hear a diverse range of experiences and opinions, with an emphasis on Indigenous women, women of colour, people who identify as LGBTTQQI2S, people with disabilities and people involved in sex work. The Board either met directly with the individuals or heard their feedback via advocacy organizations such as ANOVA and the London Abused Women’s Centre.

Feedback from this phase led to the current version of the updated draft, which calls for the LPS to take measures such as more training, establishing a Sexual Assault Advisory Committee, establishing a Victim Advocate Case Review system, and developing and maintaining trauma- informed and victim-centred procedures while undertaking sexual violence investigations.

“During the consultation period, we heard loud and clear that [in] the process of reporting disclosure and follow up, there are many strains. There’s also a lot of room for improvement. We’re hoping we’ll ensure extra sensitivity when dealing with sexual assault investigations with particularly vulnerable populations,” Sukhera said.

Leah Marshall, Fanshawe’s sexual violence prevention advisor, took part in the sub-committee’s initial meetings. Marshall told Interrobang that the draft is a step in the right direction, and urged individuals to take part in the second phase of engagement, which seeks input from anyone who might be interested.

“Asking for that feedback is really important because the voices of survivors need to be reflected in this work,” Marshall said. “When I hear language around trauma-informed practice, I feel very positive, and I’d like to know more about what that’s going to look like when it’s actually put into practice and what that training’s going to look like as well. At least being able to get some input into the process I think is a good first step, and then I anxiously await the outcome of the final report.”

A copy of the draft is located online at Londonpolice.ca, search “London Police Services Board seeks feedback on draft Sexual Assault Investigation Policy”. Feedback can be emailed to lpsb@nulllondonpolice.ca, or arrangements can be made upon request to speak with a member of the LPSB sub-committee on community relations, members of which include Susan Toth, Javeed Sukhera or Vanessa Ambtman- Smith.
Leah Marshall London News London Police Service Sexual Assault Sexual Violence Prevention

Fanshawe bringing cheer to London with the Shoebox Project