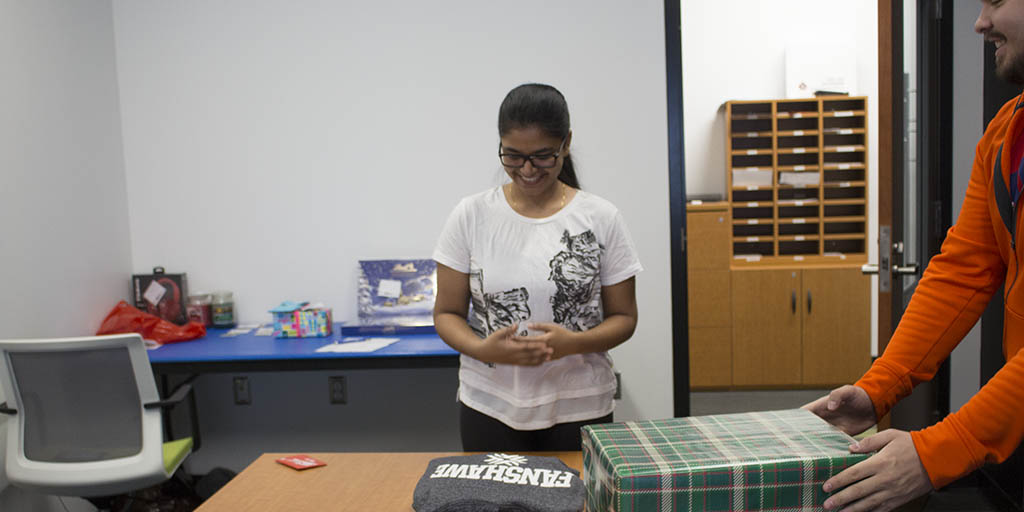 The FSU granted the holiday wishes of around 40 students at its London main and downtown campuses. The students were among those who had posted their wishes on a wall during the Union's Winter Fair in late November. They had no idea they would later receive what they wrote down.

FSU Advocacy and Communications Co-ordinator, Christine Belanger, said that the campaign began three years ago as a way to help students feel good during exam season by reminding them that the holidays are just around the corner.

“A lot of students that I saw this year were really stressed when they were filling out their Wellness Wishes,” Belanger said. “Most students don't know that we do this. Students come in and they're dragged out from exam time but they always leave happy so it's awesome to see.”

Gifts included headphones, game tickets, and gift cards, depending on what the student asked for.

“I feel wonderful, especially around exam time. It's such a nice little surprise and thank you very much to everybody who did this, it's a great little thing for the students,” said Nicole Meta, who received a $25 Esso gas card.

“Everybody who wrote on the wall asked for a job, or I need to go home. I wanted to be more realistic,” Sajan said as she proudly held up a grey Fanshawe hoodie. “I always wanted a sweater. It's perfect for winter.”

But not all gifts were functional.

Nichole Kroesbergen couldn't help, but smile when she found she'd won gift cards to a dinner and movie.

“I'm going to go out with my boyfriend. He's in a busy program so we haven't seen each other a lot,” Kroesbergen said. “It's kind of cute because he has to go out and do co-op for the next eight months, so that's something we can do together.”
Click on the thumbnails below to view a larger version of each image. 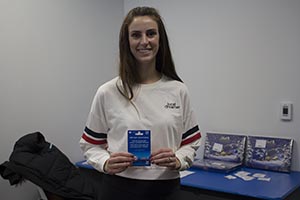 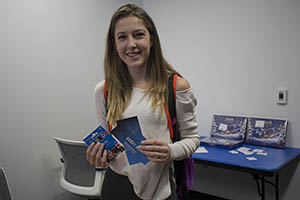 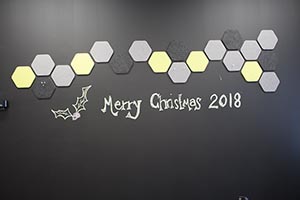 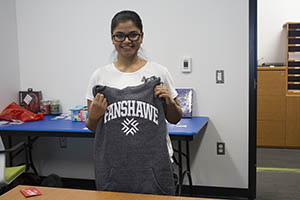 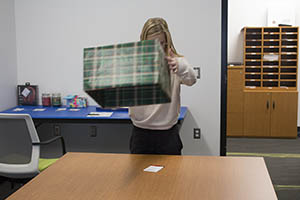 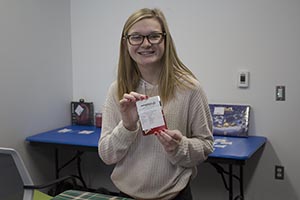