Falcons on track to record-setting year 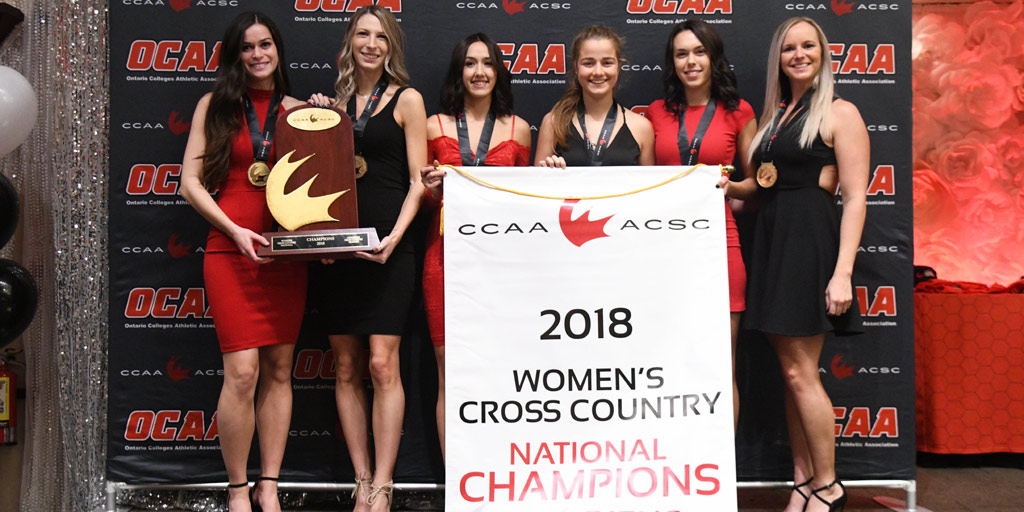 The Fanshawe Falcons won 15 medals in the fall season and are only five medals away from meeting the record set in the 2017-18 season for the most medals in one year.


The Fanshawe Falcons had their best fall season in history and are on the verge of having another record- setting year. According to a Dec. 4 Fanshawe Athletics press release, the Falcons won 15 medals in the fall season which puts them only five medals away from meeting the record for the most medals won in one year.

The press release said that the Falcons won 20 medals in the 2017-18 season. Upon the completion of the 2018 fall season, Fanshawe saw an 88 per cent increase from the same time last season which puts them on the right track to surpassing the 20 medal record.

Nathan McFadden, Fanshawe’s manager of athletics, said that it is not a matter of meeting the 20 medals, but rather how far the Falcons can get over that mark.

“I would say it is probably as close to a guarantee as you could get at this point,” McFadden said. “We are really excited and at this point the sky is the limit.”

McFadden also said that this was the best fall season in the 52 years of the college and attributes the success to hard working players and coaches.

“We are extremely proud of our student athletes and how they have represented our college and our athletic department both on and off the playing surface,” McFadden said. “We are really proud and pleased to see them get rewarded for the amount of dedication and work they have clearly put into their chosen sports of choice.”

“They worked incredibly hard and conquered each and every challenge together as a team,” Vandervecht said. “The five of them have developed friendships and created memories that will last a lifetime.”

Vandervecht also said that the men’s team worked hard to reach their goals despite some of the players battling injuries. The men’s team plans to continue striving towards success as a team next year.

“This year my team had a lot of new recruits and it was amazing to watch some of the veterans step up and guide the team to the right path for success,” Vandervecht said. “To watch them grow both individually and as a team throughout the season and have them come together like a big family and achieve their goals together is truly an honour to be a part of.”

“One of the things I am really proud of is that every one of our fall sports teams won at least one medal which just goes to show the overall strength of our program,” McFadden said. “Some colleges only excel in one particular sport and at Fanshawe we excel in everything we do. We are really the only one in the province who can make that claim.”
Click on the thumbnails below to view a larger version of each image. 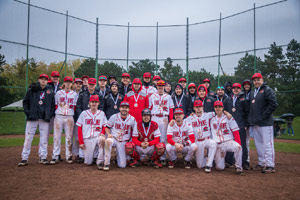 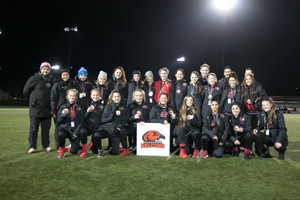