Fanshawe staff ready to rock the night away 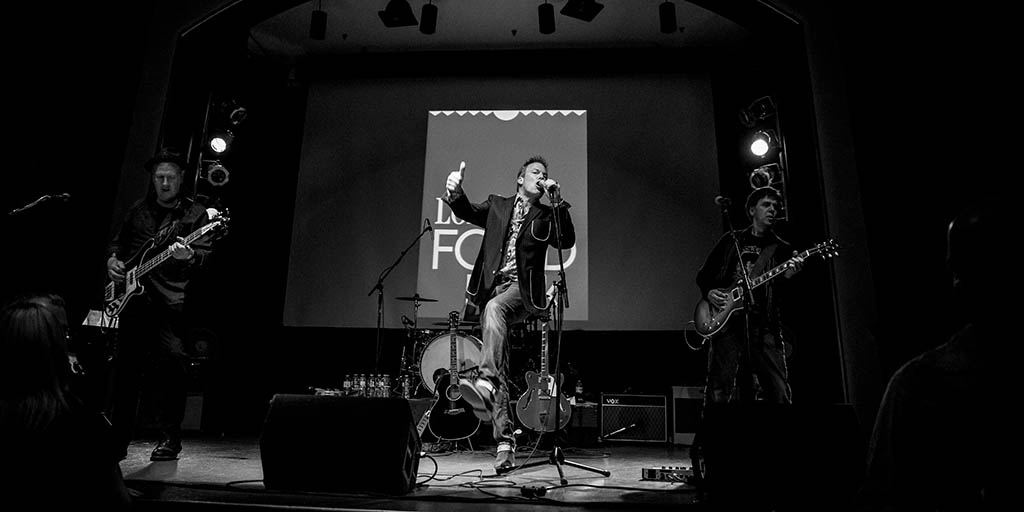 Fanshawe's own The Memphis Jam will play at the Aeolian Hall on Feb. 23, in support of the College's United Way campaign.


The Memphis Jam is a classic rock band made up by Gary Lima, Fanshawe VP of academic services, Jeff Wright, VP of corporate strategy and business development, Hayden Vialva and Paul Fleury.

The band is set to perform at the Aeolian Hall on Feb. 23, in support of Fanshawe’s United Way campaign. DJ Styles will also be there to emcee the night away.

According to Wright, the name The Memphis Jam came from the fact that “all forms of contemporary music came out of Memphis”.

Because of this, their repertoire includes selections of funk and blues, as well as rock n’ roll and punk.

Lima, a veteran in music was “in a band called The Dice where [I] worked with The Rolling Stones’ and U2’s producer”.

The Dice also played with Frankie Venom from Teenage Head, one of the most successful Canadian bands in the ’80s. The Memphis Jam was born as a passion project between the two VPs and the other band members and have played at Aeolian Hall six times to date.

Suited up and making decisions about the direction of Fanshawe College in the executive office by day, the rock stars take on whole different personas onstage.

“We get to pretend that we are in our young twenties for one night a year,” Lima said. “I think people thought that we were going to be some old folky band. People were shocked that [what we played] was really rock n’ roll: loud, obnoxious rock and roll.” He said their sound brought audiences back to a more music-centric time when people listened to “real” live music.

Wright said he wants to “create an energetic dance party” in their gigs that “closes the distance between the musician and listener”.

“We play the kind of music that takes you to a period where you are a part of [a larger] experience. When we perform we love the imperfections: the crackles and pops with the instruments and vocals,” Wright said.

Wright said he believes that this “gives [their audience] the experience that [the band members] felt internally [in the past] with the chemicals rushing through their bodies [as they experienced the music]”.

“It’s what we were used to before music changed so much. [In our shows,] we try to recreate what it was like for us,” Wright said.

Wright said he believes that contemporary music has “taken horrible steps backwards as a lot of the songs are [now] pre-recorded and looped”.

“A lot of the [musicians] aren’t particularly talented,” Wright said.

“Technicians and producers are incredibly talented, but the actual artists aren’t as talented as in the past,” Lima said.

The Memphis Jam tries to bring a little bit of magic into their shows by bringing an authentic rock n’ roll experience to their audience. This is done by playing an extensive catalogue of classic rock with a few original additions.

“Broken” is an original song that Lima wrote and his favourite to play that is riddled with Led Zeppelin influences about modern politics.

“The last show we did, the audience took out their phones and waved along to the song,” Wright said. “In our days, people used to do that with lighters [as a sign of appreciation for the music].”

Advance tickets are $25 with all proceeds going to the Fanshawe College United Way campaign. For more information, please visit aeolianhall.ca/events/the-memphisjam.