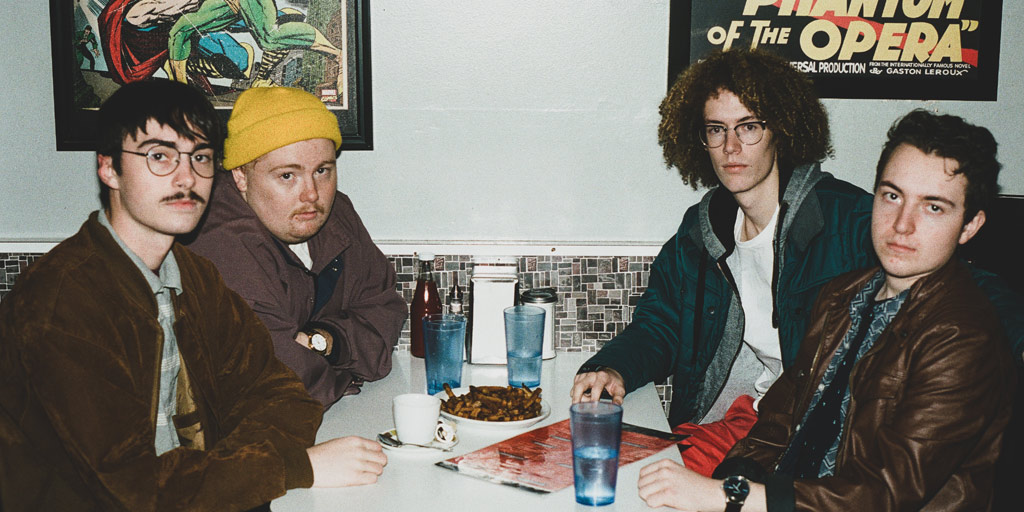 
Things have really taken off for the second year Music Industry Arts (MIA) students in the local band Sneaker Club.

This indie pop-rock group have been making music together for less than a year but have already amassed a strong following, by playing a number of shows, and are set to release their debut single next month.

The group came to be in a very organic, off the cuff fashion when front man Daniel Wagg and drummer Bryan Dowd had discussed forming a band but never followed through with the plan. It wasn’t until a friend in an out of town band invited Dowd’s nonexistent group to play a show that Wagg and Dowd were forced to make their dreams a reality.

That day they invited John Gould to play guitar and Lucas Van Bakel to join on bass, getting together for their first of many rehearsals shortly after.

“We worked out an arrangement for one song that I had written and it just kind of went from there,” Wagg said.

After playing this first show in October of 2018, the band was met with a positive reception from the local music community and only two gigs later were opening for up and coming alt-pop group VALLEY.

“It was a wild thing because I’d been following VALLEY for a few years prior to us playing the show with them...they’re a really great group of people [and] it feels really great to have met them,” Wagg said.

One aspect that sets this group of musicians apart from other acts beyond their talented musicianship is a unique presence on stage and uncontrived sense of humour that invites audiences have a good time alongside them.

“There’s definitely a chemistry between us where the people you see on stage are kind of just who we are. We all joke around a ton and there’s no real issue that happens in our band that will ever divide us,” Van Bakel said

Wagg echoed these thoughts adding that this enjoyment for music performance is the primary reason the group came together in the first place.

“For concerts and playing shows, obviously you’re putting on a performance. But at the same time, we’re doing it because we really love doing it and because we want to have fun and we want to have a good time. I don’t see a lot of point in playing music in front of people if you’re not having fun,” Wagg said

Things have continued to spiral upwards for Sneaker Club who in response to this success recently finished tracking their debut single at EMAC Recording Studios.

To produce the track the group enlisted the help of MIA program co-ordinator and JUNO award winning engineer, Dan Brodbeck. The group was thrilled to have Brodbeck’s involvement and the professional edge that he brought to the project.

With graduation just around the corner and Sneaker Club’s time at Fanshawe soon coming to an end, the students reflected on their time in MIA and the ways it has affected their outlook on the industry.

“There’s just opportunities I wouldn’t have been able to get if it wasn’t for Music Industry Arts,” Wagg said.

Van Bakel had positives to share about MIA and for those looking to get into the music world.

“I feel like anyone that wants to be in the industry in any capacity... this is where you should be because they teach you more than I could’ve ever bargained for coming here,” Van Bakel said. “I’ve been totally overwhelmed for the past year and a half of just how much you can get done here.”

With their debut single set for release on all major streaming platforms Feb. 15, Sneaker Club plans to celebrate the single on the day of its release with a show at Rum Runners. Here they will be opening for MIA alumni acts Olivia and The Creepy Crawlies and Anela & The Early Hours.