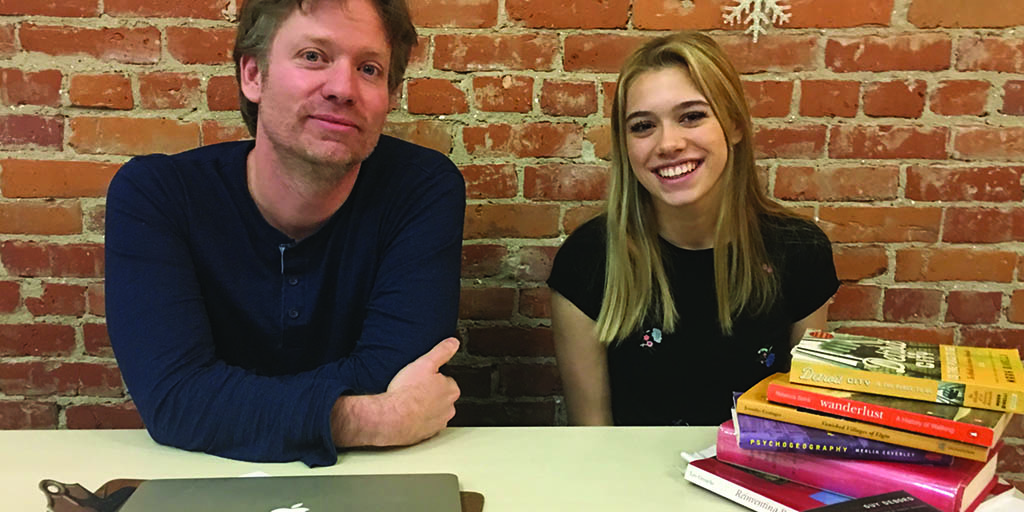 Andrew Gunn (left) and Maddie King (right) of the young & free press in St. Thomas. The pair researched the city's cultural history to create unofficial names for the neighbourhoods where new little free libraries will be installed.


A new project will see 35 to 40 new little free library boxes installed throughout the City of St. Thomas.

Skilled trades students of the St. Thomas/Elgin regional campus will help to create the boxes, designed to look like miniature houses. Once completed, the libraries will be placed in various neighbourhoods that have unofficially been given historically significant names by high-school volunteers at the local media outlet, young & free press.

The project started when Gunn and young & free press writer Maddie King observed that the area around the Elgin County Courthouse was named the “Courthouse Neighbourhood” by the City of St. Thomas. Gunn and King began learning about local history through books and talking to community members about the historicism behind other areas.

They used what they discovered to create more names, such as the “Kettle Creek Neighbourhood” near Old St. Thomas Church.

Passing by a preexisting little free library inspired them to join the two concepts together.

Gunn said that he hopes the project will help to develop a sense of community and culture in St. Thomas.

“There's a term called psychogeography which refers to mapping a community according to how the place feels when you walk and talk to people in the area,” he said. “The names and borders of the neighbourhood are kind of random, but based on the feel of a community and some of the historical aspects and how we see the community developing. It's all meant to be fun to put one of these in the neighbourhoods.”

Gunn, who is also an agribusiness instructor in Fanshawe's Simcoe/ Norfolk regional campus, saw the project as an opportunity for the College to connect with St. Thomas. The students will be involved in building the frames for the boxes.

“We want the frames to be solid and last for a long time. The nice aspect is if these boxes are installed in the community, we'll be able to have some signage on each one to recognize the kind of community partners on the project and also the donors.”

Homebuilding company Hayhoe Homes assisted in promoting the project and creating the box's initial design, while local donors have given $15,000.

Gunn said he has already collected around 500 books from community members.

“I don't think populating the boxes with books will be too much of a challenge,” he laughed.

The boxes will generally be posted outdoors in the summer, with the possibility of placing a few inside local venues as well. Aside from the neighbourhood signage, the little free libraries will have a uniform design.

Gunn said that overall, the project is a simple way to blend aspects of history, culture, and student involvement.

“Our St. Thomas/Elgin regional campus has evolved and grown over the past few years,” he said. “It's nice to see the involvement of students locally and let Fanshawe really connect with the community in this way at a really grassroots level.”