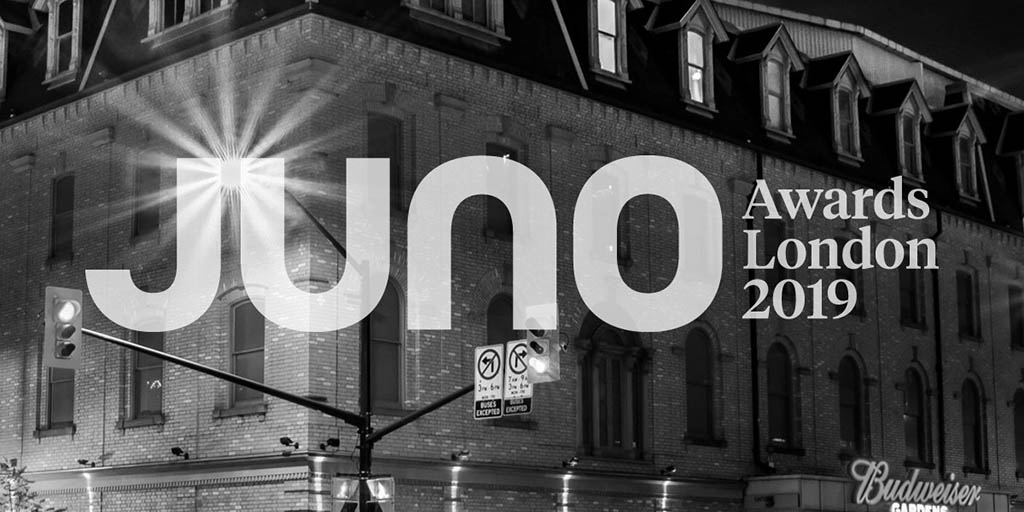 CREDIT: JUNOAWARDS.CA/BUDWEISERGARDENS.COM
London is set to host the 48th annual Juno Awards, along with a number of other events leading up to the big night.

In honour of the late Pierre Juneau and Canadian music achievements, the Juno Awards have been a part of Canadian tradition since 1970, to celebrate Canada’s artists.

Juneau’s role in developing the Canadian content requirements, derived from the Broadcasting Act of Canada, to broadcast a minimum percentage of content written, produced, presented, or contributed to by Canadian musicians has heavily changed how the music industry credited its performers.

Announced on Jan. 29, 2018, London was selected to host the 48th annual Juno Awards at Budweiser Gardens on March 17.

London’s bid to secure the Juno’s was valued at $1.7 million, with an additional $500,000 pledged by city council.

Juno week is part of the largest cultural event in Canada and it leads up to the big night by bringing an average of $12 million for hosting cities. Much of this economic benefit will be seen going to local bars, restaurants, and hotels.

During Juno week, prior to the telecast ceremony there will be an array of events to look forward to across London.

Two extraordinary nights featuring more than 100 bands from across the country, at more than 15 venues across London. Performances from all genres, Juno Fest begins March 15 to 16, from 9 p.m. to 2 a.m.

Juno weekend will start with a celebrity fundraising hockey game supporting MusiCounts, Canada’s music education charity. One dollar from every broadcast ticket and select shows at London Music Hall, Budweiser Gardens, and Centennial Hall will be donated to the cause. Juno Cup is on March 15, starting at 7:30 p.m. at the Western Fair District Sports Centre.

On March 14, musicians and athletes participated in the Juno Cup Jam at Rum Runners, a oneof- a-kind music event that featured a showcase of covers and collaborations, leading up to the Juno Cup.

Taking place at the London Music Hall, the show will feature performances by the 2019 Juno Award nominees for comedy album of the year on March 15, starting at 7 p.m.

A family-friendly Saturday morning dance party, featuring performances by children’s album of the year nominees. All are invited to the Wolf Performance Hall on March 16 at 10:30 a.m.

A chance for fans to meet their favourite artists in person at CF Masonville Place, Centre Court. Hosted by CBC Music’s Odario Williams, the event will showcase meet and greets from Juno nominees, and live performances on March 16 at 12 p.m.

Juno Stories from the Studio

Fans are invited to join a panel of nominated and winning producers and engineers for a live discussion on what goes into some of Canada’s most iconic songs. Presented at Fanshawe College School of Tourism, Hospitality and Culinary Arts on March 16, doors opening at 12 p.m.

A rare look at the process and inspiration behind artists’ favourite songs. Dubbed the Jewel of Juno Week, this intimate event is unlike any other during Juno week, demonstrating the powerful role songwriting plays. It takes place on March 17, 12 p.m. at Centennial Hall, and will be broadcast live on CBC Radio One, CBC Music, and be available via livestream at CBCMusic.ca/Junos.

The Juno Awards, the week’s main event, begins at 8 p.m. on Sunday, March 17, at Budweiser Gardens. It will be broadcast live across Canada by CBC, CBC Radio One, CBC Music and CBC Gem streaming service. The awards will be hosted by 12-time Juno Award winner Sarah McLachlan and feature performances by Arkells, Bahamas, bülow, Coeur De Pirate, Loud Luxury, Jeremy Dutcher with Blake Pouliot, NAV, The Reklaws and Sarah McLachlan. Additionally, a special performance by Shawn Mendes in Europe and the 2019 Canadian Music Hall of Fame inductee, Corey Hart, will take place.

Amy Shepherd, a student from the University of Western Ontario, and volunteer at the 2019 Juno Awards says she believes the event will be very beneficial to the community of London.

“I think it’s wonderful the Juno Awards are held in London for the first time. It is an amazing way for artists in all aspects of music to come together and share what they have created within the community and to further embrace their legacy of music programs,” Shepherd Said. “The Junos will bring more opportunities for the community to understand and love the diverse and unique talents among us.”

The 2019 Juno Awards are bringing forth a dynamic showcase of artists and content that will liven up the downtown streets, supporting local businesses and establishments, giving tourists the essence of what London has to offer.
Budweiser Gardens Concerts Junos London events Music