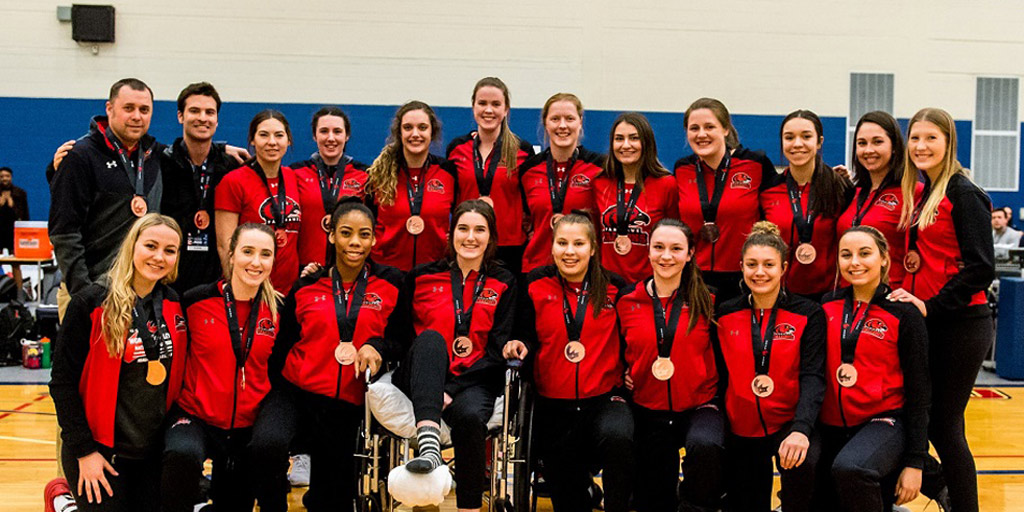 The Falcons triumphed over the Briercrest Clippers 3-0, clinching a National bronze medal. Meghan Morelli was named player of the match with a game-high of 20 points, while Janelle Albert was named CCAA Tournament First Team All-Star for her outstanding performance.

“It feels great to see this group of great people be successful,” head coach Sean Pellow said in a March 9 media release. “This team has worked extremely hard to become such a cohesive group and have stayed focused to achieve this goal, I am so proud of them.”