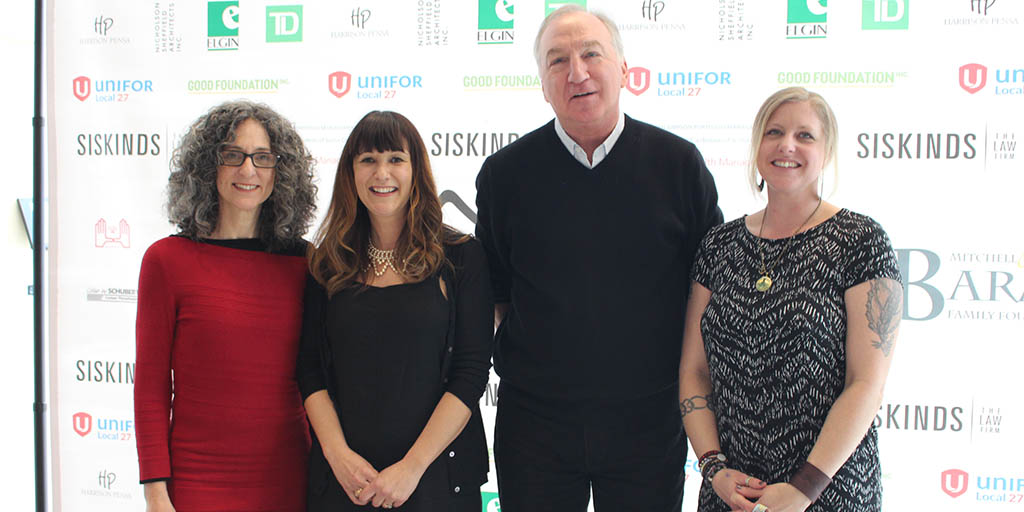 
A new partnership between Unity Project and Museum London will help to bridge art with community at this year’s ninth annual UPwithArt fundraiser.

For the past eight years, UPwith- Art has raised money to support Unity Project, a homelessness relief initiative in London. The event auctions off original contemporary and historical works of art donated by various collectors and local and emerging artists, as well as work made through collaborations between established artists and those with lived experience of homelessness.

After previously taking place at the Palace Theatre, this year UPwithArt will be held at Museum London’s new Centre at the Forks.

“We really imagine this as a community space,” Brian Meehan, executive director and chief curator for Museum London, said at an April 8 press conference.

According to Meehan, the use of the space will unite both charitable and art sectors in an effort to support a worthy cause.

“What we’re basically doing is bringing together two very different audiences, and hopefully doubling the reach of the event, [and] just combining the resources of those two sectors as well to hopefully create something that’s even bigger and better than previous years,” Meehan said.

He added that the event is perfect for Fanshawe students with an interest in art and or looking to get involved in the not-for-profit sector.

“I think this is a good example of the creativity of the not-for-profit sector, and also that social justice and heavy topics don’t have to be all serious,” he said. “You can have things that are fun and enjoyable in the service of supporting that as well.”

Last year, UPwithArt raised $101,000 through its silent auction. Chuck Lazenby, executive director for Unity Project, said that this year’s goal is to surpass that amount while raising awareness of homelessness within London.

“London is more often seen as a more affluent city, a city that doesn’t necessarily have those big city problems like Toronto, and that’s just not true,” Lazenby said. “We’re certainly seeing a lot more folks who are sleeping rough, sleeping on the street, that need more supports. If we don’t pay attention to the issue now, it doesn’t get better; we really have to focus on making sure that we’re creating solutions.”

Around 500 people are expected at the “arty party”, which also includes refreshments, live music and live multi-media art, as well as door and raffle prizes.

Local artist Angie Quick has been donating her work to UPwithArt for the past two years. Although she typically paints larger landscapes, this year she is contributing smaller pieces to be included in the auction.

“It’s great to have my art cross over to a community effort where it’s actually helping in a sustainable manner,” Quick told Interrobang. “It’s always fun to see everyone gathered together, and the dialogue that occurs with the art. [This year] it’s going to be beautiful overlooking the city, and I think that really gets across the meaning of the event.”