God probably exists. So be happy. 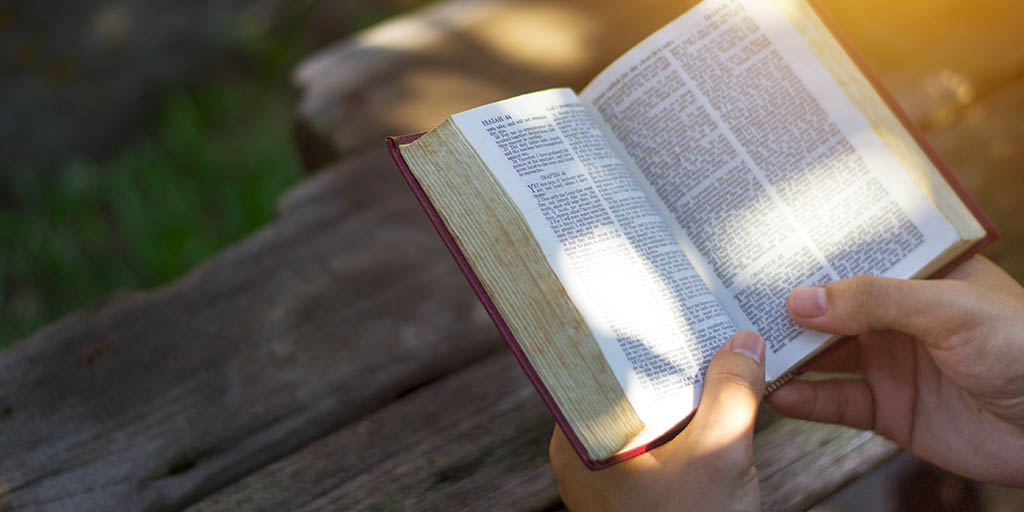 CREDIT: ISTOCK (SEKSAN MONGKHONKHAMSAO)
One way to learn the strengths and weaknesses of Christianity is to read the Bible.

There are a number of criticisms that people have against Christianity. You have probably come across some of them. Here are a few: The Christian god is a tyrant. Christianity is anti-science. The Christian Church is homophobic. The Christian Bible is essentially not true and is something like a collection of fables.

It’s not possible to deal with these and other objections to Christian understandings in one column. It might be helpful, though, to wonder if strong blanket criticisms like those above are themselves suspect. I mean, they might seem plausible when you are in high school. But do they hold up well when examined?

One way to explore the strengths or weaknesses of Christianity is to read the Bible. I don’t recommend starting at page one and trying to read it through. That usually doesn’t work because the Bible is a library of 66 documents and you can find yourself getting confused or bogged down. I think the best way to get to know the Bible is to plug into a church regularly on Sunday mornings (or weekly) where the main teacher or preacher makes sense to you. He or she should be able to make the Bible understandable to you over time. In that context, reading it on your own makes a lot more sense.

Nevertheless, one quick thing you can do for now is to read just the opening story in the Bible. It begins on page one of the first document called Genesis (Greek for “beginnings”). The story runs for what is technically known as chapter two, verse one (1:1) to chapter two, verse three (2:3). (The chapter and verse numbers were added by monks I think about a thousand years ago to make it easier to navigate the Bible.)

This is a story about God creating the world. Unlike other creation “myths” that were popular when this story was composed and refined – in the Ancient Near East three to four thousand years ago – this story has only one God. The universe he creates is at first chaotic. It’s wet, dark and constantly shifting, like the sea during a violent storm. It is not a welcoming place for much of anything. However, the story provides a dose of hope because “hovering” over the watery abyss is the “Spirit of God”.

Then the story moves rapidly. God speaks. Things begin to fall into order. First light is created and is distinguished from darkness. Day and night. Then water and sky emerge. Next dry land. The first three days of creation.

During the next three days God fills these distinct regions with various entities. The sun, moon and stars fill the realms of day and night. Birds fill the skies and fish the water. God fills the land with creatures of every kind. He finally creates man and woman, both “in his image”. Oh, a student once said to me. You mean that people are meant to be pictures of God. Exactly. We are meant to be living pictures (“images”) of God. The whole creation is fashioned as a terrific home for us to build our own lives, families, communities, institutions, sciences, technologies, and traditions.

And that is about it. Except for the ending: God rests and celebrates.

I don’t know of course what you may think of this story. However, it doesn’t seem to read much like a fable.

It is possible to interpret the story as being anti-science but I think such interpretations miss the point. The story more likely encourages the natural and social sciences. The story reveals that the universe, all 14 billion years worth, is the creation of a creator and that, therefore, it has value and a good future. This world is worth our attention simply for this colossal fact: It is the creation of purposeful, minded, and life-enjoying being.

This being not only creates. He gives a proper order to things, has a special interest in humans, and even celebrates.

Based on this first page of the Bible, you could properly also wonder about the claim (which in my view is suffocating) that God is a tyrant. (I realize that people who make this claim draw on some of the stories of God’s strong actions later on in the Bible. Hopefully, I can address that in a later column.)

Therefore, I would say, the Christian (and Jewish) God probably exists. So be happy and study what has been placed in your heart to study. He has made everything. This is his world. You have the opportunity to understand a small bit of it and to help others with the knowledge you gain. Have a great year!
Editorial opinions or comments expressed in this online edition of Interrobang newspaper reflect the views of the writer and are not those of the Interrobang or the Fanshawe Student Union. The Interrobang is published weekly by the Fanshawe Student Union at 1001 Fanshawe College Blvd., P.O. Box 7005, London, Ontario, N5Y 5R6 and distributed through the Fanshawe College community. Letters to the editor are welcome. All letters are subject to editing and should be emailed. All letters must be accompanied by contact information. Letters can also be submitted online by clicking here.
God Religion The Bible

1
Lessons from Lady Elizabeth of Marburg
2
Ukraine, a friend, and the riddle of injustice
3
Queen Elizabeth II has passed. Will her church do the same?
4
Lament for the Russian Orthodox Church
5
Black history and Black royalty in the Bible?

Do we still need TV in an age of streaming