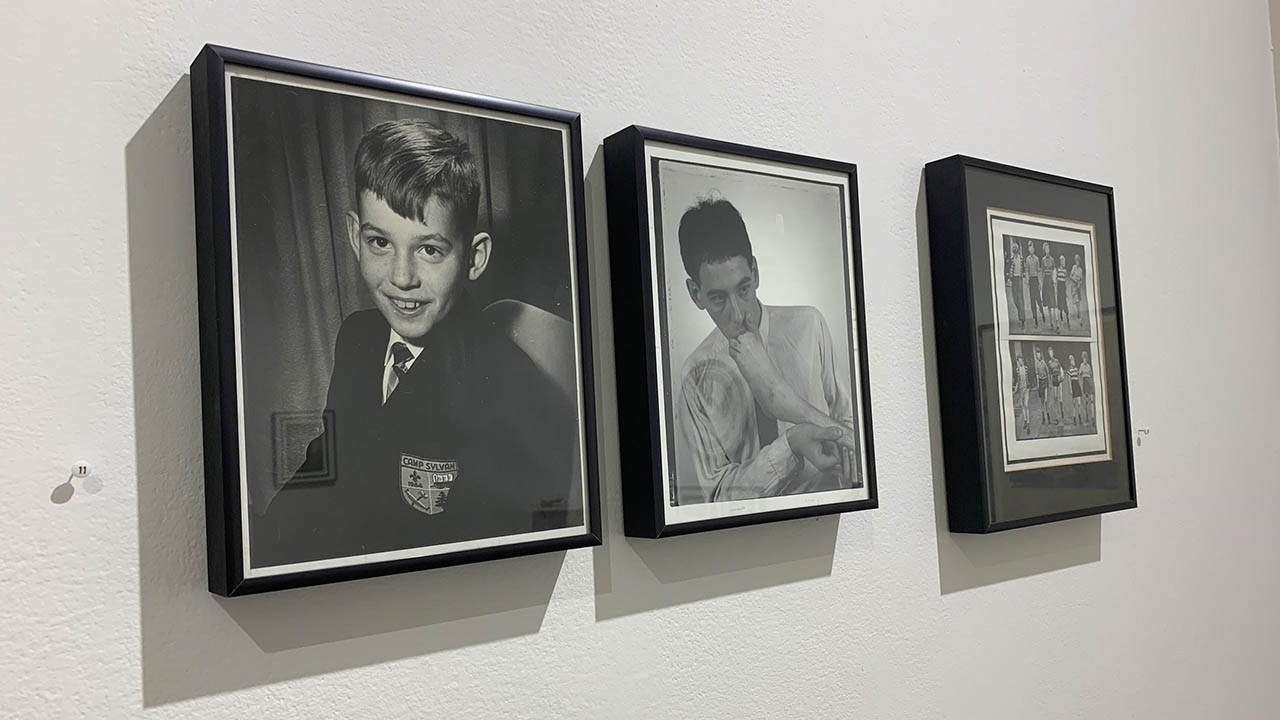 “Broken Body” is an exhibit highlighting the works of Londoner Gerard Pas, a disabled artist whose battle with polio left him culturally and socially isolated due to an atrophied leg. The exhibit is curated by James Patten and will be on display at the McIntosh Gallery until Feb. 22.

Pas’ work spans across various mediums, including photography and sculpture. His early work was based heavily on performance, and Patten said the exhibit pays respect to the performance with a large selection of photographs. The show features pieces that span Pas’ career, which focuses on standard images of disability such as crutches and wheelchairs.

A walk through the exhibit challenges the viewer’s own interpretation of the space, as sculptures either split the room or divert the audiences’ body within the space.

Outreach coordinator for the McIntosh Gallery, Abby Vincent, said these choices were intentional.

“The installation of the show is playing with ideas of access and barriers,” she said.

With this in mind, attendees can see sculptures mounted sideways on walls, forcing them to rethink their own perception of the work. Even able-bodied attendees are met with limitations in the space.

Although the McIntosh Gallery is not wheelchair accessible, many choices were made to make the exhibit as accessible as possible, such as live-streaming the opening reception and featuring panoramic photos of the exhibit online.

For curator James Patten, the fact that limitations still exist for people with disabilities only highlights the relevance of Pas’ work today.

“Certainly the issue of disability rights is of major concern right now,” he said. “And perhaps more so than ever before that it’s a human rights issue. Gerard Pas has been doing it since the mid-’70s, and may have been the first to actually explore his own disability in his art.”

Patten added that much of the work previously made by artists with disabilities was made with the intention of being like everyone else, whereas Pas’ work uniquely focused on his own experience, rather than shying away from it.

“It’s about acknowledging a disability as a distinct identity. You can maintain your own identity as a disabled person and talk about that.”

While Pas’ work has paved the way for artists with disabilities to share their stories, Vincent said that change takes time.

“Gerard had a show here 30 years ago, and much of the infrastructure really hasn’t changed,” she said. “We’re not accessible, but that doesn’t stop us from being able to show work that taps into those issues and hopefully will allow us to be accessible very soon.”

It should be noted that Pas is a longtime professor at Fanshawe College in the visual arts program, something that Vincent said should be a huge draw for Fanshawe students.

“It’s always amazing to see the people that guide you exist in the real world, and see what kind of work they have made in the past.”

Pas’ work plays with visuals that we often associate with disabilities, but twisted slightly with humour, lived experience, and punk aesthetics. Plant life grows from crutches, and familiar modernist colours are painted onto wheelchairs. Attendees will get a look not only into the experience of disabilities overall, but a personal glimpse at the life of Pas himself.

“The real message for me, is the ability to overcome adversity,” said Patten. “It’s a testament to the power of confronting our challenges and overcoming them.”
Art Disabilities Fanshawe Faculty London events McIntosh Gallery

1
The High School Project returns to the Grand with Into the Woods
2
Sunfest returns: What to expect from this iconic London festival
3
The Grand is back
4
Local artist Rosina Ferede connects to her Ethiopian roots
5
Broadway in London brings professional theatre to Budweiser Gardens

The Marshes: A sinking failure