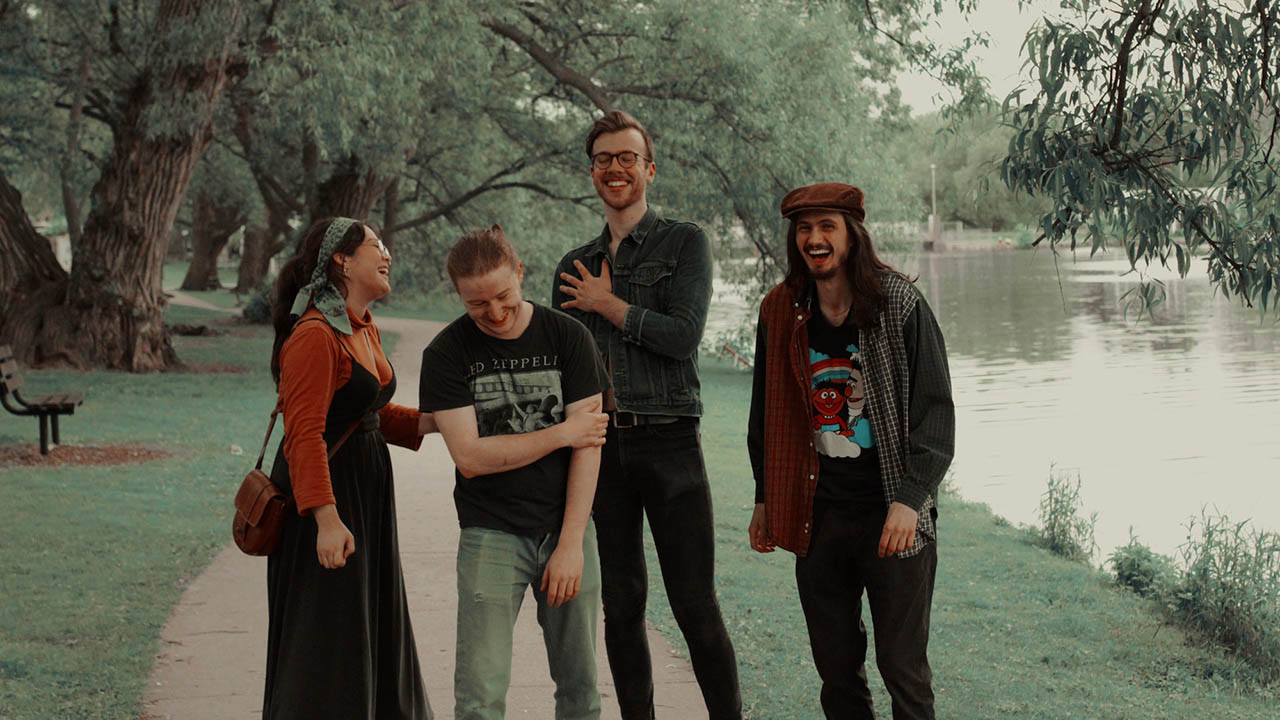 CREDIT: HENRY FIRMSTON
Esther's Family has a busy year full of new music ahead of them.

Esther’s Family has been growing and expanding in exciting ways since their departure from Fanshawe, but this year will see the collective of musicians moving in new directions.

With a single release show for “Endlessly” on Feb. 14 at Rum Runners, and the video release for the optimistic climate change anthem, “Okay,” the band is tackling big issues, and drawing inspiration from new places.

For frontman and Interrobang contributor Lliam Buckley, this year is all about giving music his full focus and treating his craft like a business.

“It’s able to get more of my full attention since leaving MIA [music industry arts] and being out of school,” he said. “If you treat what you’re doing in the industry like a business, it’s totally possible to make money doing that.”

Buckley added that that means putting out new content and creating as often as possible, and said that people can expect lots of new music at their single release show for “Endlessly.” “There’s a lot more music that’s going to be played there that hasn’t been heard before,” he said. “We’re working on a full-length album. So we’re going to be performing a lot of those songs at this show. People are going to get a good sneak peek.”

Many of those new songs, including “Endlessly,” will be drawing inspiration from new places. Buckley said he’s drawn upon the inclusion of new band members and different instruments that are pushing the usually folk-like style of Esther’s family towards a more adult contemporary vibe.

“We’ve had a lot more time to sort of reflect on what I want our sound to be,” he said. “But adding more musicians means the style of music changes.”

And he’s not kidding about more musicians; since graduating from Fanshawe, Esther’s Family has grown from four musicians to often six or seven on stage at any given show.

“To me, this single is going to do a good job of sort of cementing the direction that we want to take the band musically.”

But Buckley is drawing from even more places with his new music, including complex social issues like climate change. “Okay” is an optimistic take on global warming, that suggests maybe there is still hope.

“Now I’m not lyin’/ things aren’t great,” Buckley sings in the soon-to-be-released track. “But I’m not buyin’ that our fate/ is six feet underground.”

The song was actually born at Fanshawe in the Leap Junction, where Buckley was heavily involved. A journal entry prompt asked where he thought his creative energy was needed most, and Buckley instantly felt compelled to discuss climate change.

“Hearing all these news stories about what’s going on with climate change,” he said. “People looking at it like a hopeless matter, they say, ‘in ten to twenty years we’re all going to die, there’s nothing we can do about it.’ I don’t believe that. I don’t think that’s a good narrative to be spreading around.”

He wrote the song as a way to change that narrative and with the help of Esther’s Family and the video release, Buckley is now using his voice in a big way to make a difference. And he’s keeping the lessons he learned from Fanshawe in his back pocket while he does it.

All profits made from the song will be donated to the National Conservancy of Canada and the video will be entered into the CBC Searchlight competition.

Deciphering which love archetypes may be in your life