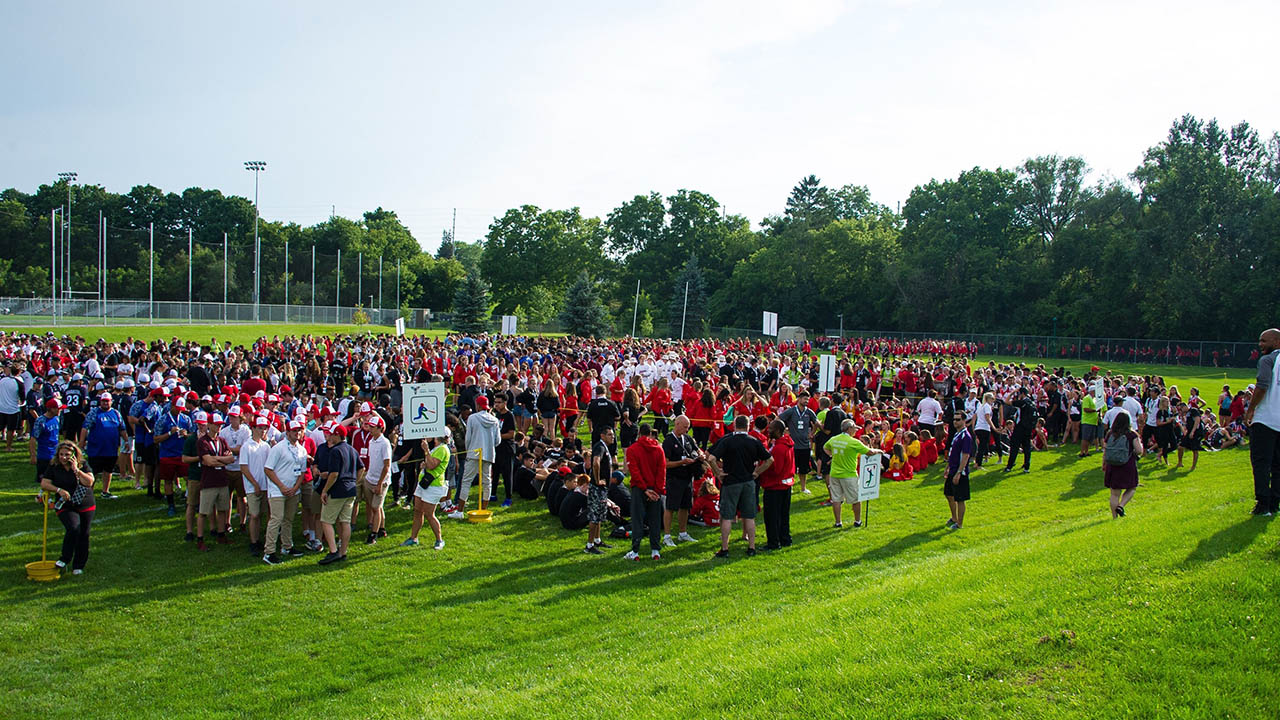 Credit: PROVIDED BY JEREMY HICK
After a successful event in 2018, London will host the 2020 Ontario Summer Games during the Civic Holiday weekend.

The Forest City is going to host the Ontario Summer Games for a second time.

“It was great for the community,” said Jarvis. “Those types of events — multi-sport events that are in the summer and we get to work with a lot of different organizations in the city — are really ones that we like to work with.”

Dave De Kelver, the Ontario Summer Games general manager, said most of the athletes are between 12 to 18-years old. The event will feature 20 different sports and will be spread across 24 sports venues in London. Most of the games will be held either in Western University’s Athletics and Recreation facilities or the City of London’s Parks and Recreation sites.

“It builds a little bit of experience and collaboration between the sports in the city because a lot of local organizations are involved to help us run the games,” De Kelver said. “It’s just another feather in London’s cap for all the events that we do.”

Both Jarvis and De Kelver praised Fanshawe Athletics’ support. The young athletes playing at Fanshawe could learn about varsity sports and campus life during the Ontario Summer Games, and perhaps even consider studying at Fanshawe.

“From a Fanshawe College perspective, we would hope that they would see it as a way to market the school because the school’s got a lot of great things, not just the gym,” De Kelver said. “The opportunity is there to see what College life is for 14 [and] 15-year-olds who are just starting to think about that.”

Jackie Corby, the recreation athletic officer for Fanshawe Athletics, volunteered on the Ontario Summer Games Committee handling accreditation and on-site registration duties in 2018 and is part of the committee again for 2020. The experience has been eye-opening for her.

“I’m surrounded by people who are volunteering their time for the betterment of the community, so it’s refreshing,” she said. “It’s amazing to be surrounded by like-minded people.”

Corby also rents out the Fanshawe Athletics facilities for events like the Ontario Summer Games. The young athletes are energetic and eager to play in the gym.

“It’s nice to have young athletes in our facility because public schools and high schools don’t have the same type of facility,” Corby said. “When they walk in and they’re so excited just to be here and they love it, it energizes — like you could just soak up all that energy.”

Jarvis added that for most of the young athletes, the Ontario Summer Games are their chance to be like an Olympian.

“For the majority of them, this is their Olympics. This will be the largest sporting event that they’ve ever competed in so they will have their moment to be like Olympians and be proud and excited and compete at their very best,” he said. “We’re excited to have an event like this back in London.”

How to embrace obstacles as opportunities

What is the coronavirus?