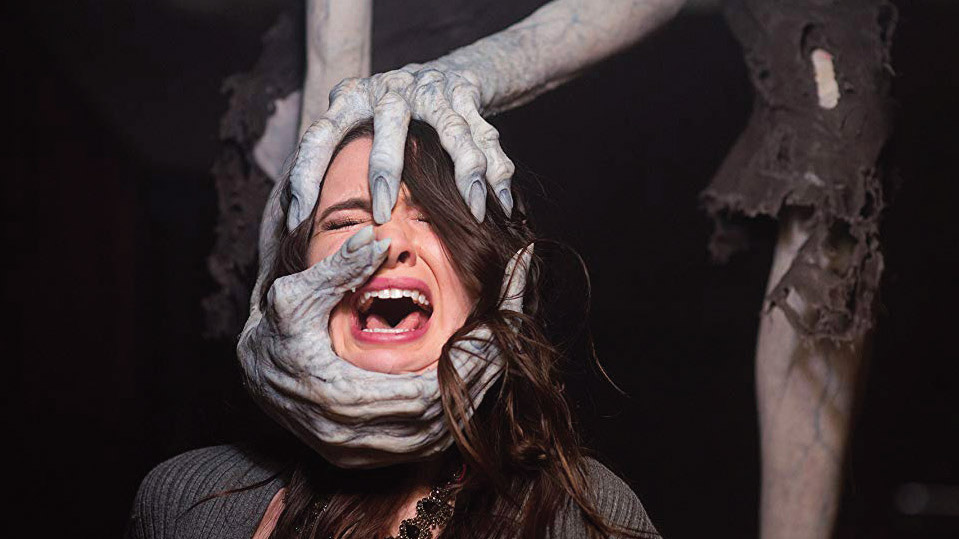 Credit: VERTICAL ENTERTAINMENT
Polaroid might remind you of certain nostalgic Canadian TV shows, but still stands up on its own.

A new teen horror, Polaroid, has just recently be released on Netflix.

Filmed in Canada, this horror has tried to create terror from an old Polaroid camera in a digital age. While it may appear to be an original concept to some, the ‘90s kids will quickly see the uncanny resemblance to the Goosebumps episode “Say Cheese and Die” as well as Are You Afraid of the Dark’s “The Tale of the Curious Camera.” While more modernized, Polaroid doesn’t do a good enough job at differentiating itself.

Polaroid features a young girl named Bird (the same character name from Goosebumps), played by Kathryn Prescott, who is given an antique Polaroid SX-70. What seems like a normal camera quickly reveals its sinister power once the first person she photographs with it dies soon after. Unknowingly sentencing her friends to death with a click of a button, Bird and her group of friends must uncover the mystery of the Polaroid before their time runs out.

While the main concept is taken from other TV shows (and books), Polaroid does do a good job at modernizing the old tale. With some neat CGI effects, the main creature in the film is incredibly spine-chilling and brings an overall eeriness to the movie. While most horror films are ruined by showing the monster, Polaroid was actually enhanced in doing so.

Some of the death scenes featured in the film were also quite creative, especially when they utilized the manipulation of the photograph to reflect what actually happens in real life. However, if you are a fan of gore, this movie will sorely disappoint. Even when a man gets ripped in half, there isn’t a speck of blood to be seen.

However, what the film was really missing was some solid character development. The friend group didn’t really have a believable bond and how Bird fit in with them really wasn’t clear. Without relatable or believable characters, a horror film really loses its sense of emotion.

Another major downside this film had was it was riddled with horror clichés — the girl who trips at the least opportune time, the creepy old lady who has a weird story to tell and the door that’s randomly chained shut. Unfortunately, all of this combined made for a really corny movie.

Overall, if you’re looking for teenybopper horror film that has a nostalgic feel to it (if you’re a ‘90s kid), Polaroid is a pretty good one to watch. If you are looking for a serious horror that is terrifying and is filled with gory imagery, this is not the one for you. If you haven’t seen “Say Cheese and Die” or “The Tale of the Curious Camera,” I definitely recommend watching them before watching Polaroid.
Horror Movie reviews Movies Netflix

1
Top LGBTQ2S+ shows on Netflix right now
2
How the Wizard of Oz became an LGBTQ2S+ classic
3
Netflix Fix of the Week: You, season two
4
Top 10 shows and movies to watch during the holidays
5
Black History Month: Movies, books and more