A History of Mental Health Therapies 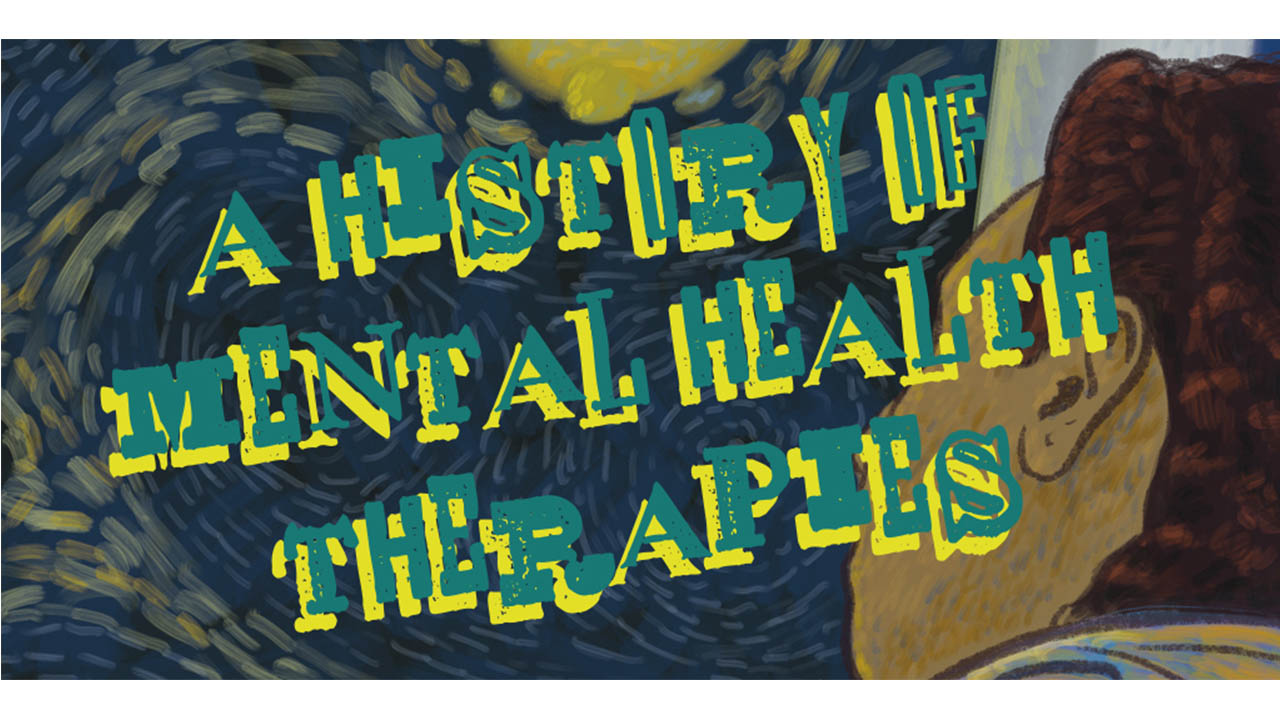 There is no better way to illustrate the misconceptions of the unknown than taking a look at the history of mental illness — from how it was received by society, diagnosed by physicians and treated by individuals who really did not know what they were doing. Mental illness was often society’s dirty little secret that was swept to the side, ignored and forgotten about. But today, we will reflect on some of the horrors that we have transcended and evolved from. Let’s hope we don’t return to times when we interpret performing heinous acts on one another as a form of therapy

Thousands of years ago it was widely believed that mental illnesses were caused by demonic possession or the result of a small stone, referred to as ‘the stone of madness’ lodged in the brain. Medical practitioners approached the problem by boring a hole into the head and skull of the ‘possessed’ individual. The belief was that this practice was the best approach for curing mental illness.

Although the practice of trepanation is often viewed as the first surgical method, it doesn’t soften the brutal imagery the technique created. It is also believed that epilepsy, headaches, infantile convulsions and other cerebral oddities were treated by this method.

These treatments were normally administered to individuals who were diagnosed with schizophrenia throughout the ’40s and ’50s. It was observed that after inducing patients with a moderate level of insulin into their systems that they would experience hypoglycemic shock. This shock can create dizziness, shakiness, sweating and sudden changes to the patient’s behaviour.

The belief was that the physiological shake to the system could help the afflicted with their symptoms. Over a period of time though, the practice was deserted once practitioners realized that the effects encouraged greater complications and death.

This was the 19th century idea of spinning a patient, in a chair, to sleep, with the expectation that mental illness could be cured. The original idea was rooted in a belief that sleep could cure the sick. The spinning was believed to induce sleep, and that the brain was congested with fluids that caused the change in behaviour. By spinning, the congestion would loosen, thus curing the mentally ill of their affliction once they awoke from their sleep

Strapped to a tub, made to lay in bath water for hours or even days, all in the name of therapy in the early 20th century. Low and high pressure water spray, hot and cold water submersion, enveloped tightly in towels like chains, all in the name of calming water therapy. What once began as a considerably tame treatment, hydrotherapy began to go off the rails once the aforementioned began to become more commonplace, and more innovative techniques and treatments were created.

Since its relative beginnings in the ’30s, the technique of lobotomy has had many variants. Some approaches concerned themselves with the destruction of brain matter in an attempt to rid the afflicted of undesirable behaviour and thoughts. Others approached the task by disrupting brain connections, hoping to give the brain a ‘jump’, similar to the effect a defibrillator has on a heart that has stopped beating.

Some patients were given anesthesia before the operation, but as the technique evolved, some physicians took to using electroshock as a way in which to render patients unconscious. Also, variations on how the brain was accessed evolved, seeing a departure from the drilled hole in the skull approach, to the ice pick through the eye orbital, the area of the skull that houses the eyeball, as a means of examining problem areas.

For a hundred years until 1980, women acting out of the social norm due to an unspecified physical or mental illness were often diagnosed with having hysteria. The ideology behind this approach was that a woman’s uterus, if not ‘optimized’ within its natural time frame, may get angry and wander about her body.

Supposedly, the roaming would lead to the blocking respiratory passages, and thus the subtle affliction experienced by these women would drive them into a frenzy of hysteria. Sadly, it was believed that the confines of marriage and child birth were the only sure fire ways to remedy the diagnosis.
Hydrotherapy Lobotomy Mental Health Therapy

1
Manage your time, and then meditate on it
2
Sustainability Bulletin: Sustainability, mental health and you
3
We're all mad here: It's time to forgive magical thinking
4
Mental health stigmas exist in cultural and ethnic communities
5
The reality of mental health: an uncensored glimpse into our support services