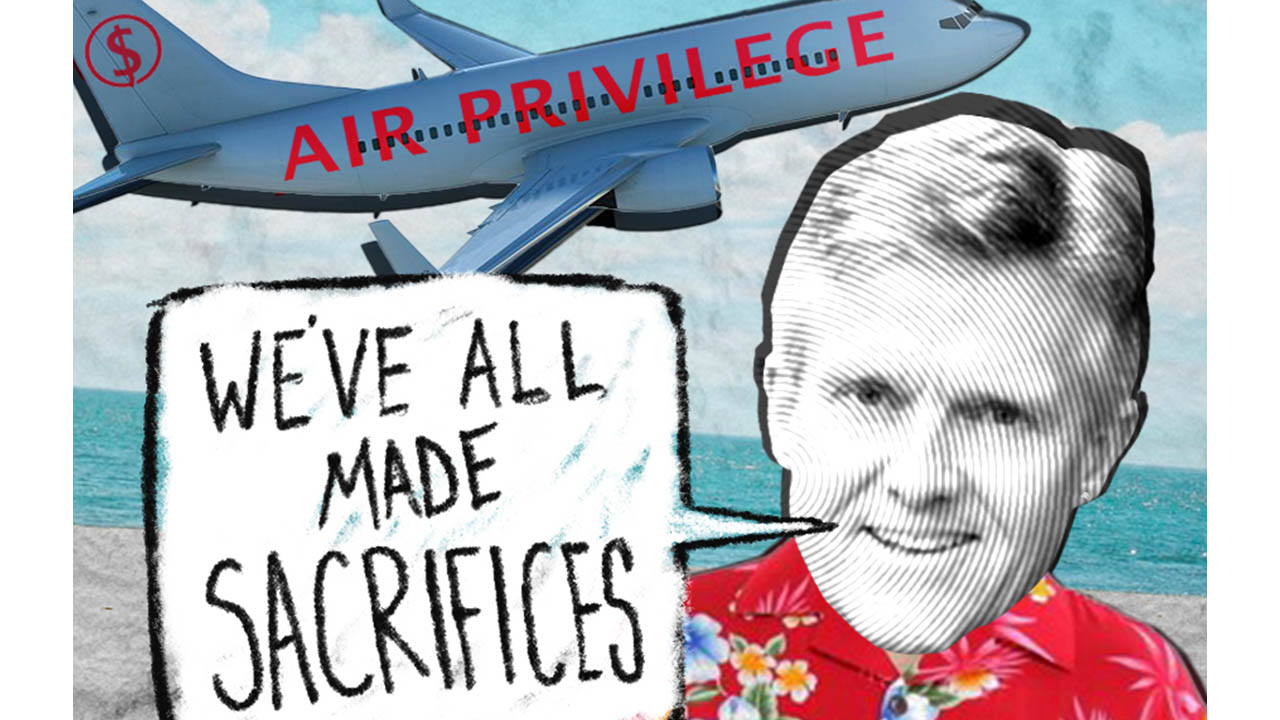 CREDIT: LANCE DAGENAIS
Opinion: Do as I say, not as I do - is not quite good enough for leadership during a global pandemic.

For nearly a year now, the message has been clear: Stay at home. Save lives. Simple enough, right?

Apparently not so for a growing number for high-profile Canadians including former Ontario finance minister Rod Phillips, federal members of Parliament, and even a member of Ontario’s own vaccine task force (Linda Hasenfratz, CEO of Linamar Corporation).

Hell, even Paul Woods, CEO of the London Health Sciences Centre (LHSC), has admitted to travelling five times to the U.S. since March. The admission has sparked an internal war in the hospital’s administration leading Woods to file a $2.5 million defamation and wrongful dismissal lawsuit. Meanwhile, the LHSC is grappling with another outbreak at its University Hospital, this time infecting at least six staff as of Jan. 15.

Woods, like a number of the aforementioned federal members of Parliament, had travelled to be with his family outside of the country during these difficult times.

On one human level, I understand. I do.

Yet, on a more personal human level, I don’t understand. Confusion, frustration, exhaustion and sadness doesn’t even begin to cover the disappointment of seeing those in positions of power — yes, power entrusted onto them in exchange for their titles and salaries — flout their own rules and regulations, even if it is to see family.

As we all know, many of us have gone months without seeing loved ones in a time when we need them most. We may not be public servants (politicians, hospital CEOs and vaccine task force members), but we want to see our families just as much. We may not bear the same responsibilities, us lowly civilians, but aren’t we all “in this together?”

If Ontario’s own finance minister feels entitled enough to escape the province’s grim situation by treating himself to a sunny Caribbean vacation, then am I allowed to jet off too despite the constant messaging against non-essential travel? Or at least, would I be allowed to in a hypothetical scenario where I could financially afford it?

As with the flaws in our long-term healthcare system, the coronavirus pandemic has shone a spotlight on gaps in Canada’s class system. In the same week as my eyes glazed across headlines reporting the LHSC storing bodies in refrigerated trucks, I read the news of Woods’ frequent departures to the U.S. Something does not feel right about this picture.

We are not all “in” this together. We are, at times, not even in the same country, apparently. One can only hope that the public outcry has been enough to deter these figures from indulging in their impulses to flee from reality.

One can hope.
Editorial opinions or comments expressed in this online edition of Interrobang newspaper reflect the views of the writer and are not those of the Interrobang or the Fanshawe Student Union. The Interrobang is published weekly by the Fanshawe Student Union at 1001 Fanshawe College Blvd., P.O. Box 7005, London, Ontario, N5Y 5R6 and distributed through the Fanshawe College community. Letters to the editor are welcome. All letters are subject to editing and should be emailed. All letters must be accompanied by contact information. Letters can also be submitted online by clicking here.
Class COVID-19 Lockdown London Health Sciences Centre Politics

1
2020 vs The Art Life
2
Angela McInnes - Everything happens for a reason
3
Why is first-past-the-post still a thing?
4
Mask on, mask off
5
The DOs and DO NOTs of our new reality

Where do we go from here?