Why we need more diversity for women in politics 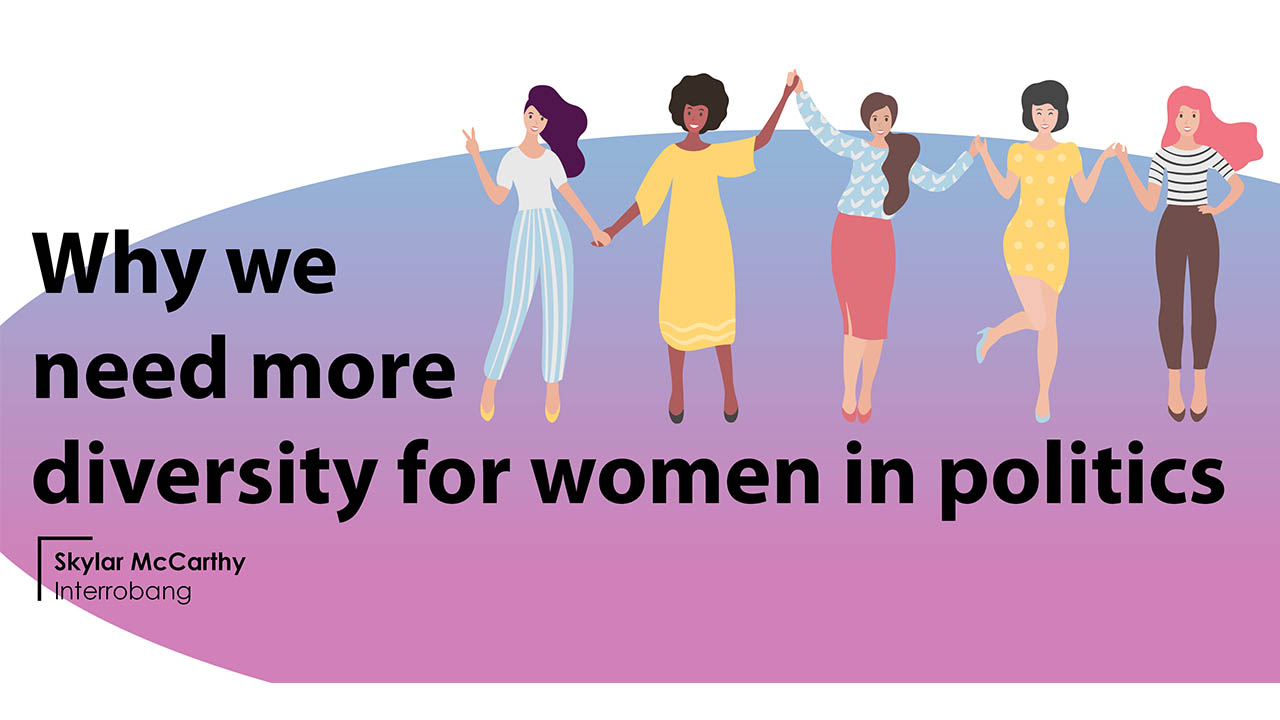 But here in Canada, when Justin Trudeau first was elected as Prime Minister in 2015, Trudeau gave Canada its first cabinet with an equal number of men and woman. Trudeau hailed this as “a cabinet that looks like Canada.” One of Trudeau’s key campaign promises was to “build a government as diverse as Canada.” Since Canada’s last federal election in 2019, although there has been steps in the right direction to that, gender equity in the Canadian Government is still far off.

In 1984, only 9.6 per cent of elected officials in the House of Commons were women. That’s roughly only a 19 per cent increase over the last 35 years. Nasha Brownridge, the Director of Communications from Equal Voice, an organization that has been campaigning for gender equality in the federal government, said in a Vancouver Sun article, “progress has been incredibly slow and incremental.”

The percentage of women elected from each party varied considerably. Roughly 33 per cent of Liberal MP’s are women, and roughly 18 per cent of Conservative MP’s are women. But one thing is clear, all parties appear to be trying to include more women in the political process.

But why aren’t we seeing a big rise instead of a slow one? There are a number of factors, but a major one is incumbency. Eleanor Fast, the executive director of Equal Voice, in a CBC article pointed out this effect and how it affects women.

“Seventy-four per cent of all parliamentarians were men, and many of them stood again,” she said. “If you have a successful Member of Parliament who wishes to run again, it makes absolute sense for you to nominate them.” Even though it makes it easier for a party to hold on to a seat, it makes it harder for new people, including women, to get their foot in the door.

The negativity associated with politics, whether it is the heckling in the House or the increased exposure to abuse online, is often cited for women as a barrier to entry. Just look at the report that Liberal MP Catherine McKenna’s Ottawa office being vandalized with a vulgar slur. It’s a prime example.

But why should we be more diverse in who we choose? Well, Karen McCrimmon, a Liberal MP riding Kanata-Carleton told CBC that the experience in the military taught her that bringing in more women can change the way a workplace operates. “I think that women are more used to working collaboratively, to getting things done in informal structures,” she said.

So just remember for the next election, locally, provincially or at the federal level. If you want to see politics change, lets vote for more women.
Diversity Politics Women

Getting to know local Indigenous artists

Income inequality and working from home