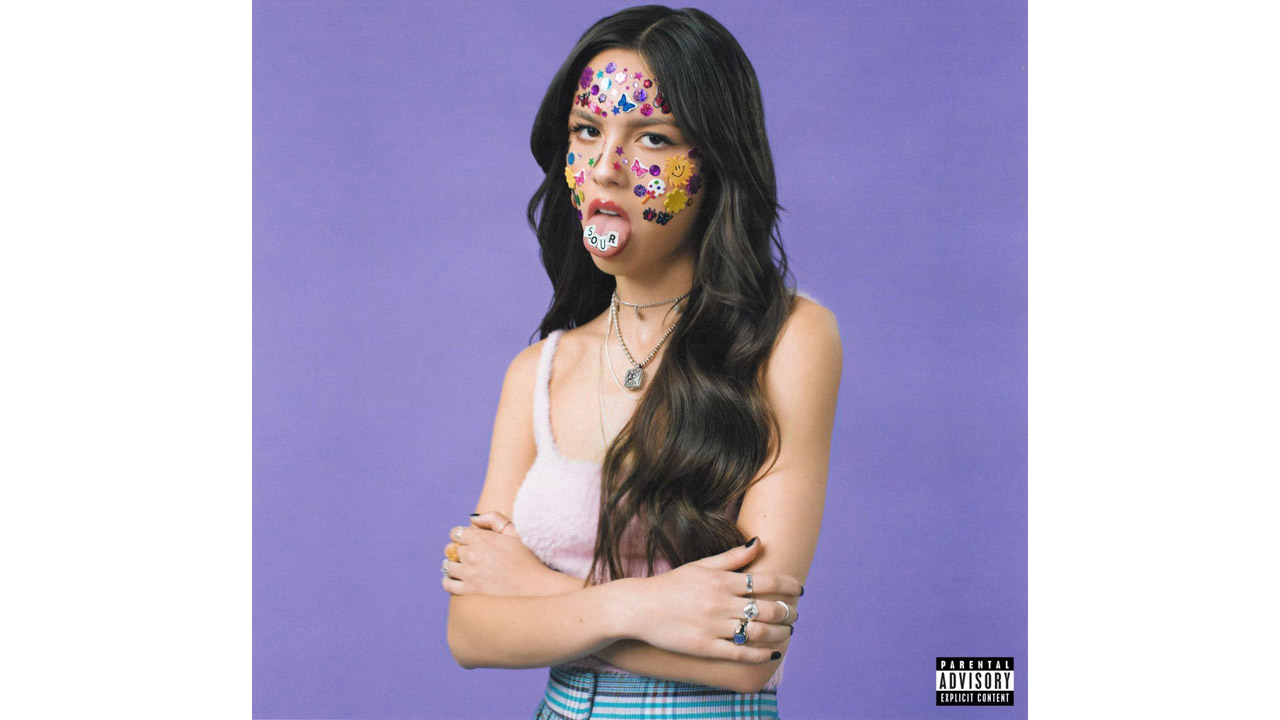 Earlier this year Rodrigo teased her album by dropping songs like, “drivers license,” “deja vu” and “ good 4 u” as singles. From the moment Rodrigo dropped “driver’s license,” I knew I was going to be obsessed with the album. The album itself gives off some Taylor Swift vibes, but also is its own piece of art individually.

The first song on the album is called “brutal,”  which was written by  Rodrigo and frequent collaborator, Daniel Nigro. This song has some of the most relatable lyrics I’ve ever heard: “and I’m not cool, and I’m not smart/and I can’t even parallel park.”  This song really emphasizes teenage angst with the punk-pop feel to it. As the opening song on the album, “brutal” really sets the tone for what’s to come.

The next song on the album is more of a ballad called “traitor.” This song seems to focus on the pain Rodrigo feels after her breakup with her fellow High School Musical: The Musical: The Series star, Joshua Bassett.

“traitor” was written by Rodrigo and Nigro and I interpret it as someone being ready to move on after a breakup. I can hear the sadness in her voice as she talks about the other girl. Rodrigo really tells stories through her songs and I think that is what makes this album so relatable for many.

The third and fourth songs on the album are “driver’s license” and “1 step forward, 3 steps back.” “driver’s license” was the first single Rodrigo dropped back in January. Personally this song really set the tone for the album and set the listener up to understand how Rodrigo is coping with her heartbreak.

“1 step forward, 3 steps back” draws inspiration from another one of my favourite artists, Taylor Swift with a sample of a song from her album, Reputation,  “New Year’s Day.” This song  matches up with the phase of heartbreak where you think you are ready to move on but then you are reminded of all the good times you had. This song really hit me as I have felt her pain at one point in my life.

The fourth song on the album is my personal favourite: “deja vu.” This song is the one I probably relate to most from the album. Rodrigo shares experiences that her and Bassett shared during their time together, only to suspect that he is probably doing the same things now with another girl:

“So when you gonna tell her that we did that, too?/she thinks it's special, but it's all reused”

This part of the chorus is once again, very relatable. The whole song just shares a glimpse of the relationship the two had from listening to Billy Joel together and watching reruns of Glee. I’ve been there.

Tracks number six, seven, and eight are “good 4 u” , “enough for you” and “happier,” which are all a part of the I’m-Moving-On phase of heartbreak. “good 4 u” seems to make personal digs with opening lines like: “well good for you, I guess you moved on really easily, you found a new girl and it only took a couple weeks.”

Overall, Rodrigo has given us old-school Taylor Swift vibes but with her own personal twist.

“enough for you” really rounds up the feeling of being insecure and feeling broken. This song really brought me to tears the first time I heard it. As someone who has had her heartbroken before, I’ve shared Rodrigo’s mindset. “happier” follows and focuses on how she hopes her ex is happy, but not as happy as he was with her. I take this as being ready to move on but not ready to let go of everything they once shared.

The ninth and tenth tracks are “jealousy, jealousy” and “favourite crime,” which to me are songs that basically sum up the final stage of heartbreak: acceptance and hope. Rodrigo is acknowledging her pain and finding peace with herself. Once again, this is something the listener can relate to with or without heartbreak being involved.

The last song on the album is called “hope ur ok,” which is honestly so beautifully written. Rodrigo sings about people she knows in the LGBTQ+ community, and how proud she is of them for being who they are, even with the diversities they face in their home lives. It’s such a beautiful song that spreads a message of hope.

Overall, SOUR has to be one of my favourite albums of 2021. Olivia Rodrigo takes everything she has ever felt and turned it into the most relatable work of art. I cannot wait for more music by her in the future.
Music Music Review Pop Music