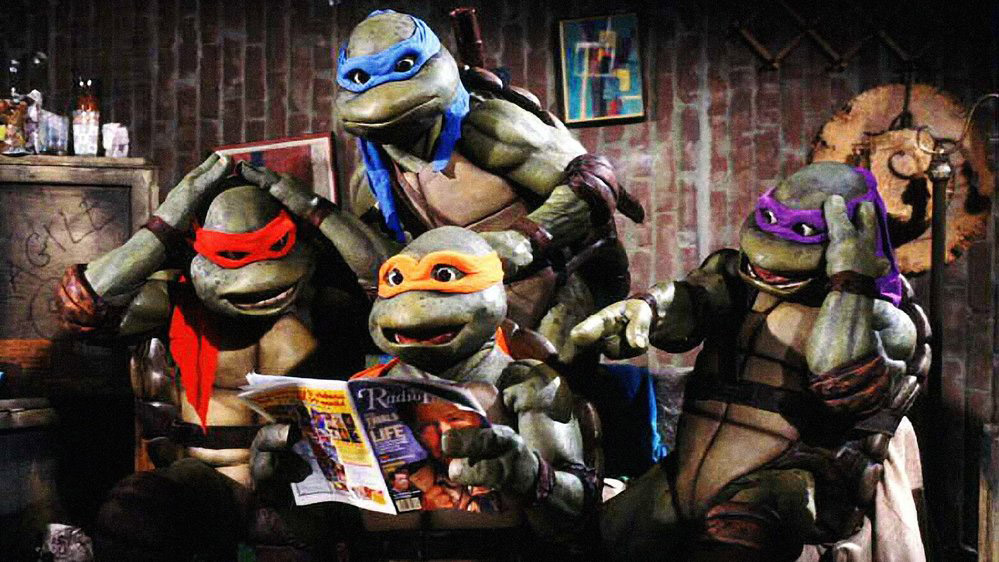 Over the summer, I have made it a goal for myself to watch 100 films that I have not seen before. Each week I will be writing my honest thoughts on some of the movies I have watched over the course of the next few months. As a film student and film junkie, I am excited to take you all on this journey. This week I watched Teenage Mutant Ninja Turtles (1990), directed by Steve Barron.

The film is an adaptation of the early comic series of the same name, and includes some influence from the animated Ninja Turtles television series. The costumes were done by Jim Henson, the man behind The Muppets.

The turtle suits were spectacular and all four actors who played the turtles in the suits also got to make cameos throughout the film. For me, I didn’t really care much about the plotline. At times it felt very slow, but I did enjoy the theatrical elements like the costumes and effects.

For this movie being from the 90s, the quality of costumes is spectacular despite the movie having a mediocre plot. Each turtle had four people operating it. Just the amount of work it took to make each character move is impressive. For me, I was more focused on the aesthetic of the film and the costumes than anything else.

The plot almost seemed very cheesy and unoriginal, with most of the dialogue feeling very expositional. I am a Ninja Turtle lover, but I feel as if this movie was very slow paced. There were times where I would get distracted by my cat and look away but when I looked back up I felt as if I’d missed nothing.

I think for its time, it was well written and well planned and the costumes were spectacular. But flash forward to many years later, and the costumes are still as iconic as they were in 1990. The time and effort put into making those suits is just amazing to think about. Looking closely, you could see that the costume department got every little detail perfect.

Now when I think of Teenage Mutant Ninja Turtles, my mind goes to the 2014 movie with Megan Fox. I never would have thought to watch the first ever movie written about the turtles. Looking back, I believe that the movie was good for the time it came out but I wouldn’t say it was my favourite to watch.

I do give them credit for their CGI and effects added in the post production process because with technology the way it was then, they did do some impressive work. I am amazed at how well put together the aesthetic was.