From hysteria to pleasure: the history of vibrators 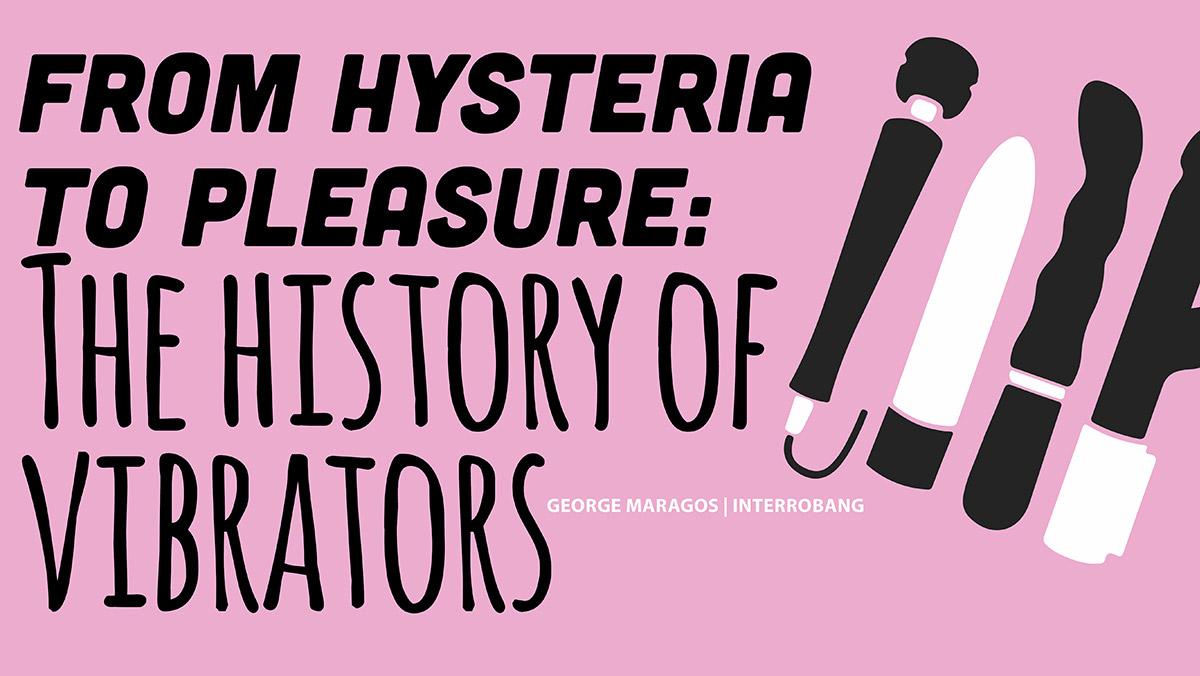 The first sex toys were not used for sex, they were phallic ornaments thought to ward of evil spirits and help gardens grow. According to an article titled, “The sex toys dating back 28,000 years: Ancient phalluses made from stone and dried camel dung started trend for sex aids”, from dailymail.co.uk, sex toys were first made of bone, stone, mud or dung. Nowadays phallic shaped toys are used for sexual pleasure purposes and are more than penis shaped appendages. There are a variety of different types and designs of sex toys including lubes, oils, edible undies, dolls, bondage costumes, cock rings, anal beads, and whips, just to name a few.

The symptoms were so vague and broad that virtually every woman could be seen to have hysteria.

According to the lehmiller.com article “The History of Motorized Sex Toys”, treatment for hysteria was a pelvic massage ending in hysterical paroxysm (orgasm). The alternative at the time was institutionalization or a surgical hysterectomy.

“By fierce external stimulation, we're able to induce the painpleasure reaction thereby inducing a hysterical paroxysm coxing the uterus back into its normal position,” Dr. Dalrymple said, in the movie Hysteria.

However, by the end of the film, Dr. Granville reveals that hysteria was a bogus condition.

In 1968, when the Magic Wand was released, personal sex toys quickly became popular.

Nowadays, sex toys are more accepted and have a more discreet appearance, as well as being able to do a lot more than they could in the past. Sex toys are now developed to be selflubricating, gold-plated and remotecontrolled, with options to add attachments. They can also be programmed to vibrate to your favourite song, while others can even be used as an alarm clock.

If there's one thing for certain, today's vibrators and sex toys have come a long way since their creation.
Mental Health Sex Toys Sexuality

1
The comic book villain: Mental health vs. psychosis
2
East meets West: views on sex
3
Trauma in the newsrooms: is there enough support?
4
Sewing a passion for fashion
5
Boundary breaking and building