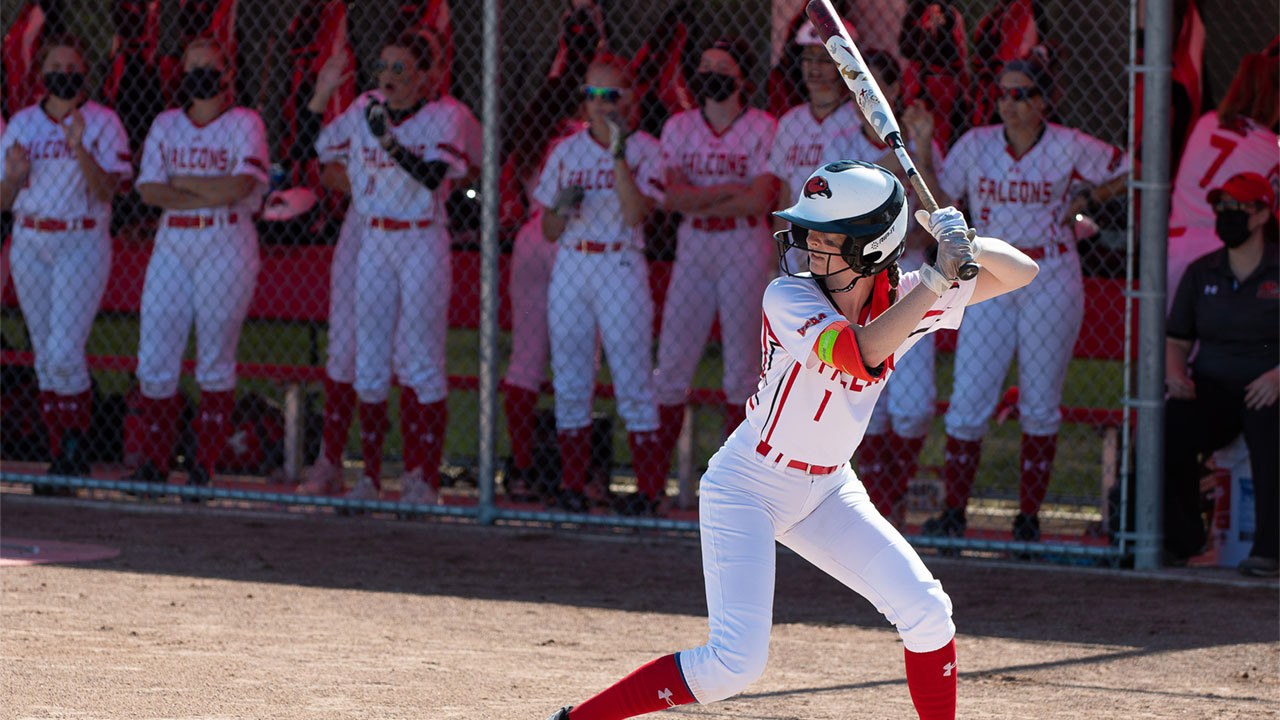 CREDIT: MATT HISCOX
Paige Askew gave a record-setting performance with six RBIs against Seneca during opening weekend in a 22-6 win for the Falcons.

After a one-year hiatus, the Fanshawe Falcons were back in action with soccer and baseball Sept. 18 and 19, and the athletes couldn’t be more excited to be back on the field. The men’s and women’s soccer teams travelled to St. Clair College on Friday, Sept. 17 and came out of the gate with a win and a draw respectively. The men’s team won their match 1-0 with the lone goal coming from Jalen Loague. The women’s team got out to a great start with a tally from Kayla McQueen only two minutes into the game, but saw their win slip away when St. Clair scored on a penalty kick in the 76th minute. Overall, a solid start to the season.

The men’s baseball team played in two double-headers on opening weekend and came out 1-3 with their first win of the season coming on the road against Durham, 7-4. Starting pitcher Caleb Burleigh threw two innings with zero earned runs while getting support from leadoff hitter and shortstop Macguire Gordon who chipped in three hits, an RBI and a stolen base.

The women’s softball team began their season with a bang by dismantling Mohawk 11-1. Centre fielder Kennedi Roth hit three triples and starting pitcher Morgan Lowry tossed 11 strikeouts in that game to lead the Falcons to a 1-0 record. After dropping the next two contests by three runs combined, the ladies bounced back with a record-breaking 22-6 win over Seneca. Paige Askew now holds the Fanshawe softball record for RBIs in one game with six runs batted in. Marandee Hunter and Sara Reading also had big games with four hits apiece. After a solid weekend, thirdyear player Kennedi Roth described what it was like to get back to doing what she loves, even if things are a little different this year.

“It’s been so long since I’ve got to play Fanshawe ball, so I’m very excited to be back playing again,” said Roth. “There’s a lot of protocols in place, so things aren’t exactly the same. We don’t get change rooms, we have assigned seating on the buses… we have to wear masks in the dugout, we don’t get water jugs.”

The vibe around the school is different this year and there’s definitely more energy — if not only because there are way more people around — because with sports returning, so is school spirit. Roth also explained how sports affects school spirit and vice-versa how school spirit affects her play.

On the other hand, “you can obviously notice the difference if there’s fans and the crowd is loud, there’s school spirit, the mascot’s there, you got your walk-up song, your name is being announced. That gets you hyped up and ready to go and your adrenaline is pumping. It makes things a lot more fun and exciting.”

Ultimately, school sports act as a step towards normal life while also giving the school something to cheer for.
Athletics Fanshawe Falcons OCAA Softball

The evolution of the nerd