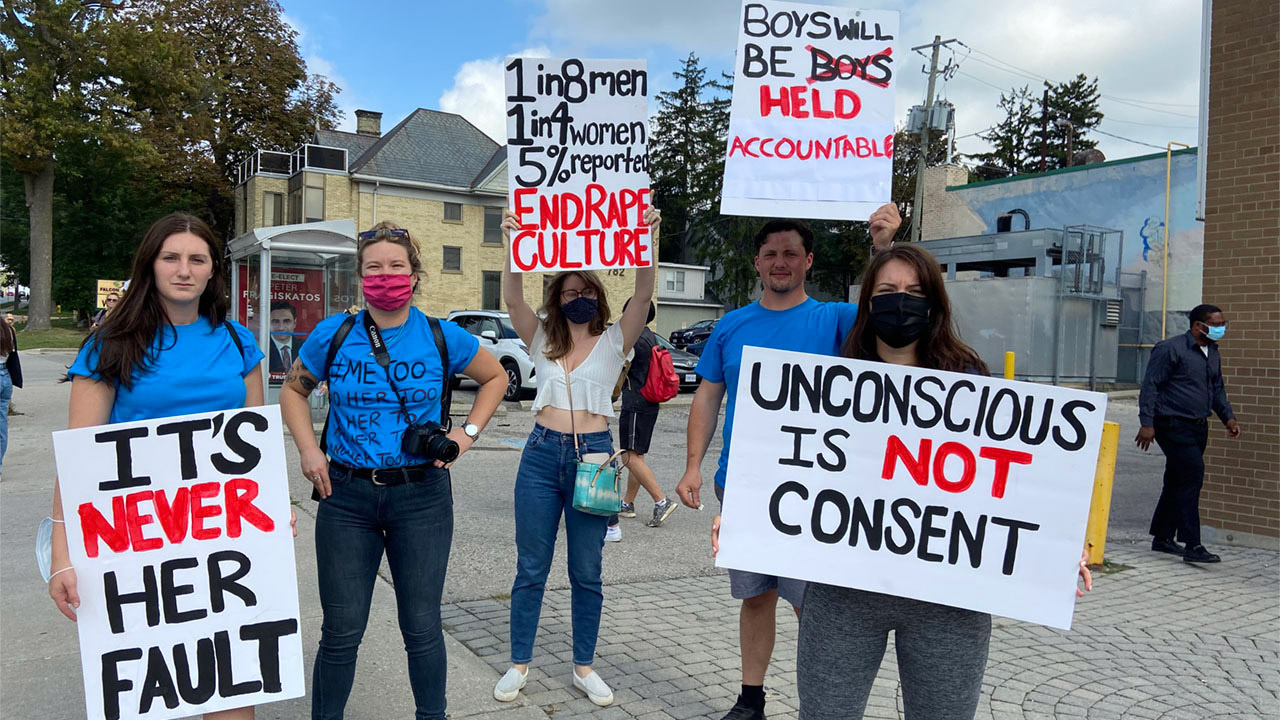 A student-led walkout at Western University saw around 12,000 people gather to rally against sexual violence on Sept. 17. Staff, students, faculty and community members gathered on University College Hill to show solidarity with survivors of sexual violence, following reports that 30 women had been drugged and assaulted during Western’s O-Week.

According to the Western Gazette, the event began with opening statements which included speeches from organizers, women’s organizations and university mental health representatives and sexual violence survivors. Students marched through campus, many carrying signs and chanting slogans like “sexual violence has to go,” pushing for a safer campus.

University Students’ Council president Zamir Fakirani and his executive team were also present to show their support for the walkout.

The event was organized in response to recent allegations of sexual violence made by various Western students, allegations that have since led to arrests, police investigations, and strict policy changes from the University and the government of Ontario.

I’m here protesting today because of the 30 women that got drugged last week,” she said. “Myself and all of my friends have been assaulted at some point or another, we’re all survivors, and there’s a massive, massive widespread problem with violence against women, especially sexual assault on college and university campuses.”

McKaskell’s sentiments were shared by many of the speakers at the walkout, many of whom called upon the administration to do more to prevent sexual violence and make campus safer.

“If I am drunk and I smile at a man, and he assaults me, suddenly no one is too sure who to hold responsible. ‘It’s alcohol,’ they cry, ‘it’s party culture,’ but it isn’t,” said soph and co-president of the Red Zone Research Team, Teigan Elliot during a speech.

On Sept. 20, the university implemented new sexual violence training and increased security for all students in residence. There has been no timeline given as to when students outside of residence will receive this training.

According to the university, students will receive mandatory training regarding consent, personal safety, bystander training, gender-based violence and sexual assault. New safety measures such as adding special constable patrols from 7 p.m. to 3 a.m., 15 new security guards and four new special constables who will have the authority of police while on campus, including powers of arrest.

However, many speakers at Western’s walkout argued that the university must do more than what is outlined in the action plan.

“If you truly cared about us, the victims of your institution, you would be doing everything to ensure this doesn’t happen again,” said one of the survivors who spoke at the walkout. “This includes, but is not limited to, making sexual violence prevention training mandatory for all students and staff.”

For McKaskell, the response seen from the administration at Western is one she would like to see implemented at Fanshawe as well.

“I was actually sexually assaulted on a Fanshawe campus a couple years ago and never reported it because I was too afraid of the stigma of what would happen if I let that be known,” said McKaskell. “We have such a strong international population, we’ve got people coming in from all over the world. We should have a common standard for practice, so that everybody knows how to treat people. Especially for Fanshawe, we need to be setting a social standard for safety.”

With files from the Western Gazette.