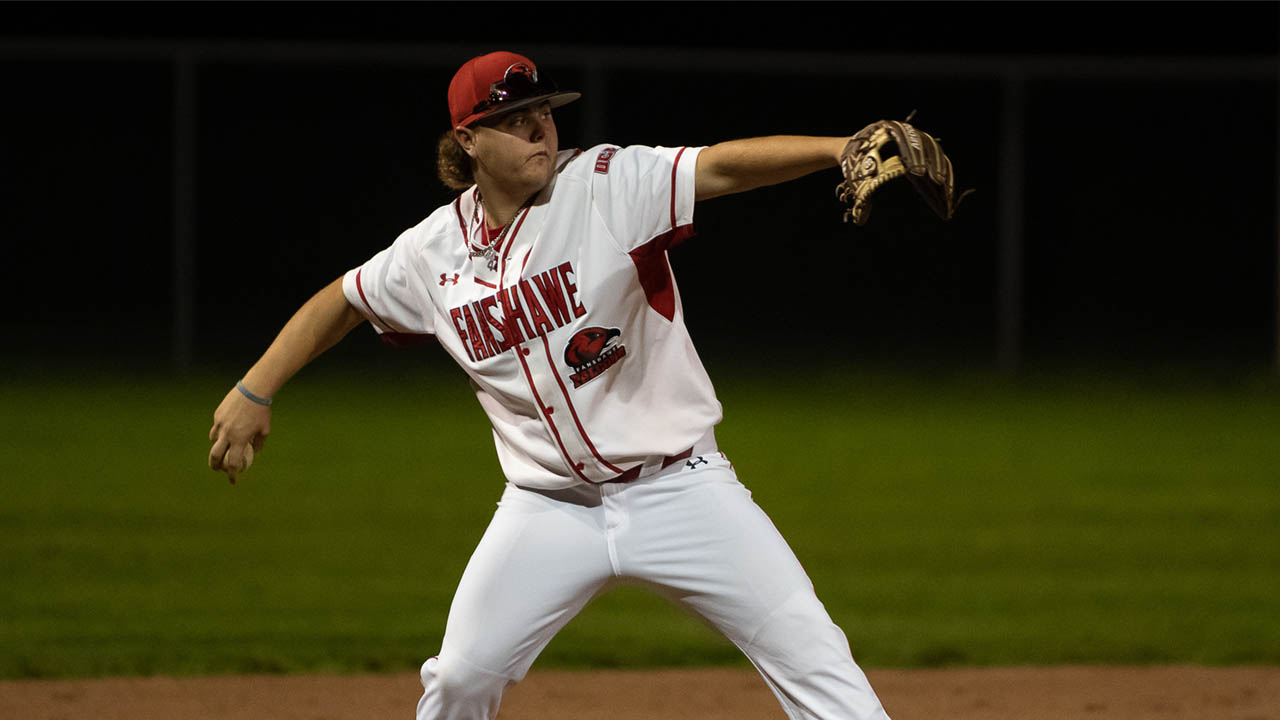 The Fanshawe baseball team finished their season on Saturday, Oct. 16 when their final two games on the schedule were cancelled due to rain. The doubleheader was to be played against Seneca College at Pulham Park in London after a disappointing outing at the same venue against Humber just three days prior. The back-to-back losses against Humber wound up being the last two games for the Falcons’ regular season, having gone into the doubleheader riding a seven-game winning streak. The Falcons ended up 7-5, meaning all seven wins came during that streak. Regardless, to win seven games in a row is an amazing achievement, especially after opening the season with three defeats. According to Falcons’ first year corner infielder Liam Carson, they have a talented squad but the roster is inexperienced with very few veteran players. With a shortened season due to COVID- 19, the rookies had to adapt quickly to overcome their growing pains.

“We’re a very young team,” said Carson. “We’re pretty much all first-years. There’s four veterans, so we were all not used to college baseball. We weren’t prepared for the 85 [miles per hour], guys throwing hard. Once we finished the first three games and realized what we’re up against, our team chemistry got better, our practices got harder, everyone bonded and became a family rather than teammates and communication became so smooth….we went on a roll.”

The team was riding the high of consecutive victories when the Humber Hawks came to town and beat the Falcons by a combined 19 runs over the doubleheader, the second game being a six inning mercy (10 run lead). Carson said that losing the two games against Humber did not hurt the team’s momentum and was actually beneficial for them, as they got to face some adversity.

“Those games really didn’t matter,” said Carson. “It just [changed] who we were playing [in the playoffs]. I think it was a reality check to be honest, Humber is one of the best teams out there and for us to win seven straight, I think we needed to get humbled a little bit. We all know we’re capable of winning.”

Carson did not dismiss the challenge his team faces if they want to achieve their goal of winning the provincial tournament.

“We can win OCAAs,” said Carson. “Humber and Seneca are crazy good teams but I think we still stand a chance.”

The task in front of the Falcons is daunting, but it is not insurmountable. In order to climb to the top of the OCAA mountain, the team needs to be locked in, playing their best ball. Carson said the team knows what they have to do to win.

“The only thing I see holding us back is errors. There’s obviously going to be errors, there’s no baseball game without them but I think we can’t let them get in our head. We have to let it go and be ready for the next play. You want the ball to be hit to you so you can bounce back from [the last error] and carry momentum into the next inning.”

No matter the outcome, the men have no reason to hang their heads. They should be proud of what they have accomplished this season.
Athletics Baseball Fanshawe Falcons OCAA

Sports and politics coverage continues to intertwine: Is it good or bad?