Why generational ‘cringe’ fashion returns to the runways 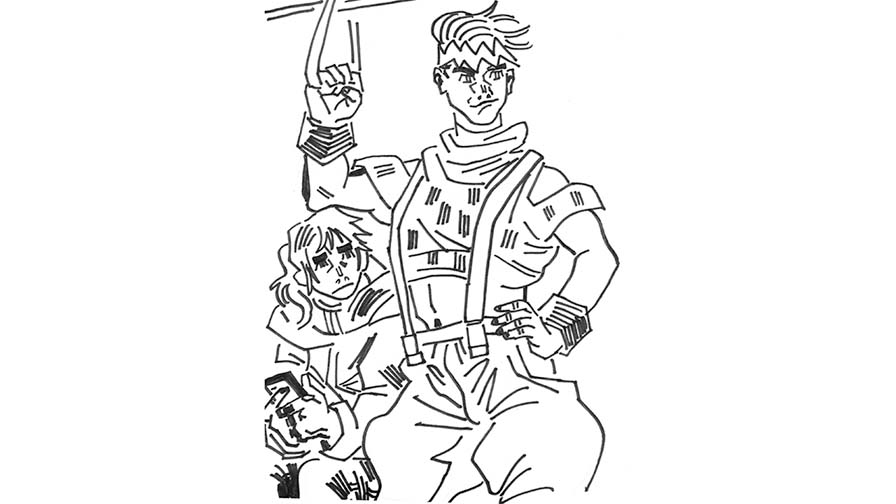 Fashion, over time, has changed drastically. From ‘poodle skirts’ to bell-bottoms, these trends come and go after each generation. But, somehow fashion keeps finding a way to repeat itself. In past decades and especially today, seemingly outdated fashion trends have found their way back to the racks and in style. The question is….why?

Fashion designers tend to spark inspiration from the past, particularly clothing from a specific time period. For example, many designers were inspired by the ancient Greek concept of draping, one in which there was little sewing. According to Britannica, “the garments for men and women were similar, consisting of oblong pieces of fabric in different sizes and materials, draped in various ways and held in place by ribbons and decorative pins.”

The simplicity of this style lets designers take their own creative liberties. Hence why the concept of draping is still used as the backbone for many elegant dresses set to walk the runways of today.

But returning fashion is not limited to clothing worn centuries ago. The clothing worn during the 1990s is actually very similar to clothing worn today. For example, crop tops, often worn for various occasions, can really be described as a “blast from the past.”

Different styles are coming back as well, the schoolgirl look being a great example. Plaid mini-skirts and white button-up tops are still associated with the depiction of a schoolgirl and are still worn today by a lot of people, only now these styles are referred to as ‘preppy.’

Even accessories are grouped into this world of returning fashion, and no accessory should be noted in this list other than the infamous scrunchie. First popular in the 1980s, scrunchies were said to be less damaging for your hair than alternative products. And with their fun colours and patterns, they matched the colourful and over-thetop aesthetic of the 80s, allowing for another welcomed introduction again in the 2010s.

In fashion, we’ve seen the return of the fanny pack, mom jeans, biker shorts, dad sneakers, and even UGG boots, all just in the last 10 years. All of which, I believe, is due to a mix of both social media and generational influence.

Each generation goes through different emotions and experiences. What our parents thought was cool 30 years ago probably wouldn’t seem as cool to us now. That goes for fashion, movies, TV shows, cell phones, forms of social media, and more. Our personal expectations of what we believe should be deemed ‘amazing’ can be rooted down to unconventionality; not based on something we’ve seen before.

Generation Z, or ‘Gen Z,’ is a big advocate for this. Responsible for bringing back those crop tops and scrunchies, to orchestrating the death of skinny jeans, this generation has been very vocal about what they want to wear, and are stereotypically known for their shorter attention spans.

I believe this makes it easier for designers to plan out their next big look. Designers love to take the ordinary and make it extraordinary. By expanding materials, shifting proportions, and exaggerating the design’s core meaning, almost repurposed looks are wrapped up as new and given to the next generation, all in a seemingly fast amount of time to coincide with the shortening of those attention spans.

What started out as mustaches and broken 3D glasses has now turned into Nike Air Force Ones and ‘vintage’ sweaters. The term vintage clothing refers to an item of another era that holds important and recognizable value. So, nostalgia really is part of the fashion cycle that churns alongside the new growing age of social media brought from this influential generation.

Fashion trends affect our society in different ways. It gives one an opportunity to be independent in their expression, and serves as a form of entertainment. Whether it’s making fun of the clothes we see today, or clothing from the past, at the rate these looks and trends are traveling, they’re sure to come back one way or another.
Fashion Generations

Comfort is the new school uniform