Local make-up artist sheds light on the lack of diversity 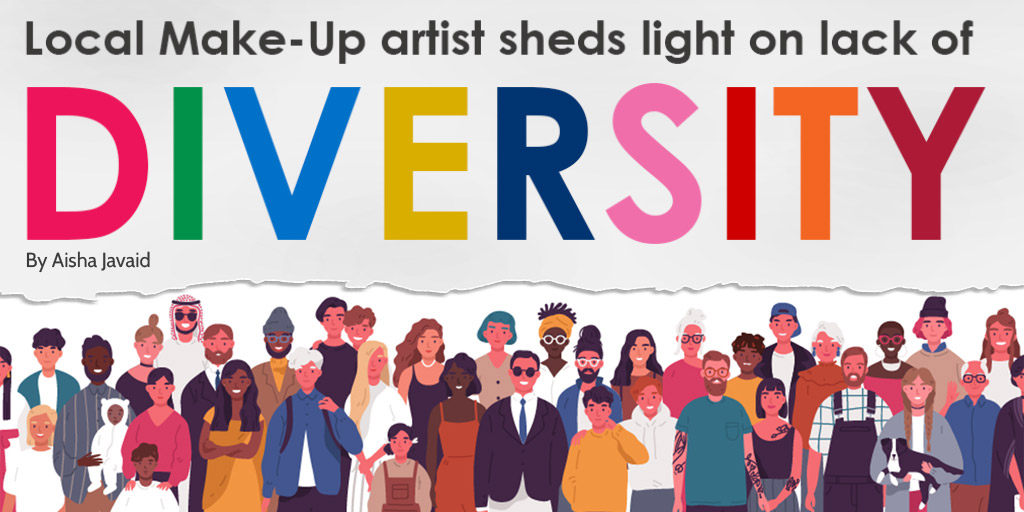 The beauty industry strives to be inclusive and help individuals of any race and gender achieve their most desired look. In essence, they want to help you make your lashes speak louder than your words.

A local make-up artist at Harlow & Veil Beauty, who asked only to be referred to as Kayla, offered some insight on the differences in demographics from one city to another in her industry.

“I’m from London but moved to Toronto for school,” she said. “I started working at MAC while I was in there. I moved to London after I finished school but continued to work for MAC. It was interesting to see the change of diversity from Toronto to London, especially as it pertains to make-up artists. In Toronto, Caucasian male and female make-up artists were the minority. There were a lot of Asian, Black and Indian make-up artists, which I feel we are lacking in that diversity here.”

Kayla said that some makeup artists are underlooked in London due to their race.

Moreover, Kayla observed that a lot of social media pages for make-up artists are filled with posts of Caucasian women in London (due to the demographics of the city). She felt that this may contribute to potential clients of diverse backgrounds under-estimating the artist’s skill set. However, Kayla believes that it is incredibly important for makeup artists to continuously learn and explore different styles of make-up that cater towards different backgrounds, as well as showcasing all their skills on their social media pages.

“I learned in Toronto, as a woman of colour, especially as a Black make-up artist and being in a diverse area, I had to learn how to do make-up for Caucasian people. I caught on to that very quickly because I really wanted to learn. I really hope that make-up artists in London are also willing to learn. I feel like it may be frustrating for clients to see other make-up artists who don’t have women of colour since London doesn’t have a lot of ethnic backgrounds. Like even for myself, I want to put more Black women, East Indian, and Asian women, but because nobody’s getting their makeup done by us. Instead, people reach out to make-up artists in Toronto and are even paying for their travel, because they think we can’t do their make-up,” said Kayla.

Being employed as a make-up artist at the cosmetic company, MAC, tremendously helped Kayla learn and find her niche in her industry.

“MAC is very much about all races, ages, and genders. So, it was very welcoming. You know, I was able to learn a lot about different skin-tones and skin-textures, because in Toronto there was a lot of diversity. At one point, I felt ready, I got all these techniques that I could do, and create a variety of looks. But, when I moved from Toronto to London, I went from doing a lot of dramatic looks to very natural and light makeovers,” said Kayla.

“I say that every single time I do a wedding, it is a success. It’s one of the most memorable days of our lives. So, just being there for her and showing up, like, once I’m finished with her makeup and she sees herself, her reaction, I love that, that’s my favourite part! That moment is definitely what I crave every single time I do make-up.”
Diversity Makeup

The loss of language and culture in Indigenous communities