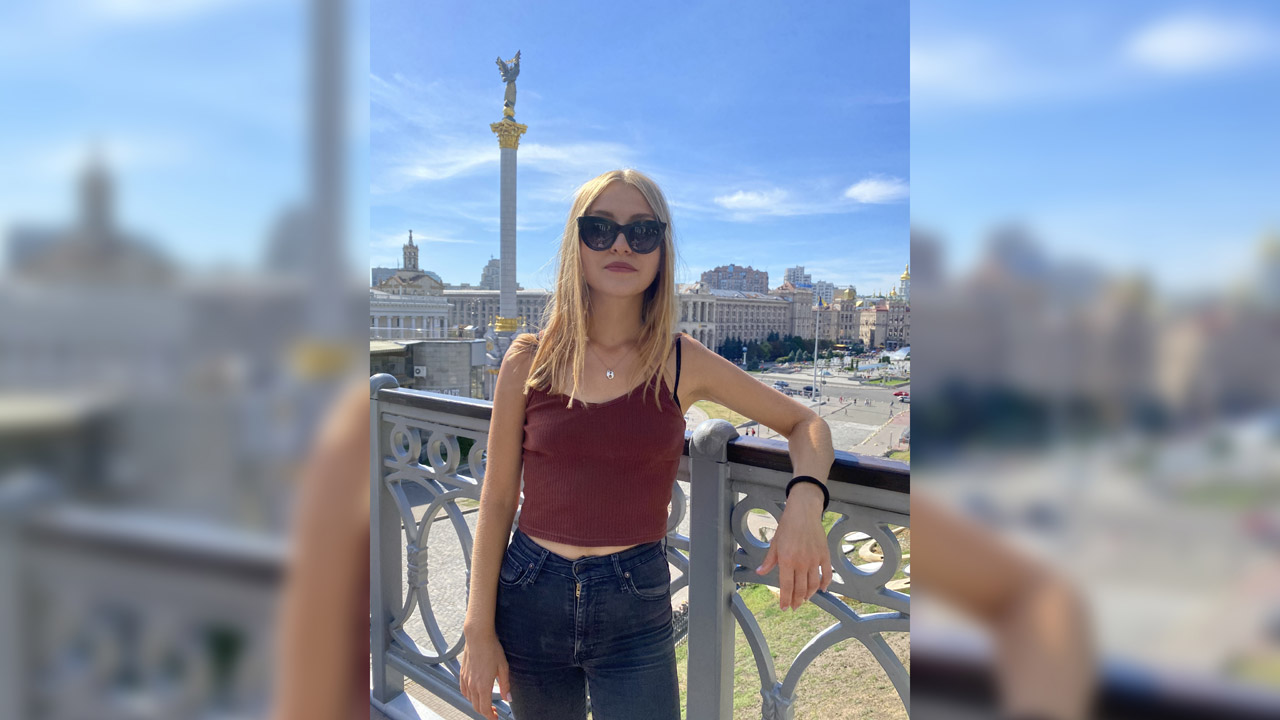 CREDIT: SVITLANA STRYHUN
Ukraine has been independent for 12 years already. But everyone still felt the pressure and understood the fact that Russia would not just give up.

They say you are never prepared for something bad and terrifying to happen. They also say that it’s hard to collect your thoughts and organize them in the case of an emergency. Yes it is, but not if you have been mentally prepared for this to happen from early childhood.

I was born in Ukraine in 2003. Ukraine has been independent for 12 years. But everyone still felt the pressure and understood the fact that Russia would not just give up.

Just over 100 years ago, Ukraine lost its independence to the Russian Empire that in the end, became the Soviet Union. It’s easy to think about the reasons – the Ukrainian army was not well equipped, and Western society was afraid of an independent Ukraine. Governors of European countries thought that the people who had spent 300 years under Russian rule up to that time were an even a bigger threat. Russia as an Empire was regarded as an enemy that they knew how to deal with, whereas Ukraine was something new. But those are not the main reasons; the biggest failure of Ukrainians in that war was thinking that Russians are friends and that they would help to build a modern, free society. In 1917, the main government in Ukraine, ruled by its first president Mykhailo Hrushevsky, decided that the country didn’t need an army. Almost 120,000 warriors were sent home and ordered to give up their weapons. And in 1918, Russian troops were in the Kharkiv region, where they killed innocent people that had no army to defend their country.

A decade after, in 1932, the Soviet government still thought of the Ukrainian people as a threat and provoked a massive famine in the northeastern parts of Ukraine. Millions of people died, mothers ate their children, husbands ate their wives. But for Stalin, it wasn’t enough. Ukrainian intelligence was still conscious about the death of Ukrainian people in the Soviet Empire. That’s why millions of people died in 1934, when the genocide called Executed Renaissance happened.

But that’s not all. In 1960, dissident movements appeared in Soviet Ukraine. There was a rebirth of intelligence and poets, filmmakers, and writers were persecuted as well. Their language – their main weapon – was prohibited, and deemed dirty.

All through this awful 100 years, Ukrainian people didn’t give up, because they are different. They are not Russians, they are independent and conscious of it. In 1991, due to the weakness of the Soviet regime, Ukraine became independent. But Russia was still present in the minds of the old generation of Ukrainians as a ghost of the Soviet Union.

But in 23 years, when Maidan happened (a wave of demonstrations and civil unrest in Ukraine), a lot of people got the idea that we should fight for our independence. It was expected, but still a shock. Many citizens thought that Russians were brothers, but they showed their real face on Feb. 24. The full scale intervention of the Russian army showed the state’s true identity to all those who were blind before. Again, it was expected. It is a paradox of this nation; it has a short memory. All those years we waited for this to happen. Now is the time for the Ukrainian people to prove to the whole world that Ukraine is free and sovereign.

Everyone is ready to die for this; for the idea of raising children in a free country. Those children, who are born in bomb shelters. We are at last positioning ourselves as a separate people, because all those lessons we learned through the last 100 years were not in vain. They prepared us for this fight and now it’s our time to make the world see the democratic and free society we are.

They say you are never prepared for something bad and terrifying to happen. But not when you are Ukrainian. In this case, you always are prepared. But this is a sacrifice for the future and it’s totally worth it. Ukraine will be rebuilt and will thrive, because it’s time. And I’m totally proud to be Ukrainian.
Editorial opinions or comments expressed in this online edition of Interrobang newspaper reflect the views of the writer and are not those of the Interrobang or the Fanshawe Student Union. The Interrobang is published weekly by the Fanshawe Student Union at 1001 Fanshawe College Blvd., P.O. Box 7005, London, Ontario, N5Y 5R6 and distributed through the Fanshawe College community. Letters to the editor are welcome. All letters are subject to editing and should be emailed. All letters must be accompanied by contact information. Letters can also be submitted online by clicking here.
Russia Ukraine

1
Lament for the Russian Orthodox Church
2
Mental health amid the Ukraine and Russia war
3
Examining the varied responses to the Pandora Papers
4
Ukraine wins Eurovision Song Contest
5
Life goes on: Why explaining the war in Ukraine is tiring, but necessary

"One size doesn't fit all," says Western prof on the lifting of COVID mandates

Knowing the functions of your FSU