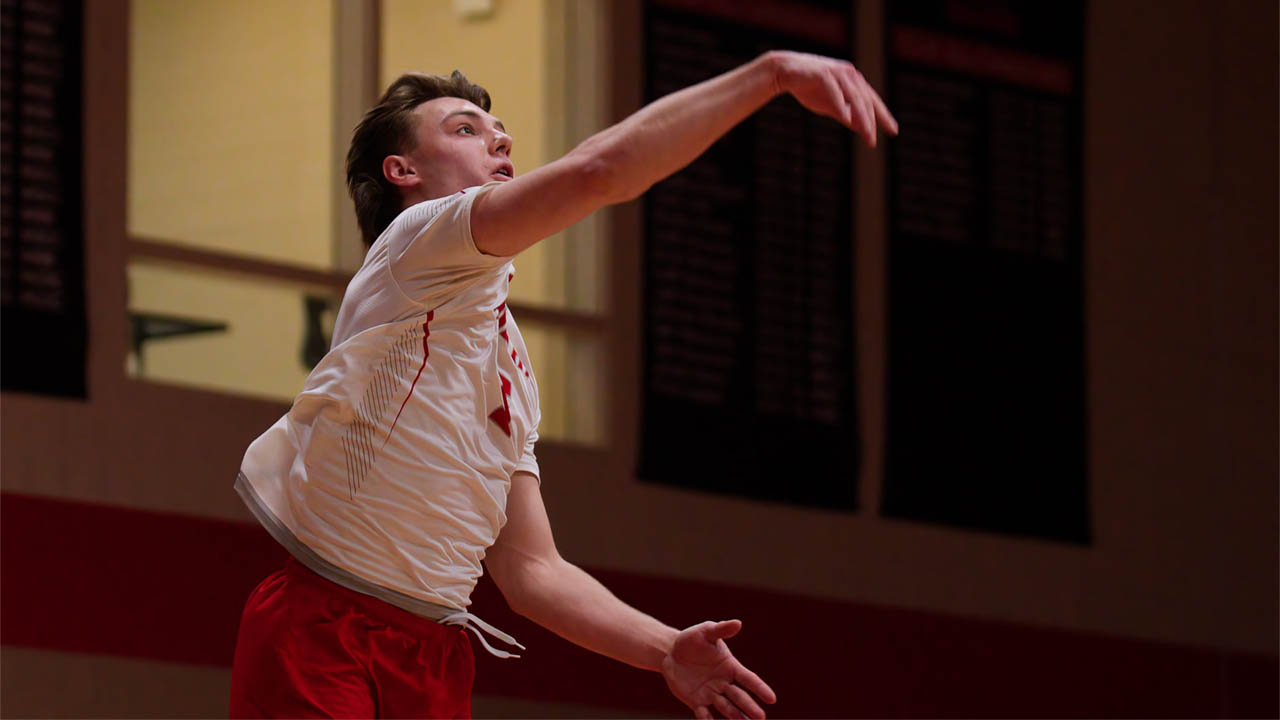 Sports returned to Fanshawe this September after the cancellation of all sporting events in 2020 and we want to recognize some of our outstanding Falcon athletes. Only winter sports will be considered for these awards as fall sports awards have already been handed out. While not official “awards,” these are our selections to recognize the efforts made by Fanshawe athletes this winter. Best Men’s Athlete, Best Women’s Athlete, Best Rookie, Best Coach, Best Team, and multiple All-Stars will be acknowledged.

We have gone with the only athletes to represent Fanshawe nationally this winter, San Dang and Arpitraj Sinha, the Falcons’ men’s doubles pairing. Fifth-year player Dang was just named athlete of the month by the Alumni Association and deservedly so, as the veteran leader of the pairing who brought home bronze from the CCAAs and silver at provincials. Sinha is a first-year student who head coach Steve Ruddach called “a singles player both at heart and on the court.” Sinha worked hard to adapt his game and eventually, the pairing really started to gel. Neither had played on a national stage before, and it’s safe to say they nailed it.

The women’s basketball season didn’t quite go as planned, only winning one game during the regular season. However they still got a crack at St. Clair, the ninth ranked team nationwide and took them to the brink of elimination before ultimately losing by four points.

Third-year captain Alison Cotton was the heart and soul of the squad and was one of the best defenders in the province. She held St. Clair’s top player to only six points. Over the course of the season, Cotton averaged 10.7 points per game and was third in the OCAA West Division in rebounds per game with 11.5. She also added 1.3 blocks and 2.0 steals per game. She was named to the OCAA West Division Second Team All- Star, which is an incredible feat, but she easily could’ve been a first team player. Defense always goes under the radar.

Patrick Johnston absolutely deserves some recognition for his devotion to Fanshawe athletics this season. Typically, the men’s and women’s teams have different coaches, but this year Johnston stepped up and coached both squads. Both teams unfortunately fell short of their goal to win the provincial tournament, but Johnston still coached the women’s team to three sets against the sixth ranked team and went .500 with the men in a very tough division.

Although there were many candidates for this award we decided to stick with the volleyball theme and give rookie of the year to Tanner Paterson. The first-year outside hitter was named the OCAA Men’s Volleyball West Division Rookie of the Year, averaging 2.4 points per set with 80 total points on 71 kills, five service aces and four blocks. He also contributed 49 digs. Head coach Patrick Johnston praised Paterson for his play this year.

“Tanner had a massive rookie season for us. We knew he’d be an impact player right away and it’s a shame that his rookie season got delayed a year. The second half of the season he was nearly untouchable, and we can't wait to see what he’s capable of moving forward. Paterson joins a stellar group of athletes in our program who have been Rookie of the Year,” said Johnston.

Who else could it be? The Fanshawe men’s indoor soccer team made history this season by winning the first ever indoor soccer OCAA title in school history. Led by head coach Rob Pereira, this team not only won the OCAAs, but did it in the most dramatic fashion with a penalty kicks win in the semi-finals and overcoming their 5-0 loss to Humber in round robin play to beat them in the finals 2-1. Unfortunately, the team was not able to test their skills against the nation’s best due to the cancellation of CCAAs.

Last but certainly not least, we have nine athletes who fell short of awards, but had amazing seasons and were very deserving. This list truly could have been much longer, but after heavy consideration, it was narrowed down to nine:

Summer is for supporting local in London, Ont.

Will it be another summer of Styles?