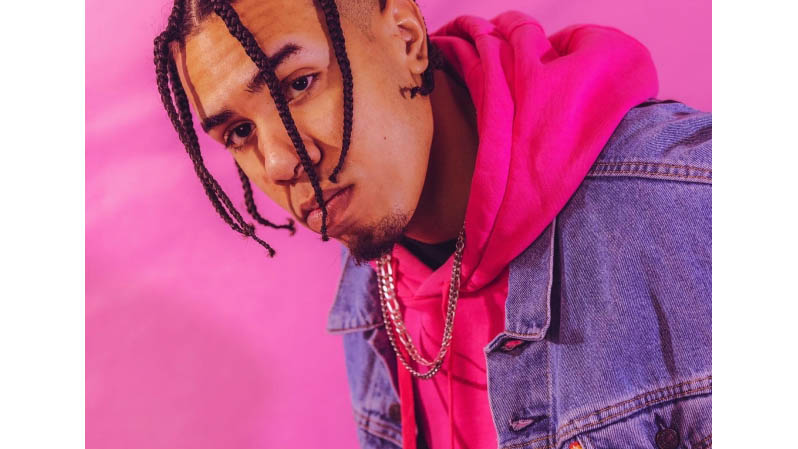 CREDIT: LONDON MUSIC OFFICE
Uncle Cobes (AKA Coby Bowen) has been making a mark in London alongside his producer JrsXWorld (Jake Heckford)

After a long journey, the duo said they’re grateful for the welcoming and inspiring Forest City. “I knew this was gonna be the path I wanted to take,” said producer Heckford. “It’s gotten me to this point, but I’m sure it’s gonna take me a lot farther. I think I’m going to work with a lot of new people, and look forward to just making connections.”

Arriving from Brantford, Bowen came to London to continue his career growth.

“I’ve been making music and my sound in my own city quite popular and trying to do the most and then eventually once I outgrew Branford with my sound, I just wanted to network more, meet more people do all of this stuff,” said Bowen. “I decided to come to London and while here I also do some school. I’ve just been working hard, just making music. I’ve been making music for like four to five years now.”

Entering Fanshawe’s MIA program was a wild card for both musicians, according to Heckford.

“The plan wasn’t always to go to MIA, but it definitely seemed like the best choice,” he said. “I feel like MIA is a really good program if you want to learn everything about the music industry, because a lot of them are focused on certain aspects. I think this is really good knowledge of the whole industry overall.” Bowen added that his journey with Fanshawe did not begin in MIA, but rather in Radio-Broadcasting.

“I switched to MIA because I learned I didn’t really want to do that. I was also making music, so I just took the big, big step of just fully committing to music.”

Similar to many Fanshawe MIA alumni, Bowen has signed on with the London Arts Live program.

“It feels cool because I was only going to be in London for like, a year or a year and a half,” said Bowen. “Now, we’ve made a lot of connections, and a lot of people have really started to notice us and like what we do. Being with London Arts Council and all of these other London community support and shows as well, the community has really helped us a lot and shine light on us. It helps us out with our future because we’re gonna be here for another year, maybe even more and just keep working.”

A huge step going forward for the artists is to cement opportunities for their future.

Working side by side in their musical process, Heckford broke down what it’s like together in the studio.

“It’s a fun process. Like most of the times, [Bowen is] sitting in the room with me while I’m making the beat. And then he’s writing to it as I’m making it. By the time I’m done, he has a hook and verse done. Then we just export it and record it on the spot. It usually takes a couple times going back and revising and fixing stuff, but that’s usually how it goes. It’s kind of made for him when I’m making the beat, and then we go from there.”

Bowen added the process together is also a unique experience

“I kind of know how [Heckford is] gonna make the beat and go with the beat. So I already kind of have some stuff down and then as soon as he’s finished making the beat and everything we just hit record. The first draft is obviously like a rough draft. But we get quite a bit of stuff done pretty quick too, we’ve made like a decent amount of songs pretty quick.” Heckford noted the synergy shared amongst the duo is key to their success.

As for their sound, Heckford said it’s hard to describe as he experiments with an extensive list of genres.

“I feel like a lot more producers need to do that too. Because it’s almost like there’s a mental block when it comes to that kind of thing. A lot of the time it’s, ‘I don't know how to make Lo-Fi music’ or, ‘I don’t know how to make R&B music,’ but if you just try, it might work out. I say, I make all genres because I really like R&B music, I like hyper-pop music, I like jazz, I make everything and I find that it also helps me grow as a producer because if you just stay in a box, you’re not gonna go anywhere, you know?”

To accompany Heckford’s beats, Bowen highlighted that while the songs are easy and fun to dance to, the lyrics can reflect a deeper and more emotional side.

“Me and [Heckford] also just are making a whole bunch of different stuff. And it’s also how I feel and certain moods sometimes. Most of my stuff, it’s like a beat pretty high, I also have some darker stuff where the lyrics are more sad, but it will also still be more upbeat and people are able to dance to it and vibe, but if you actually like listen to some of the lyrics, he's actually heartbroken on the song. I just have a whole bunch of different stuff.”

This summer, Uncle Cobes and JrsXWorld already have plans to perform in London.

“The whole London scene and everything, it’s all really cool and everyone showing love to us, we’re just gonna keep consistently working hard and doing our thing to just keep getting our stuff out there and my manager James O’Rourke has really been helping us a lot,” shared Bowen. “This summer, London will definitely be seeing more shows from us, more videos, more content, everything. It will just be a whole bunch of more work put in. We don’t know what’s gonna happen in the future, but what we have planned for our future is quite a lot.”

Heckford said he is extremely appreciative of the love and support shared by the London community.

“I’m appreciative that this is happening, and we’ve only been here for a short amount of time, and we’re already getting a lot of love in London, it’s crazy. I’m from Toronto, so it’s a nice change of pace, seeing a lot of artists who just want to collaborate and love the artistry of making music here, it’s awesome.”

Upcoming movies to look out for this summer